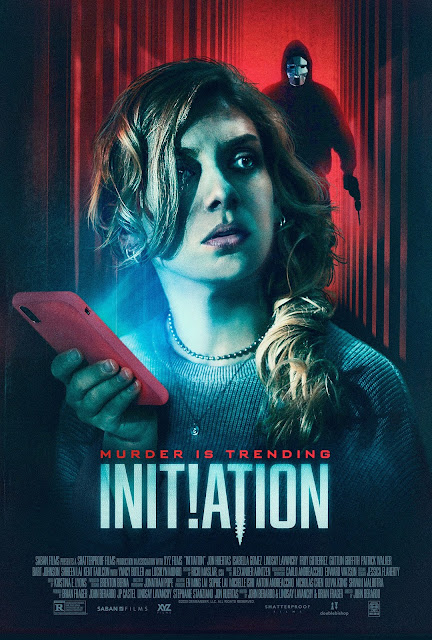 The film, “Initiation” revolves around a university fraternity/sorority system where a killer is knocking off college students one by one. An exclamation point is left as the symbol and the audience is wondering who is responsible for the body count.


The cast is young and pretty/handsome. The killer is masked. And the ending is believable (which is a good thing as many times in thriller/horror films it isn’t).

(Still from the horror / thriller “INITIATION,” a Saban Films release. Photo Courtesy of Saban Films.)
I think some viewers may be turned off by the deaths in the film, if they were hoping for more of a thriller. For the horror fans, they’re not going to get enough gore in the film. So, “Initiation” is sort of trapped between two genres.


It was an enjoyable film, especially the second half of it when things start to intensify. If they had tipped the scales more in one genre or the other, I think the film would have worked even better.