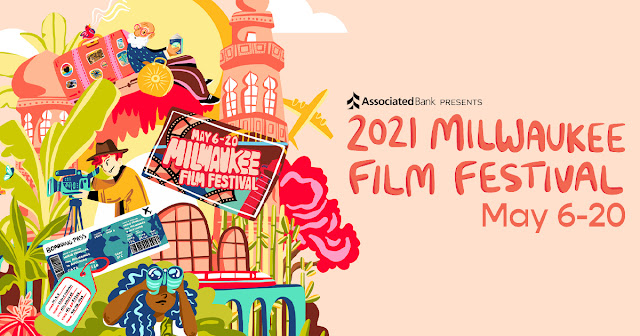 The pandemic of 2020 (and the first part of 2021 thus far) has forced many film festivals to either skip a year (which many did in 2020) and/or look at a virtual experience for 2021. The Milwaukee Film Festival went virtual this year which for someone like myself in Seattle was a welcome shift as I could now “attend” the festival virtually.


Having covered two other virtual film festivals earlier this year, I decided to take the same approach with the Milwaukee Film Festival. Instead of reading the “must watch” lists and other recommendations, I looked through the program each night and decided what caught my attention is what I would view. Sometimes a mood dictated the pick while other times the subject matter or genre influenced my viewing.


Here in no particular order are the films I viewed so far and capsule reviews of each.


I love a good documentary film. I was interested in “Stray” back in February of this year when Magnolia Pictures started airing the trailer on social media. I was fortunate enough to be able to view the film a few days before the festival officially opened.


Elizabeth Lo (director/writer/producer/editor) really brings the audience into the world of a dog in Istanbul Turkey. The randomness at times may take some getting used to but once you do, the narrative is quite layered with themes of class society, other living things, and how some countries get it right, and some countries get it wrong.


I am a metalhead. I saw a different mini documentary a few years back about metal on the Rez and it was an interesting watch. This film was a no brainer for me to check out. And I’m glad I did.


The documentary follows one band I Don’t Konform around as they fight to get known. They manage to get Flemming Rassumusen (well known Danish producer of the early Metallica albums) interested in their project and that’s really the crux of the film. The other storylines revolve around life on the Rez, the impact that the Rez life has had on the musicians living there (either country or metal it seems), and what lays ahead.


You do not need to be a metal fan to enjoy “Rez Metal”. The human interest and historical perspective will educate any cinephile. 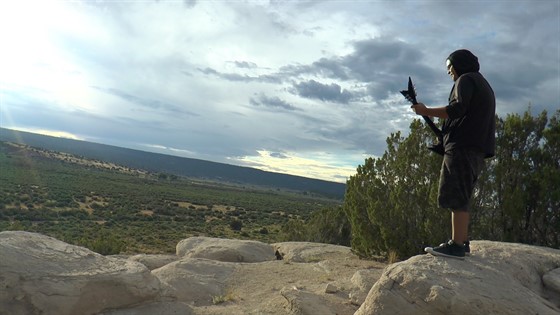 
I wanted to see this film during its run with the SIFF but I couldn’t find the time. Luckily, it was available through the Milwaukee Film Festival. Based on true events in the early 1990’s in Montreal Canada, the film centers around young “Beans” (a family nickname) who is a middle school aged student trying to fit in. She excels in school but like many teens starts seeking the approval of her peers instead of the adults in her life.


The Native and political issues of the time come to a heated clash where Beans and her family are forced to take sides.


The hatred and bigotry featured in the film was hard to watch but oh so necessary. Even though the film was depicting events from thirty years ago, it was extremely relevant to what’s going on today in 2021. 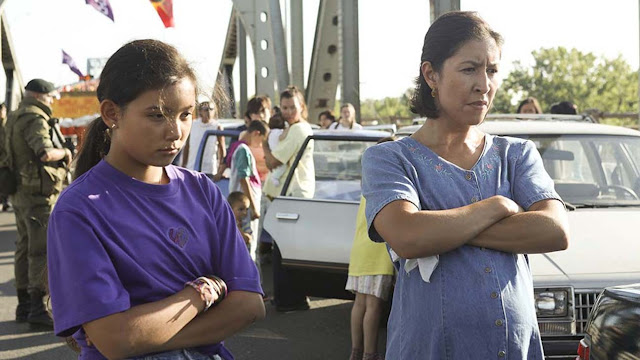 
This film starting Steve Zahn started off strong but then started to meander a bit for my liking. The story follows mom and son who is transgender. Mom is in denial while estranged dad is more understanding. Dad takes son away and they go on a venture toward Canada. As you can guess the themes are many and very topical. The execution works some of the time but misses the mark other times. 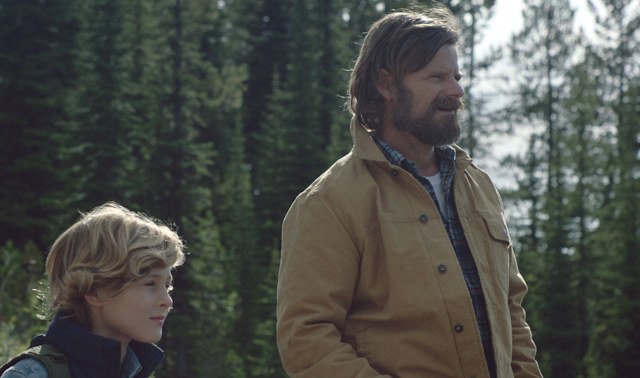 
A thriller/horror film about a mute son and his father, “The Djinn” really sets everything up nicely. The viewer isn’t exactly sure what’s going on, what happened to the boy’s mother, and what the evil is that’s inside the home.


There is a twist that works in a tragic but understandable way. It’s very much a case of careful what you wish for.


This documentary was very well done as it focuses on one high school in California that is known for being a high achieving school - and a public school at that.


It has a high Asian student body and the focus is on the college exams for many of the top schools in the country and world.


The film was honest and direct yet the human interest element was prevalent throughout which made it easy to watch and relate to the high school students as they stressed about scores, grades, their families expectations, and everything else that comes with high school top students. 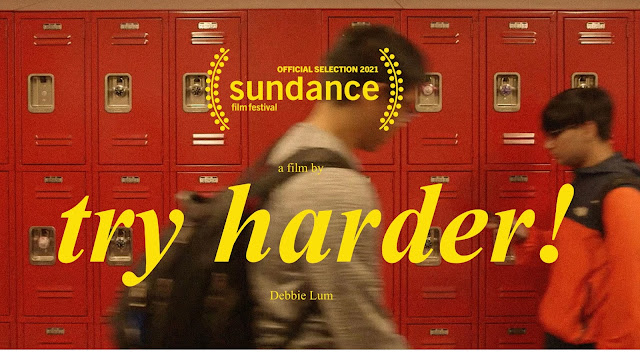 
A Norwegian documentary about a mother pig and her piglets, a one legged chicken, and a cow, this film was interesting at the start but about half way through it became redundant. I think if it had been edited down 15 minutes or so, it would have had more of a cinematic punch.


The final scenes were dramatic and definitely carried a message, though. 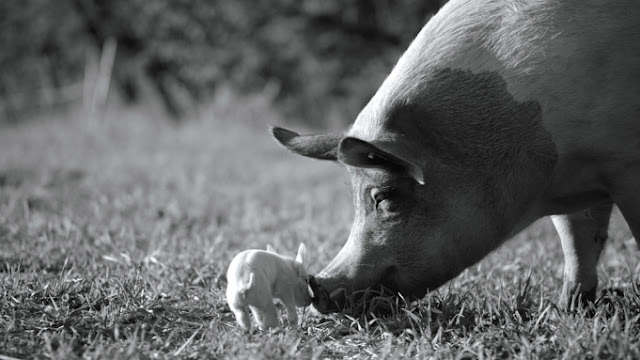 “Blackfeet Boxing: Not Invisible”
5 out of 5


The missing and murdered indiginous women issue is no longer in the background in American society. The short film “Blackfeet Boxing: Not Invisible” takes a look at the issue but also one man’s approach to training the young women (and men) on the Rez how to defend themselves.


The film is direct and unapologetic. I would love to see a feature length documentary tackling this subject by the same very capable creative team.


“Luchadoras” focuses on three different luchadoras in Mexico. It follows their day to day struggles and their love of lucha. It, too, address the domestic violence or femme violence toward women in Mexico. Both films are worth watching. 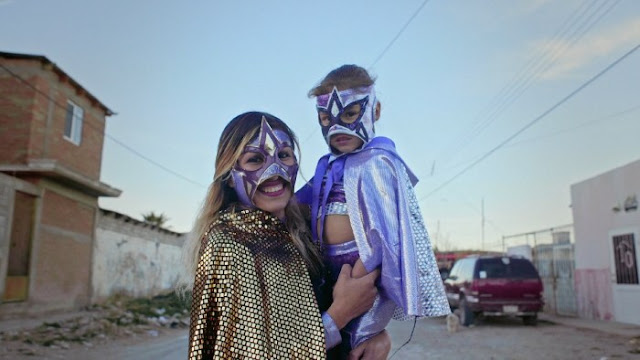 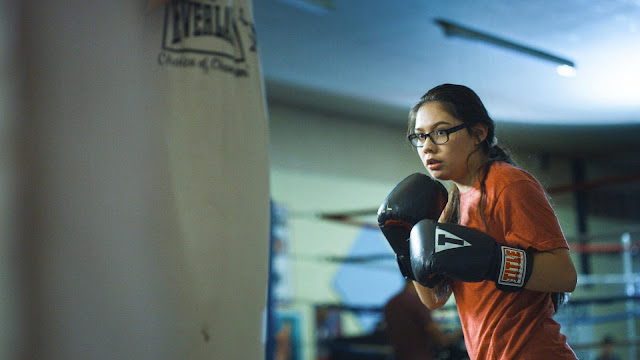 
A music documentary about Poly Styrene (X Ray Specs and her solo work), a bi racial punk pioneer, the film was interesting and absolutely educational. Her mental health battles as well as her inspiring music as narrated by her daughter were something I was not aware of before. The documentary flowed nicely and definitely kept my interest. 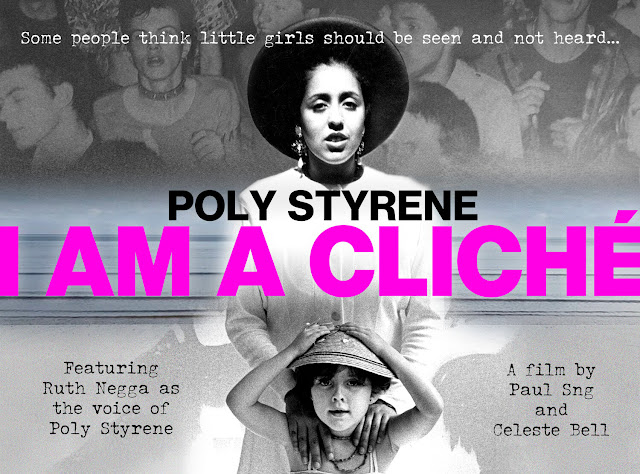 
I was in the mood for a fictional film and this one really surprised me. A feature from Spain, there is no spoken dialogue, only the occasional laugh or scream. The premise centers around a drug addict that has a newborn baby. She is no condition to care for it and one episode while passed out, her landlord writes a phone number on her hand.


She calls it and ends up giving up her baby for adoption. Having some regrets, she journey’s to find her baby and get it back. That’s when things take a creepy turn as the house where her baby is located looks like something straight out of Grimm’s Fairy Tales.

“Baby” is unique and unlike any film I’ve seen recently. Recommended. 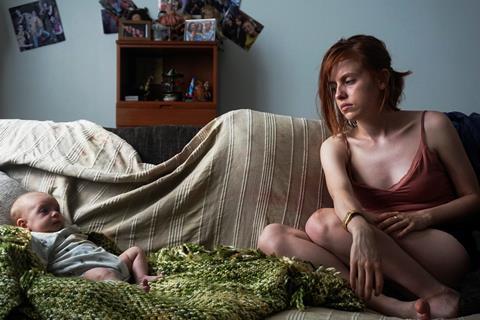 “POTATO DREAMS OF AMERICA”
4 out of 5


An autobiographical feature written and directed by the subject: Wes Hurley. The film follows young Wes and his mom and grandmother while living in the former Soviet Union. Mom and son are invited to live in Seattle, WA by a man who finds her in a mail order bride catalog.


All along the other issue at hand is Potato (Wes Hurley’s nickname) coming to the realization that he is a gay man.


The film comes across like a theatre production with a light tone and plenty of comedic scenes. The subject matter could have taken the film into a very dramatic area but instead tells the story fully without becoming overly preachy. 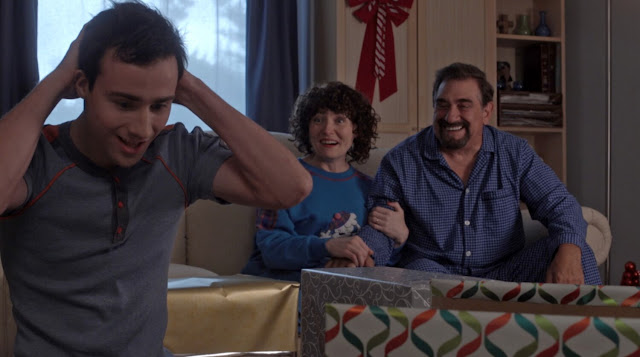 
A fascinating documentary about the great musician Billy Tipton. After his passing it was discovered by the mainstream media that he was born/assigned a female. The film has several interviews with family and friends as well as narration of Billy’s own words. 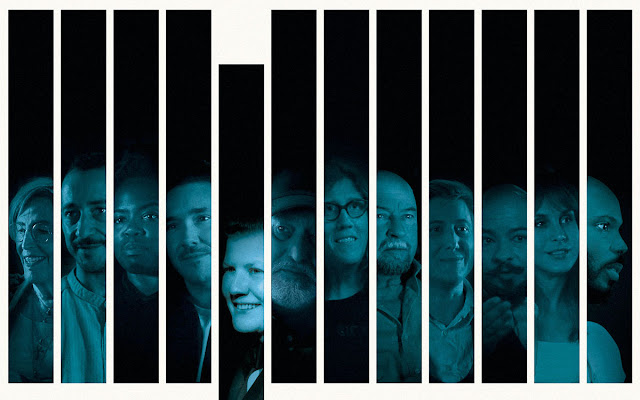 Watch my live-stream interview with Dr. Stephan Pennington (featured as an interview subject in the film):
***


I thoroughly enjoyed the 2021 Milwaukee Film Festival. Thank you so much to the organization for allowing me to partake in the festival virtually.


I hope many of the film festivals consider a hybrid model in 2022. While I understand that local theaters need all of our support, I also see the business side of things where a virtual program (even a partial one) can not only get the word out about the festivals and the films themselves but also generate some additional revenue from viewers around the country (if not the world depending on region restrictions).

Posted by Eclectic Arts at 3:56 PM