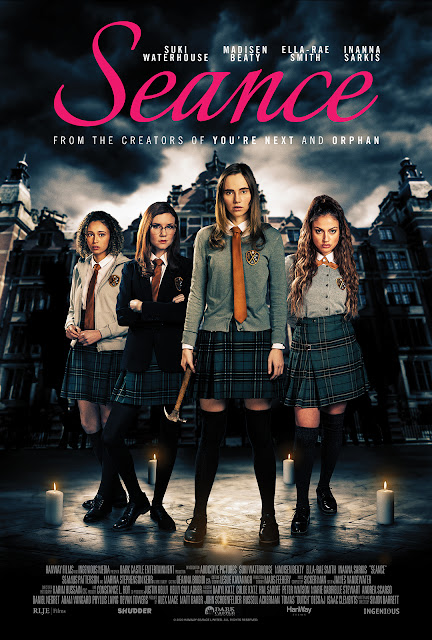 The new film, “Seance” centers around a group of high school students at a private elite school. A student falls to her death and then the real horror mystery begins.


A new student enrolls and moves into the room where the deceased student once lived. The body count starts to increase as a mysterious killer is on the loose, terrorizing the campus.


“Seance” definitely held my interest throughout. It is shot and directed well and the performances from the cast were solid throughout the film. 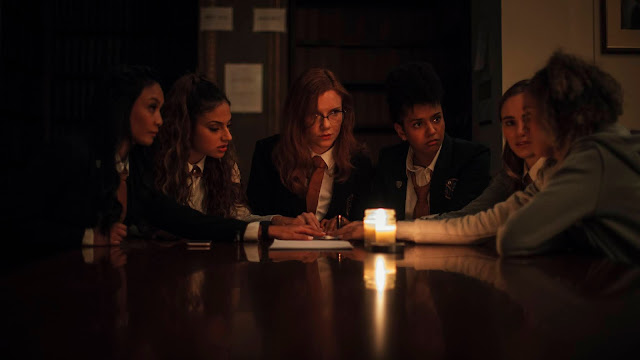 The ending “explanation” was a bit convoluted but it did pack a well deserved punch for the audience. My only complaint during the finale was the soundscape used - it was incredibly jarring and not in a good way. It actually distracted from the impact of the scenes. Having worked as an audio engineer with sound placement, I couldn’t help but notice this.


Outside of that, “Seance” was a notch above some of the other recent horror offerings.