The Flowers of Passion: Stories From the Japanese Underground Idol Scene - Episode 01
Reviewed: 1/25/2021
Rating: 5 / 5
BUY OR RENT THE EPISODES HERE! 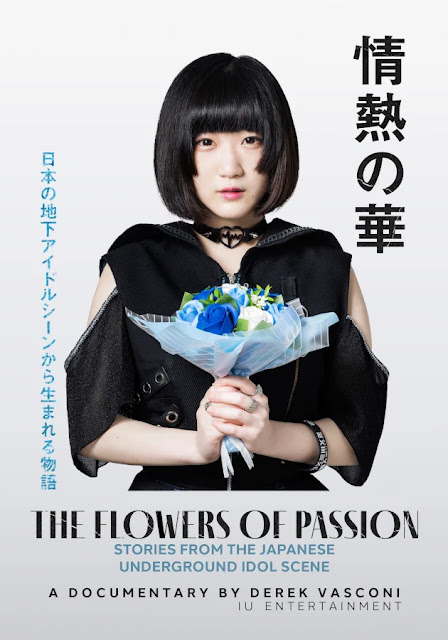 
The new documentary series from Derek Vasconi and Idol Underworld has arrived. As of this review, there are two episodes out with more on the way.


For the Japanese Idol fan, this is a must-see series. The behind the scenes of the Idol movement is extremely private as most fans know. They present what they want to present to their fans and the public and that’s it.


This is what makes this documentary so invaluable. Derek has been granted unprecedented access to the Idol world. From the Idols themselves to the creative powerhouses behind the groups, “The Flowers Of Passion” shows many facets to the Idol underground world.


The first episode is filled with interviews that are eye opening and enlightening. There is live footage mixed in with fan merchandise interaction as well. Basically, no stone is left unturned.


For those that are new to the Idol scene the whole phenomenon may seem a little hard to digest at first. But, I can almost guarantee it will come across as at least an interesting documentary to watch. It also wouldn’t surprise me if your curiosity is piqued enough to look into the groups and performers once you’re done.


The episodes are subtitled for English speaking/reading viewers so both east and west can enjoy “The Flowers Of Passion - Stories From the Japanese Underground Idol Scene”.