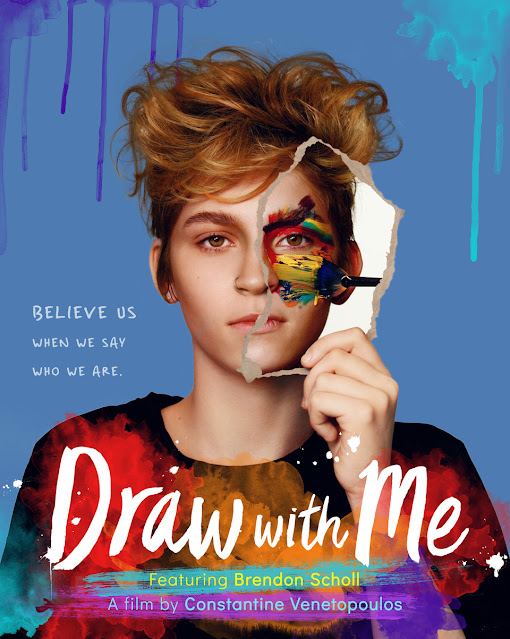 (Ithaka Films and The Onassis Foundation)

The short film “Draw With Me” tells the story of Brendon Scholl - a trans youth who uses art as an outlet to express their emotions.


Forget about the family ties to Jennifer Lopez or the appearance of (now) President Joe Biden. The real star here is Brendon and their story.


On one hand the film hits all the right notes about how Brendon tried to come out to one of their teachers, how that decision basically forced them to come out to their parents, and how the extended family handled the news.


On the other hand, the film could have delved deeper into the background, the coming out, and the now (college). It is a captivating short film that could have been at least an hour long - maybe more. In other words, I wanted more. 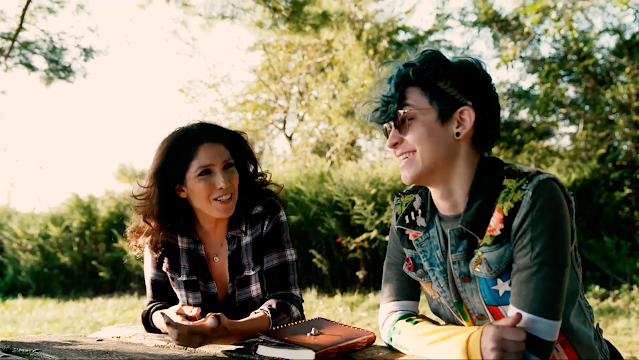 (Ithaka Films and The Onassis Foundation)

The art aspect is on display but it really seems almost second fiddle to the coming out story. I would have loved to have seen more about the art and how it’s progressed over time, what each of the paintings meant to Brendon, and so on.


The film also touches on Brendon’s suicide attempt. It also mentions how nearly half of trans youth will attempt suicide before they are 25. I would have liked to have seen more awareness regarding these issues brought up surrounding trans youth and the struggles they face.


“Draw With Me” is a well done, inspirational short film. It is absolutely worth watching.