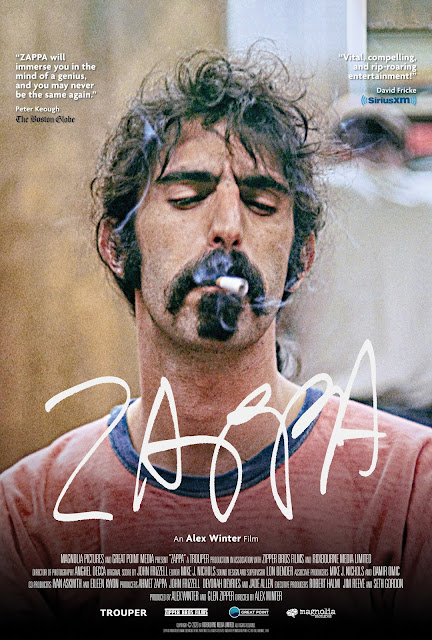 There are many musicians and artists that I am aware of but really don’t know much of their story. Frank Zappa is one such artist. I’ve always associated him with his testimony during the 1980’s trial against the PMRC and guitarist Steve Vai (one of the many monster musicians that have played with Frank over his career).


The documentary “Zappa” is a fascinating look at one of the most unique musicians in the history of music. The film is narrated through various clips from Frank over the years as well as his wife and the many artistic collaborators that worked with Frank.


As directed by Alex Winter (of “Bill and Ted” fame) the film goes from the early days all the way up to Frank’s passing at the end of 1993.


Clearly an intelligent man with a distinct point of view, the various decades of his work show how he did what he wanted over the years. If he didn’t like something, even on stage, he would say so. When he wanted to put out a box set and the record company said no, he then went and recorded the last 4 contractual albums he owed Warner Brothers and then left to start his own record company (which was pretty much unheard of back then). 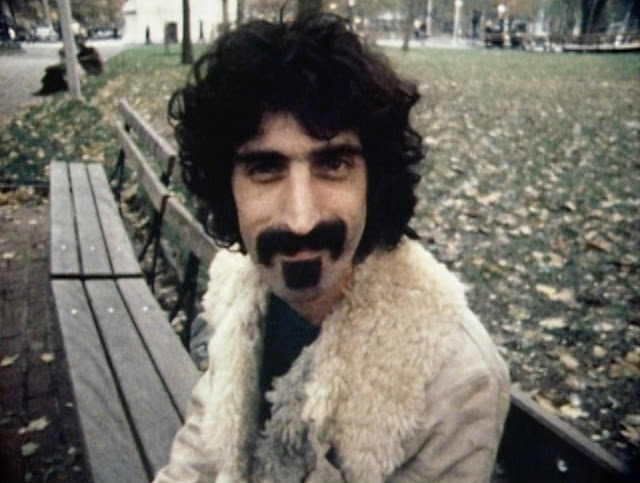 (Frank Zappa in ZAPPA, a Magnolia Pictures release. Photo credit: Roel of Kiers. Photo courtesy of Magnolia Pictures.)
Frank was a pioneer for freedom of expression and backed it up by testifying when the PMRC were on a witch hunt to ban certain artists' recordings. He was one of only three artists standing up in front of Congress for artistic expression.


He wrote many orchestral scores over his lifetime. He bluntly explained that he wanted to hire musicians to perform his music so that he could listen to it at home. He wouldn’t cut corners or make sacrifices if it meant the art was diminished in some way. You have to respect that.
It must also be mentioned that the vast array of top notch musicians that have worked with Frank over the years is just mind boggling.


“Zappa” is being screened for one night only in 100+ theaters around the country on Monday November 23rd. Following the credits additional previously unseen footage from the Zappa vaults will be shown.
Here locally the film hits VOD on November 27th through the Northwest Film Forum.


It is a worthwhile documentary about an incredibly unique and important artist.