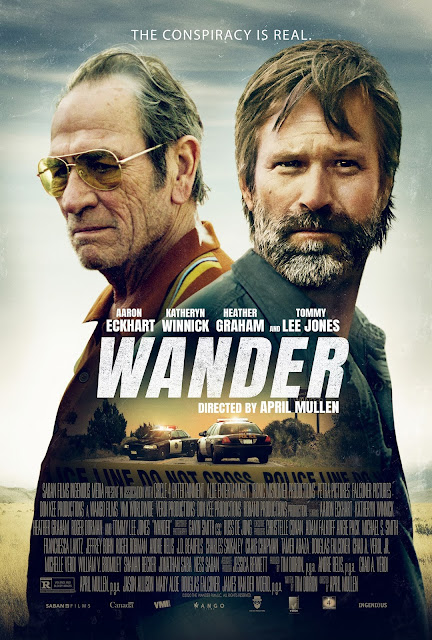 (Saban Films)
With the way this year has gone, both the pandemic and the election cycle, there are more conspiracy theories now more than ever. The new film “Wander” taps into the conspiracy side of things with great success.


Arthur Bretnik (played by Aaron Eckhart) is a private investigator with a haunted past. He is hired to investigate a murder in the town of Wander. The further he investigates, the more he believes a conspiracy is behind not only the murder but is also connected to the death of his own daughter. 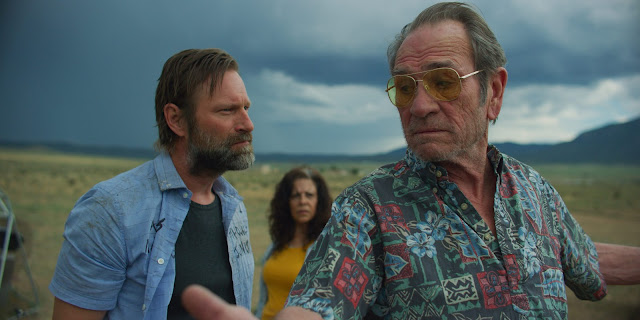 The film is presented in such a way that it twists and turns much like a conspiracy theory. You’re not quite sure what to believe, is everything as it seems, etc. Aaron Eckhart does a masterful job of playing Bretnik. He is in basically every scene and the audience follows and most likely believes what Bretnik uncovers. No spoilers here.


Tommy Lee Jones plays Jimmy Cleats - a friend of Bretnik’s in the film. There is good chemistry between the two actors and I wish they had written Tommy Lee Jones a bigger part. Heather Graham plays Shelley Luscomb who is Bretnik’s friend and lawyer. It was nice seeing her on screen again. 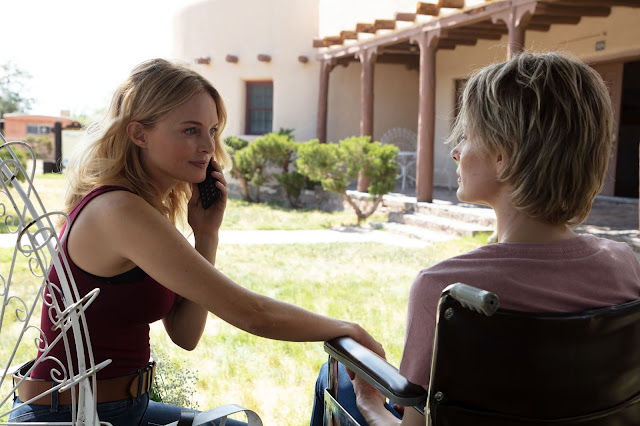 “Wander” is a compelling film that has enough surprises that the viewer is left questioning exactly what they just saw, very much like a good conspiracy theory.


If you believe in such things, you’ll want to watch and re-watch “Wander”. If you don’t, you’ll still be entertained.