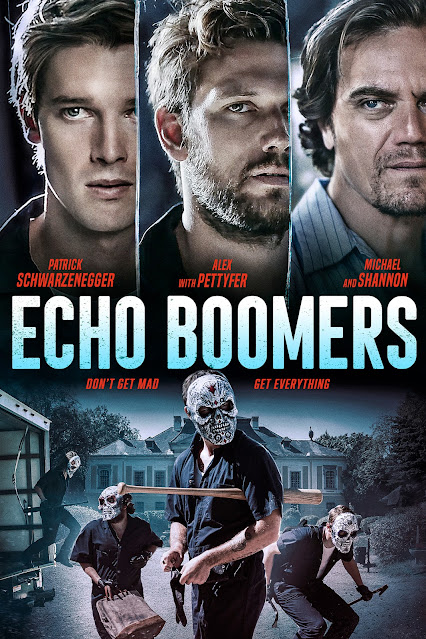 A young group of thieves rob the rich in the new thriller “Echo Boomers”. The film does its best to appeal to the eye and the mind but it comes up short.


The overused phrase all style and no substance comes to mind. The movie looks good. Slick, well shot, and with plenty of eye appeal. But the story itself is flimsy at best and the back story that should give the story its emotional weight just doesn’t work. 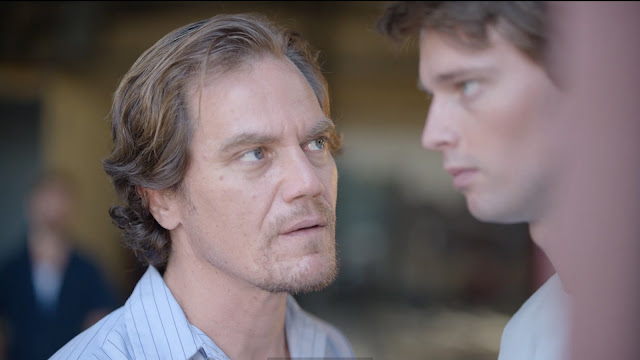 Patrick Schwarzenegger plays the lead character of Lance who is just out of college looking for an Arts related job. With no prospects, his cousin offers him a job with very little details. Lance finds out that his art expertise is being used for robberies of the rich and maybe famous. Initially disgusted by the whole scenario, Lance eventually finds the adrenaline rush of committing robberies too hard to resist.


Michael Shannon plays the man with the money, Mel. He has the newest home addresses for the crew to hit and sells their goods to buyers overseas. 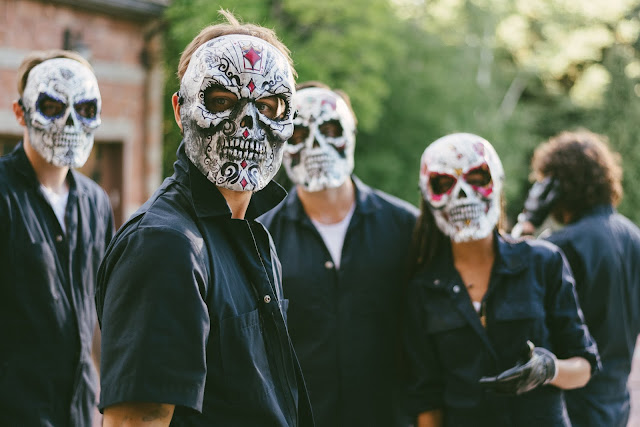 “Echo Boomers” might appeal to a younger demographic but even then, the film doesn’t deliver on its appealing premise.