The Shadow Of Violence 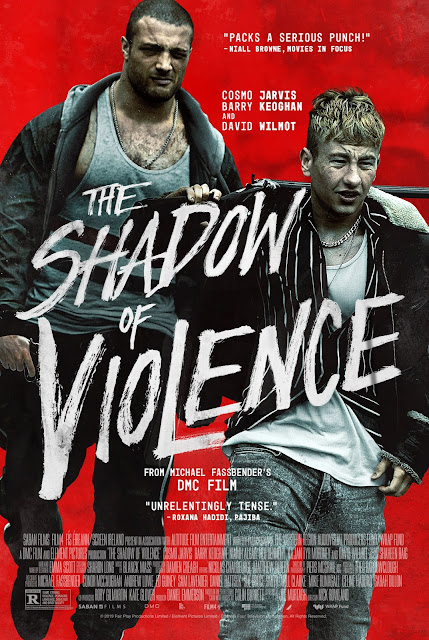 I am a sucker for a film when it drops the audience immediately into the world of the characters from the start of the movie. In this case “The Shadow Of Violence” delivers some violence right out of the gate.


Douglas “Arm” Armstrong (played by Cosmo Jarvis) is a former boxer that is now working for the much feared Devers family in Ireland. As the enforcer he is expected to do as he is told which he does. But, then a situation arises where he must make a decision between following orders or following his conscience. 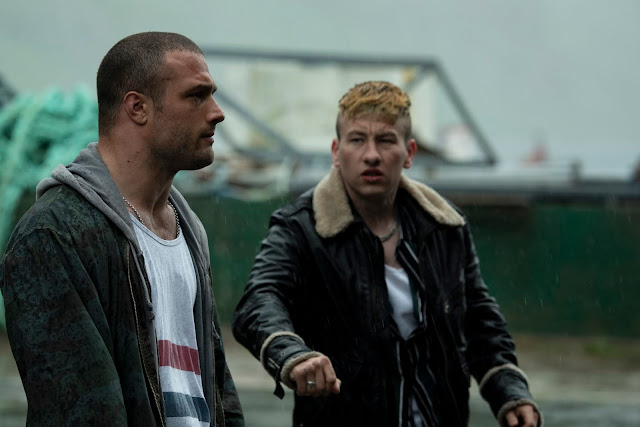 ((L-R) Cosmo Jarvis as Douglas “Arm” Armstrong and Barry Keoghan as Dympna Devers in the thriller film “THE SHADOW OF VIOLENCE,” a Saban Films release. Photo courtesy of Saban Film.)


“The Shadow Of Violence” is much like a mob or gangster film without the glitz. It is down and dirty with a compelling story to keep the audience engaged throughout the film.


The performance from Cosmo Jarvis is understated and it completely works. With his menacing physical size it would be easy to play Arm like a brute but Jarvis does so much more with the character. His journey with his special needs son and former girlfriend as a subplot is equally compelling.


The friendship between Arm and his best friend Dympna (played by Barry Keoghan) comes across as naturally as can be and is a testament to both actors' performances. 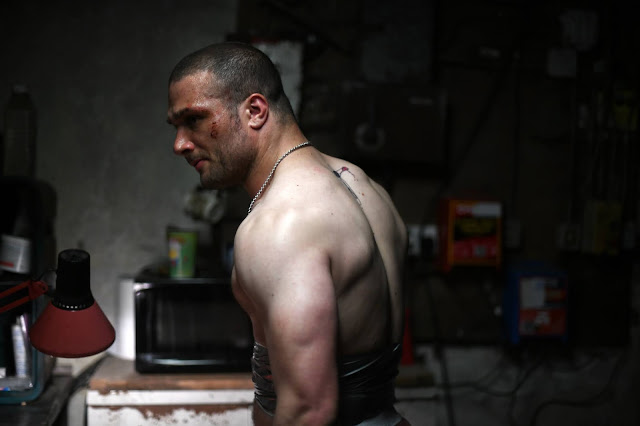 (Cosmo Jarvis as Douglas “Arm” Armstrong in the thriller film “THE SHADOW OF VIOLENCE,” a Saban Films release. Photo courtesy of Saban Films.)


Nick Rowland makes his directorial debut with a bang as does first time screenplay writer Joe Murtagh, who adapted the material from a short story by Colin Barrett.


“The Shadow Of Violence” works on every level. This film is absolutely worth seeking out.

Posted by Eclectic Arts at 3:28 PM