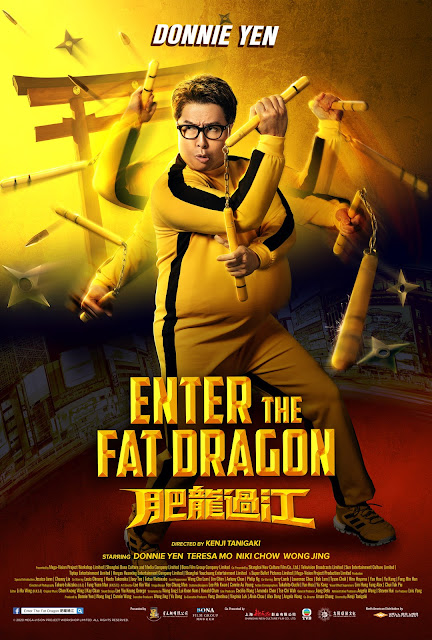 
My love of Asian cinema goes back to the 1980’s. All genres of film from several different countries.

Donnie Yen needs no introduction to the western world of Asian cinema. He is one of the most notable actors (if not “the” notable actor) in Chinese cinema today. As most equate him with his martial art prowess in the “Ip Man” franchise, as well as earlier films like, “Wing Chun”, “Iron Monkey”, and, “Hero”. Donnie, like many actors, has made so many films that there are bound to be some misses amongst the hits. The second wave, if you will, of his rise to fame came through films like, “SPL” (“Kill Zone” in the US), “Seven Swords”, “Flash Point”, and the aforementioned “Ip Man” films.

“Enter The Fat Dragon” played in theaters just before the worldwide pandemic struck. While it shares the same name as the vintage Sammo Hung film, the resemblances stop there.

Donnie plays Officer Fallon Zhu, a well known policeman that loses his fiancee while missing their wedding photo session because he was dealing with a situation. Injured - he is moved to the records division in the department where he starts putting on the pounds. After an old co-worker asks for his help, Officer Zhu goes to Japan to help solve a mysterious murder. He also hopes to win back his fiancee’s heart. 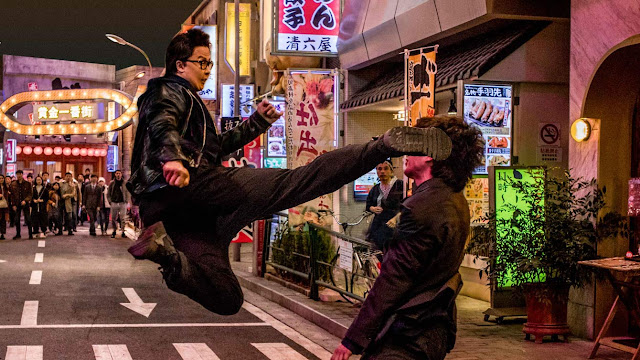 Clearly when using the word fat in a title and in the character, a portion of the US audiences are going to scoff at the title and the subject matter (much like Eddie Murphy’s character in, “The Nutty Professor” remake received some backlash years ago).  “Enter The Fat Dragon” though is a homage to the late, great, Bruce Lee.

The film is top notch in terms of how it looks. Clearly a big budget production, the visuals are as up to date as any I’ve seen in recent years. The CGI gets a little sloppy in the climactic showdown but nowhere near as retro looking as many CGI heavy films from overseas.  In addition, the makeup and  prosthetics to transform Donnie are near perfect.

I also enjoyed the tone of the film. It is light and it basically stays that way throughout the film. This film, at times, felt like it was geared toward families (with a few exceptions). The humor worked and sometimes it didn’t for me. This isn’t unusual though as I’ve found comedy in many Asian films doesn’t resonate with me.

The action scenes are stunningly beautiful and the tone really makes them pop compared to what one might expect from a Donnie Yen fight scene. It also helped that he poked fun at some of his own past work to add to the lighter tone throughout the film.

“Enter The Fat Dragon” has its moments for sure but overall I was left unsatisfied. I would love to see this type of film done with a writer who can craft a sensible and humorous story for Donnie to work within. As he gets older, I think the tone and structure of this film is something worth pursuing for future projects.

Posted by Eclectic Arts at 3:24 PM