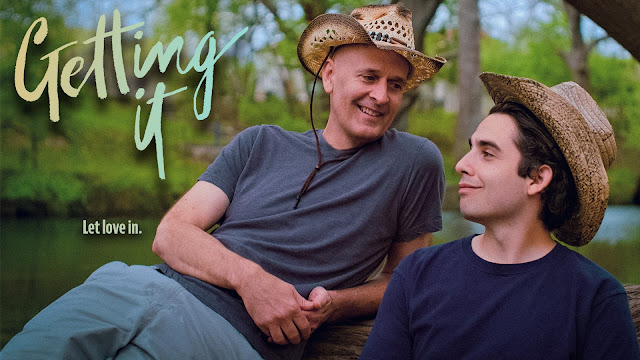 (All Photos Provided by BGP)

The more films I review this summer the more I’m torn between films that have commendable positive aspects versus films that just don’t resonate with me. What I mean by that is there are films like, “Getting It” that have a lot of great things going for them but in the end they don’t all add up like I would have liked. On the other hand there are also films that I struggle to find positive things to write about.


Tom Heard plays Jamie and Donato De Luca plays Ben - the two lead actors in “Getting It”. Tom Heard also wrote, produced, and directed the film.  The acting is top notch. No complaints about any aspect of the cast. The story about a one time cabaret singer (Jamie) and a depressed poet (Ben) sounds like a soap opera but it’s portrayed in a very real, direct, way. 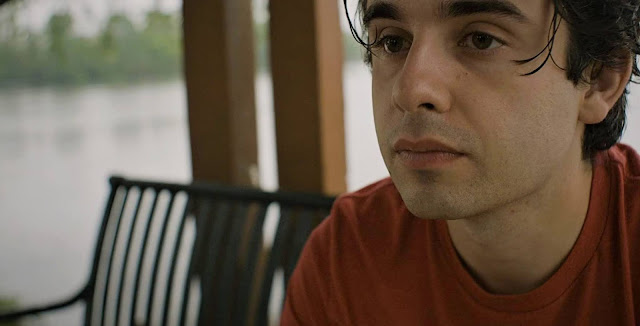 Once Jamie and Ben went on their weekend camping trip, I so wanted to believe that their blossoming attraction/relationship was going to work. But the scenes came up short, almost forced.


The last act of the film worked well and created the emotional weight that was needed earlier in the film.


The quality acting saved many of the scenes but ultimately the film wasn’t as good as the sum of its parts. “Getting It” is worth watching, don’t get me wrong. I just wanted this good film to be great.

Posted by Eclectic Arts at 4:24 PM