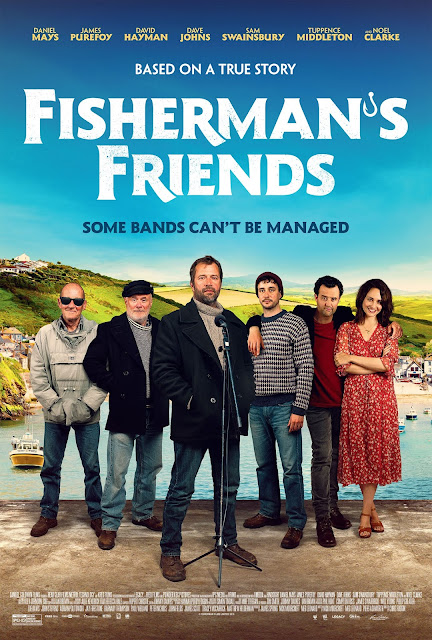 
If I see an upcoming film has something to do with music and is based on a true story, I’m already interested in reviewing it. In the case of, “Fisherman’s Friends”, the trend continues.


The basic plot revolves around a rural Cornish sea village in England where a group of locals sing traditional sea shanties. A group of traveling London record label employees come across the group singing and, as a prank, the boss tells one of the employees he should try signing the group. 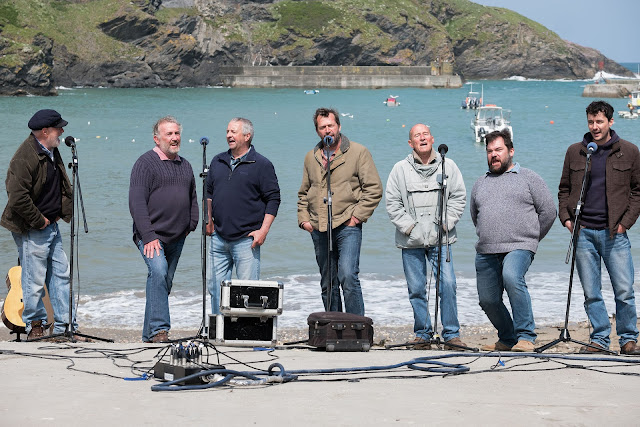 
The rest of the film revolves around Danny, the music manager, trying to convince the band to sign with him. Of course during the duration of the film, he encounters obstacles, from the townsfolk to his contacts in the music industry. It is a unique feel good setup for the film.


The first thing that stood out about the film was the cast. All are likeable and quite believable as well. Daniel Mays as Danny and Tuppence Middleton as Alwyn develop a wonderful on screen chemistry that is at the heart of the film, in addition to the story of the band of course. 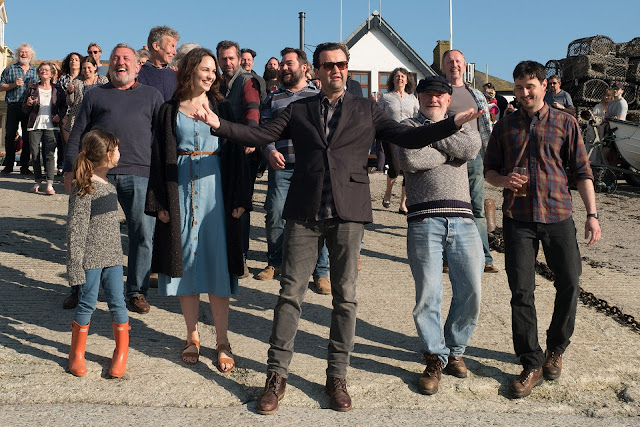 
The film walked the line brilliantly between family drama, comedy, and music. This easily could have fallen into the sugary sweet trappings of many feel-good films but “Fisherman’s Friends” makes you feel like you’re there in the pub with the rest of the characters. So, it becomes easy to root for the success of Danny, Arwyn, and the band.


A pleasure to view - “Fisherman’s Friends” is one film worth reeling in.

Posted by Eclectic Arts at 4:49 PM