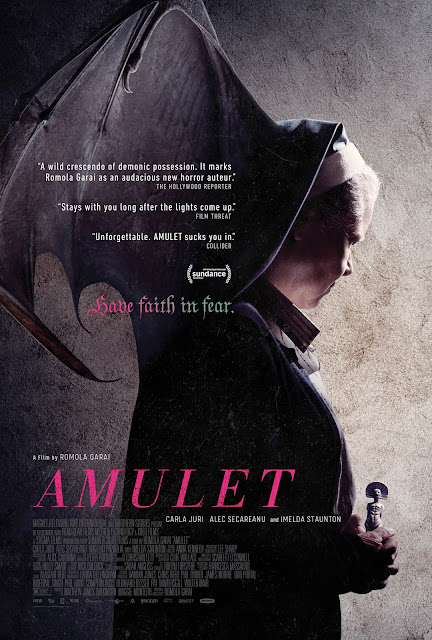 (all assets courtesy of Magnet Releasing)

The world of horror based films is much like any genre of cinema - how does one create something unique and interesting when it’s all been done before. “Amulet” rises to the challenge and delivers for the most part.

A former soldier Tomaz (played by Alec Secareanu) is brought to live in a creepy old home by Sister Claire (played by Imelda Staunton) where a quiet daughter Magda (played by Carla Juri) and her evil mother reside.

The premise sounds familiar but, “Amulet” is clearly on it’s own path as the tale unfolds. From the beginning of the film, things are not what they seem. There is an air of foreboding uneasiness that permeates every minute of the movie. 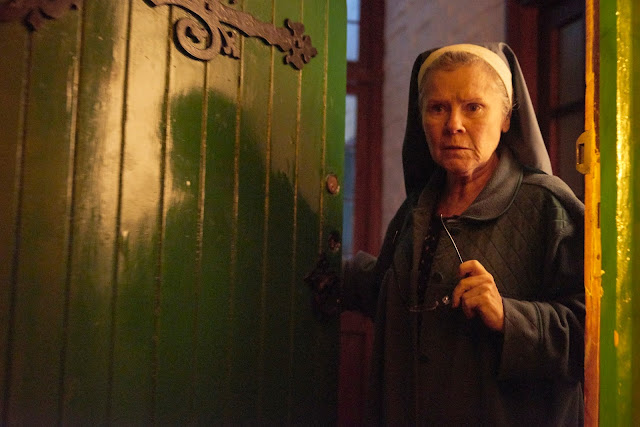 As the protagonist is introduced to the audience, locked upstairs in the attic, the evil mother is quite scary and unnerving.

As always, I don’t like to give away too much of the plot of any film.  Let’s just say all is not what it seems. The twist at the end is reminiscent of a fable which I quite like as it wraps things up nicely.

First time director Romola Garai (who also penned the script) has a clear vision of what she wants “Amulet” to be. When the audience is left wondering what’s going on here in this home, Garai deftly weaves a tale that keeps you guessing until the unexpected twist happens toward the end of the film. In lesser hands this would have been a boring mess but Garai kept everything centered and off kilter. 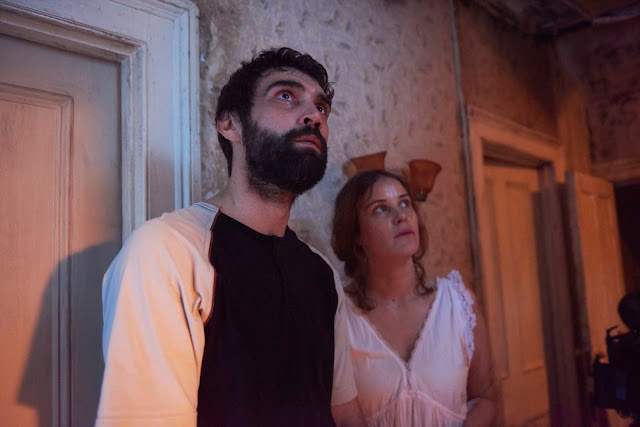 
Carla Juri as the daughter Magda really stood out as her character goes from meek and timid, to awakened, to - well - you’ll have to watch the film.

Imelda Staunton is a world class actor and she adds so much emotional weight to the film in her limited scenes it’s almost ridiculous just how easy she makes it look. But, that’s what the master actors do.

Alec Secareanu as Tomaz grew on me as the story-line developed. I initially thought he was miscast as he seemed like too much of an outsider. But his flashback sequences and the unraveling of the truth really showed that he absolutely belonged after all.

“Amulet” is not a slasher film nor is it a jump scare fest. It is an off the beaten path horror film that tells a tale wrapped up in layers of morals, values, and consequences.