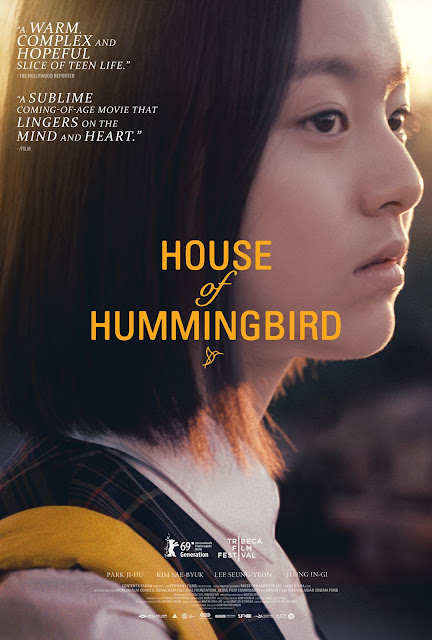 
I’ve been looking forward to reviewing this film ever since it was mentioned to me a few months ago. “House Of Hummingbird” is a South Korean coming of age tale that is stark, bold, and compelling.


The main character is 14 year old Eun Hee. She wanders through her complicated life like an invisible woman. Her parents ignore her while they deal with their own problems (infidelity in a patriarchal society). Her brother physically abuses her when her parents aren’t home. And her other sister rebels against her parents wishes with the help of Eun Hee. Eun Hee daydreams at school, flirts with her boyfriend, explores a lesbian relationship, and becomes infatuated with her calligraphy teacher. She is clearly looking for acceptance, love, support, and a healthy relationship from someone, anyone.


“House of Hummingbird” is a day to day drama that is hard to stop watching. It is evenly paced and it never really leads to a climax. It is a stark reality of a film that depicts life for the average South Korean teenager that doesn’t quite know what she wants from life. 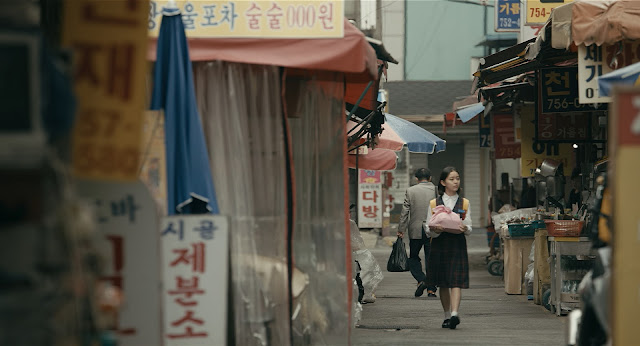 Her parents are terrible role models - with their own assorted problems. Park Ji - Hoo gives one of the best performances from a young actor I’ve seen in a very long time. The audience lives Eun Hee’s life through the breathtaking performance by Park Ji - Hoo. She is lost and in need of attention one minute, determined and confrontative the next.


The drama level in “House of Hummingbird” isn’t as necessarily high as you might expect. It is depicted like a slice of a life in need of a major shot of positivity for this young teen. 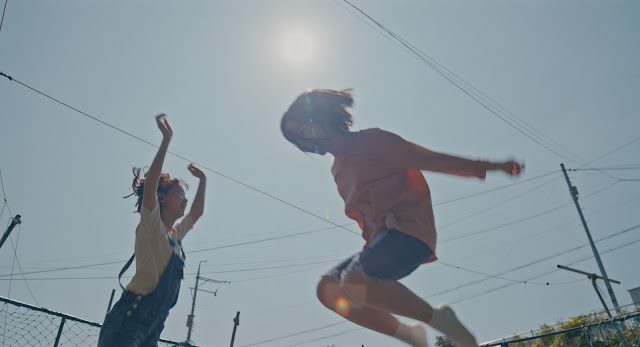 Director Kim Bora has crafted a film with a delicate but firm hand. She clearly has control over the vision of the film and she got the best out of her actors. In lesser hands the film could have become a snooze fest. Director Kim kept the pacing just believable enough to keep the audience entrenched in the world of Eun Hee and her hummingbird like exploits.


“House of Hummingbird” has garnered a lot of attention after it’s debut - rightfully so. It is a beautifully executed film that remains with you days after watching it.

Posted by Eclectic Arts at 5:06 PM