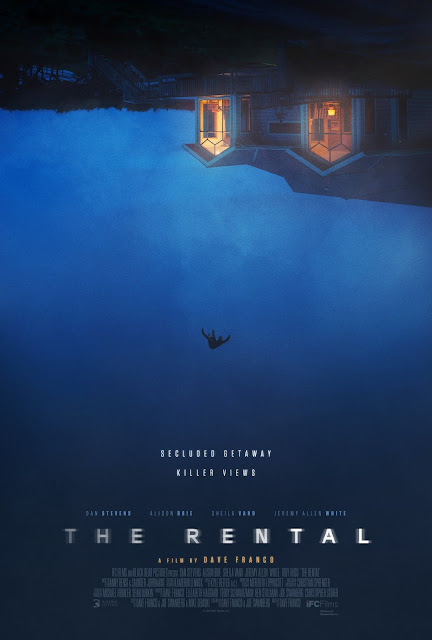 (all assets provided by IFC Films)

Having grown up with many thriller/horror films over the years, I am always game to see what someone does with a new film that sits firmly in-between those much beloved genres.

“The Rental” starts off simply enough. A pair of couples - interconnected by birth and work - travel to a rural location by the ocean for a bit of rest and relaxation. When a moment of infidelity strikes, things begin to unravel. I’ll just leave it at that as far as the plot is concerned.

With most films when there is a protagonist that the audience doesn’t get to see until the very last act of the film, the characters in peril must be likeable (or at least some of them), otherwise the power balance is off. The audience has to care about the character before their life is in jeopardy. 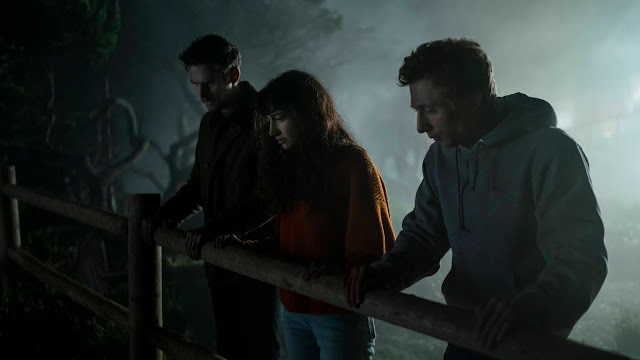 THE RENTAL Still 1: Dan Stevens as “Charlie,” Sheila Vand as “Mina,” and Jeremy Allen White as “Josh” in Dave Franco’s THE RENTAL. Courtesy of IFC Films. An IFC Films Release.


The two couples in the “The Rental” are likeable enough - minus one character. This sets up the dread and terror that develops quite well throughout the second act of the film, and crescendos during the third act.

The mishaps that occur to the characters really heightens the sense of despair and anxiousness as they try to find a way out of the mess they created, not knowing a protagonist is also in on the proceedings. 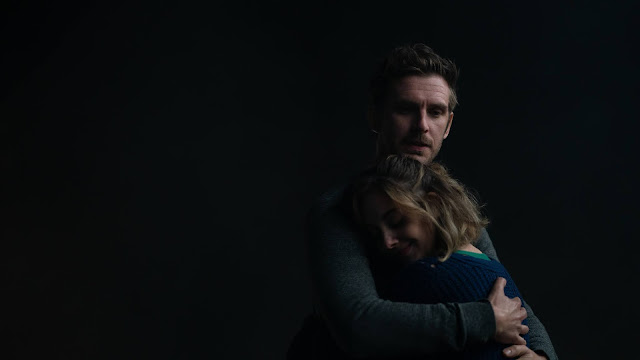 THE RENTAL Still 2: Dan Stevens as “Charlie” and Alison Brie as “Michelle” in Dave Franco’s THE RENTAL. Courtesy of IFC Films. An IFC Films Release.

“The Rental” is the directorial debut of Dave Franco. He weaves a tale that just goes from bad to worse for the characters. He also co-wrote the screenplay so he should be commended there as well.

As always I do my best to avoid spoilers. By the end of the film, the viewer feels like they’ve been dragged through the woods and in the case of, “The Rental” - that’s a grand thing.