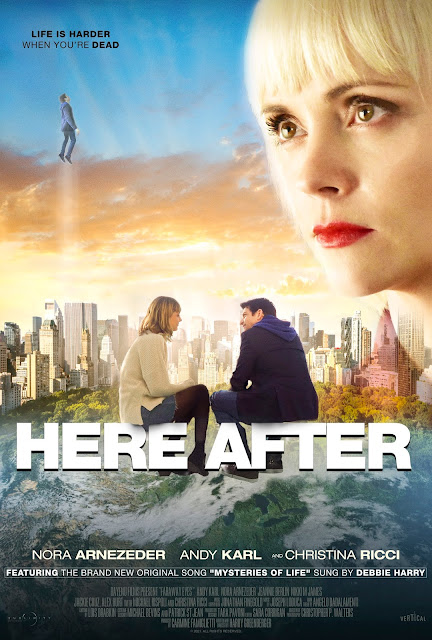 The new film “Here After” is an interesting drama with a light touch about the afterlife. Michael is a struggling actor who finds himself dead - but stuck in a purgatory where he can’t fully cross over to the other side.


He is told that he can only cross in pairs which means he has to find his soul mate amongst the other souls that are trapped like he is. However, in his case, he finds the woman of his dreams who happens to be alive.


The narrative is extremely dialogue heavy. I mean it seemed like non-stop talking throughout the film. There are humorous moments and definitely serious moments as well but overall the film didn’t really resonate with me.


Christina Ricci plays a supporting character in the film and I actually wish they had expanded her role. The interplay between her and the character of Michael was consistently good when they had scenes together.


“Here After” clocks in at just over the two hour mark. I think the story could have been condensed down to maybe ninety minutes or so and the end result would have been a stronger film.

Posted by Eclectic Arts at 1:00 AM