RLJE Films and Shudder will release the action-adventure/thriller film GREAT WHITE On Demand and Digital on July 16, 2021. 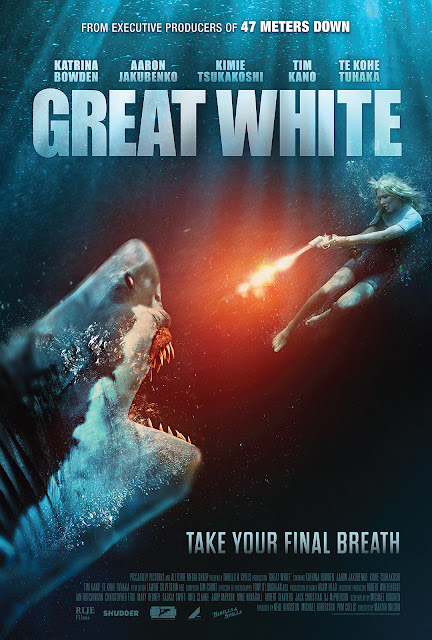 I am a sucker for almost any film related to sharks on the silver screen. The new film “Great White”, not to be confused with the 80’s film that was pulled from American theaters due to a lawsuit (which I managed to see before it went bye bye - now available on disc as “The Last Shark” though), is a fairly realistic take on the genre.


I was fully expecting a massive CGI’d shark terrorizing a group of people or a town but instead we get a chartered flight that goes awry. The antagonists are very realistic sized sharks.


No spoilers here but the story is decent but once the protagonists are left floating in an inflatable safety raft, the narrative starts to drag on. Some of that may be on purpose to give the viewer the feeling of being trapped on the open seas but at the same time, the interplay between the human characters started to wear thin. 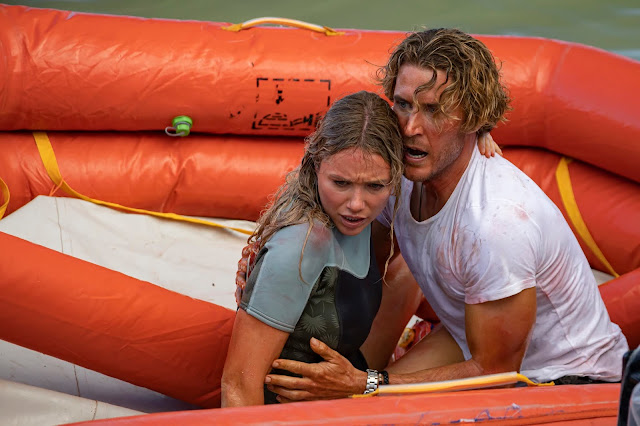 Once the action picked up then things became interesting again.


“Great White” has its strong points (including a great performance from Katrina Bowden in the lead role) as well as keeping the sharks somewhat believable which was a nice change of pace.