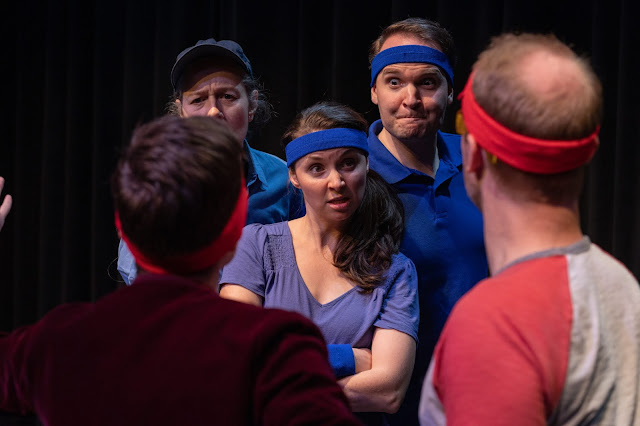 
"Sportsball" is a show where the scenes are connected together by a story and characters. The improv comes from the audience answers that start the show. A series of questions were asked and when an answer seemed to "work" for the actors, they wrote it down and then it was on to the next question.


For example, for our show the sport revolved around - slime (or slyme) - the ooey gooey stuff you either made or bought as a kid. The actors then took that, and many other answers, and weaved that into a comedic story for over an hour.


As created by Emily Shuel, who was a part of the improv team, the show was fast paced, ridiculous, and absolutely hilarious at times. It was great fun watching the actors act while incorporating the crazy answers from the audience into the storyline.


The build up to the ending, with the feel good 80's style training sessions (think Rocky), and then the (Chariots Of Fire inspired) slow motion finale were some of the best parts of the show.


I thoroughly enjoyed my first improv show and I have a sneaking suspicion it won't be my last.


See you at the theatre,
Mark Sugiyama
Eclectic Arts
EA on FB
EA on IG
EA on YT


Special Thanks: Nikki - thank you so much for the opportunity! 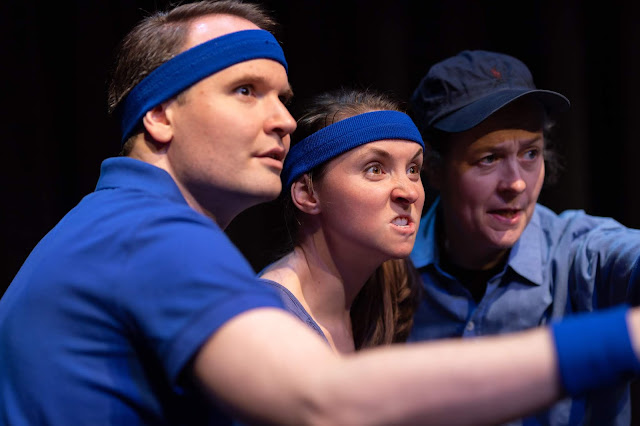 Posted by Eclectic Arts at 1:41 PM