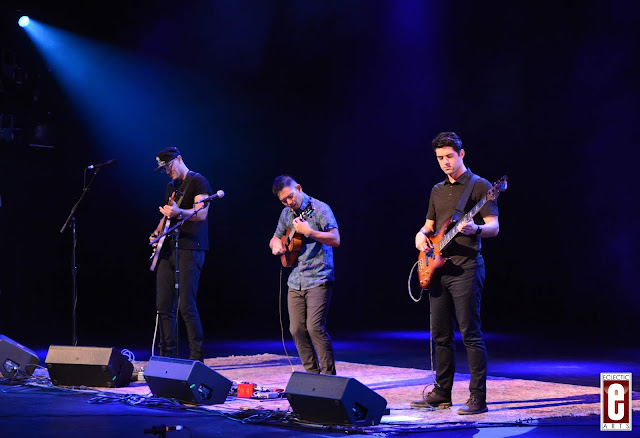 I've had the pleasure of seeing Jake Shimabukuro three times (four if you count the workshop I attended at a local high school) prior to this performance at the Edmonds Center for the Arts. He is a unique soul that commands his ukulele like no one I've ever seen. His music is wide-ranging and eclectic which I also appreciate.

With Nolan Vernon on bass and Dave Preston on guitar, Jake has formed a formidable trio of musicians worthy of their own band name, really. Perhaps "The Greatest Day featuring Jake Shimabukuro"? It's just a random thought.

In any event, the show was sold out, as was the night before in nearby Kirkland, WA. It just shows you the draw Jake has in this area.

Jake started off the show solo - performing more poignant songs that fit the solo format. With the audience being as quiet as could be (respect), Jake mesmerized as he always does. His technique on the instrument combined with his emotional outpouring, the music just filled the room with enlightenment.

Nolan and Dave joined Jake for the rest of the set as well as the encore. The set-list was a mix of old favorites, newer songs, and soon to be released tunes as well. Songs such as, "The Greatest Day", "Go For Broke", "Dragon", and "Summer Rain" all fit in nicely beside each other. Of course there were a few covers as well such as, "Eleanor Rigby", "While My Guitar Gently Weeps", and "Bohemian Rhapsody".

The trio format works supremely well for Jake. His synergy with Nolan and Dave cannot be overstated. They have an amazing chemistry that really lends itself to the music. It's not surprising to learn the trio has recorded a new album that will be released in February 2020. Aptly titled, "Trio", I can't wait to hear this album based on the two tracks they premiered during the show.

It's interesting - Jake's fan base is really all over the map. Ukulele players young and old. Musicians (non ukulele) young and old. Instrumental music fans - young and old. You get the picture. You will always see a wide range of fans at a Jake Shimabukuro concert.

I have to mention that not only is Jake an amazing artist but he is equally an amazing person. Ditto for Dave and Nolan. There is absolutely no pretense to any of the three guys. None. They are as down to earth as they come. I've had the pleasure of meeting all three twice now - and I hope I get another chance to see all three on tour once the, "Trio" album is released next year.

If you haven't seen Jake perform live yet, please do so. You're in for such a treat from the first note to the last.

Special Thanks: Nichole, Jake, Nolan, and Dave - thank you very much for the opportunity! 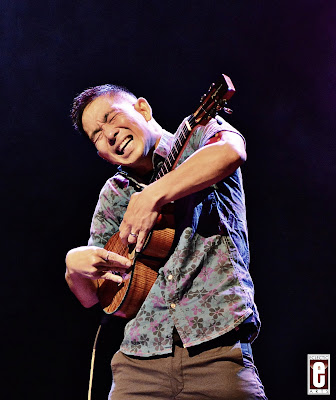 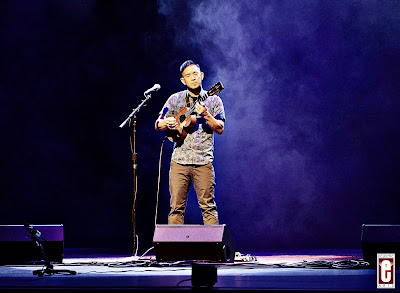 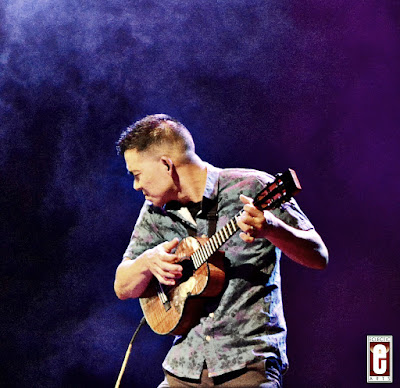 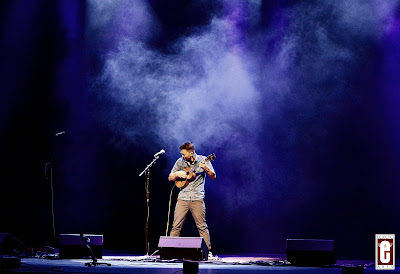 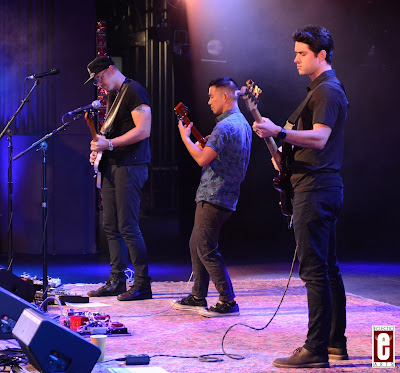 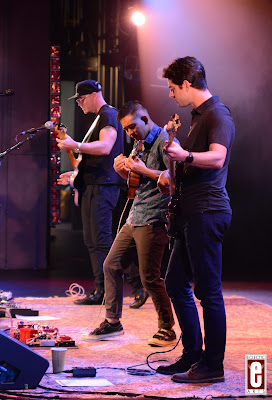 Posted by Eclectic Arts at 5:39 PM