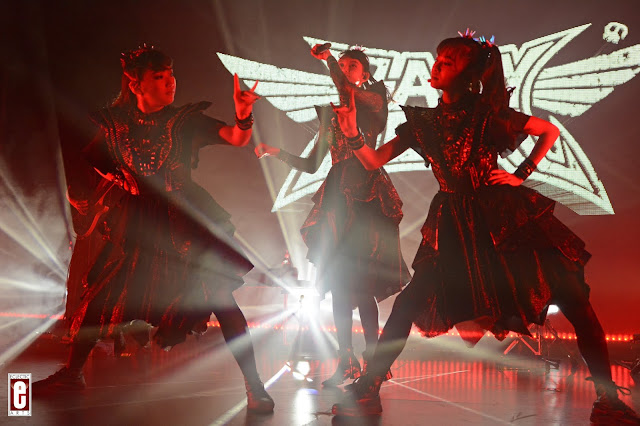 As I sit here typing this review of BABYMETAL's show in Seattle, I'm hit with the overall timeline of the band, my involvement as a fan and media person, and the future. I, like millions of others, first heard of BABYMETAL when a friend showed me the, "Gimme Chocolate!!" video. Having been familiar with some J-Pop and J-Rock, in addition to bands like X-Japan, the video was one of confusion and wonderment. I distinctly remember going back later that night and watching other videos of the band.

I was fortunate enough to cover the 2016 show here in Seattle as press. I did the BABYMETAL concert experience as much as I could. I got there early and stood in line with fans from around the world. I marched right into the venue and got as close as I could to the barricade (two people from it all night). I stayed there all night and had an absolute blast.

Every band goes through changes even if it's just the passage of time. Today's BABYMETAL feels like a band preparing for the future and the future is bright. With changes in lineup, SU-METAL and MOAMETAL are BABYMETAL. For this tour there have been three Avengers that are rotating each night. 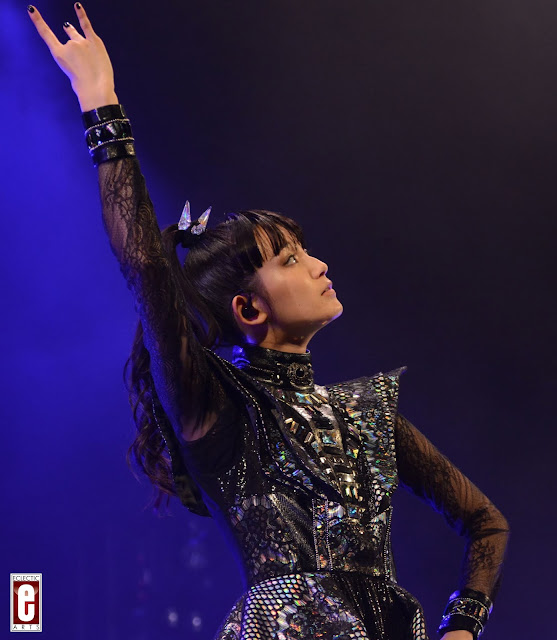 Seattle was the last stop on the METAL GALAXY US TOUR. The unsettled October weather greeted the hardcore fans that were lined up outside in the afternoon. I was downtown by mid afternoon and saw the fans first hand.

The VIP fans entered first followed by the general admission line. I was inside with the VIP's and got to watch the throng of fans scurry over to the merchandise table immediately upon entry. The line eventually went up the stairs to the first mezzanine and down the hallway. There's a reason the band has limits on items for each fan - the demand for merchandise is like nothing I've ever seen, really.

The venue was split into a general admission floor and reserved seats in the three-tier balcony. If you've ever been to a BABYMETAL show before then you know fans travel from all over the world for their shows, many seeing multiple shows if they can. They have a dedicated and intense fan base.

With the house packed, the lights went down, the intro music blared over the PA, and the crowd went absolutely nuts. The Kami Band members took their positions on the stage as BABYMETAL took their first choreographed steps from stage left to the middle of the stage.

"Megitsune" kicked off the show in fine fashion. With a state of the art light and sound system, BABYMETAL brought the spirit of the FOX GOD to Seattle. SU-METAL and MOAMETAL were singing and dancing like the professionals they are. The design of the new outfits really works for the band. It shows a growth and maturity, which matches SU-METAL and MOAMETAL as they equally, grow and mature as artists and performers. 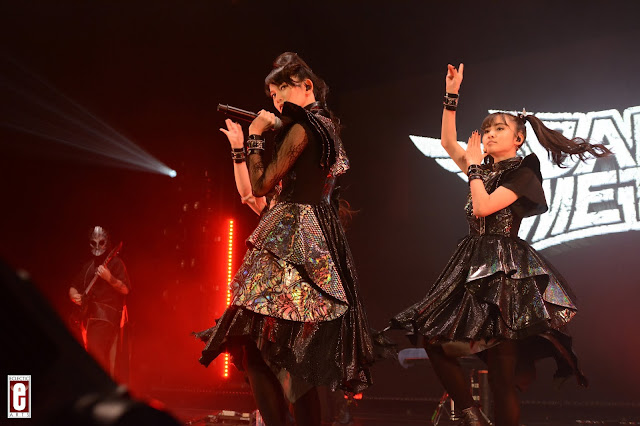 The English version of, "Elevator Girl" and "Shanti Shanti Shanti" were next. Visuals on the huge video screen behind the band really added to the stage show during these two songs as well as the entire concert.

The Kami Band had solo spots before launching into, "Kagerou". The band now sport masks that conceal their identity compared to the black and white makeup of tours past. "Starlight" came right after to finish the set before "FUTURE METAL" played over the PA.

Then, arguably their biggest hit, "Gimme Chocolate!!" came next. The floor erupted as a mosh pit broke out, a few bodies were surfed on top of the crowd, and the whole show intensity went up a notch or three. Not to be outdone, "PA PA YA!!" added to the one-two punch. This song really worked well live and I can see it staying in the set-list for years to come.

"Distortion", "KARATE", and "Headbangeeeeerrrrr!!!!!" were performed as BABYMETAL went from strength to strength. You could really feel the connection in the theatre with the fans and the band.

"THE ONE" and "Road of Resistance" closed out the show. The smart phone lights lit up the Paramount during the former while the wall of death appeared during the latter. Several bodies going over the barricade as the song ended and the words, "We Are BABYMETAL" echoed throughout the theatre. Fans were up on their feet, clapping, yelling, cheering, and crying,

A video montage of the US Tour dates was shown on the video screen. As the scroll hit Seattle, a thunderous applause broke out. Upcoming shows around the world were then shown, including BABYMETAL METAL GALAXY European Tour shows next year in 2020.

The BABYMETAL logo from the METAL GALAXY album ended the video as the houselights came up. 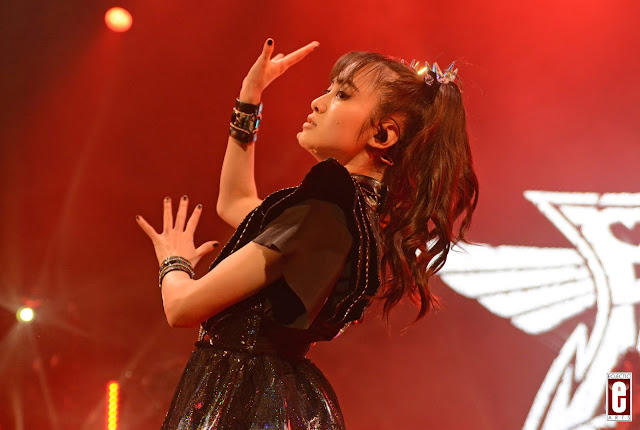 Whew! What an event! BABYMETAL are moving to another level. You can feel it with the new album METAL GALAXY and these 2019 US Tour concerts. The band has never played this many shows on a US Tour. They are ready for the future and by all accounts so are the BABYMETAL fans.

There is nothing like a BABYMETAL show. They are uniquely BABYMETAL. SU-METAL and MOAMETAL are BABYMETAL

The METAL GALAXY invasion continues in 2020. Will BABYMETAL return to Seattle? Only the FOX GOD knows!


Special Thanks: Humbert - thank you so much for the opportunity!