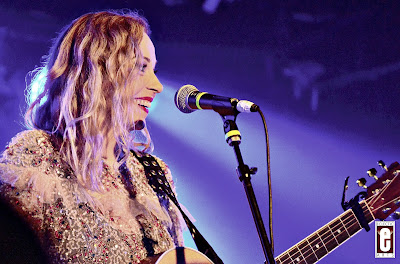 I have made it pretty clear over the years that one of my favorite singers of all time is Anneke van Giersbergen. I would put her in my top 5 - maybe top 3 - of all time. I was fortunate enough to see her with The Gathering when they played their one and only show in Seattle in 2007. Fun fact - I brought this up to Anneke before our interview and she didn't remember playing here until I told her about the lineup, etc. It had been twelve years though so it wasn't surprising. I'm lucky if I remember what I did last week, let alone twelve years ago. Look for the interview soon. But I digress.

Anneke was on tour supporting Delain and Amorphis - two bands she's known for a long time and has been friends with for years. 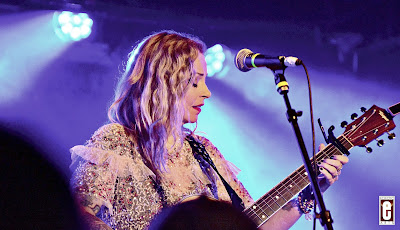 Opening up her acoustic solo set with the one two punch of, "Ih-Ah!" and "Valley of the Queens", the crowd was quiet and respectful during her set. It was clear that most of the fans knew her, and her bands and collaborations, etc. We were treated to one The Gathering song, "Saturnine" which I was very happy about. A funny story about her KISS cover not connecting with the audience early on in the tour set up the next song, a cover of Dolly Parton's, "Jolene" The crowd sang the chorus loudly as many fans knew the tune - illustrating her point.

It must be mentioned that Anneke's personality really shined during her set. Funny, self deprecating, and happy, she really connected with the audience. As a professional musician for 25 years now, we were watching a master at her craft just enjoy herself and have fun.

"Circles" was up next, which I was also happy to hear. "Beautiful One" has interchanged in this slot (another great song) on the tour. The lyrics and her angelic voice were magical on this tune. 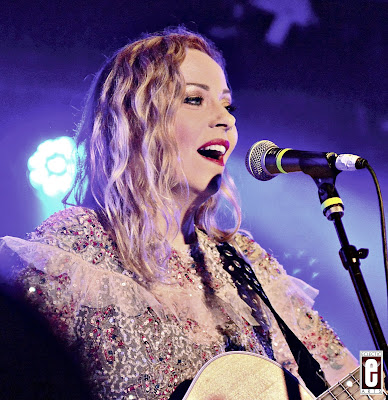 Appropriately - "Like A Stone" got an airing - especially poignant since she was in Seattle - which she mentioned.

"Wish You Were Here" definitely had the crowd singing. "Cloudbusting" from Kate Bush sounded awesome as the second to the last song.

The set ended with a cover of Iron Maidens, "Wasted Years". Considering Maiden had just played here a month earlier, this was a prime choice of tune to end the night on. 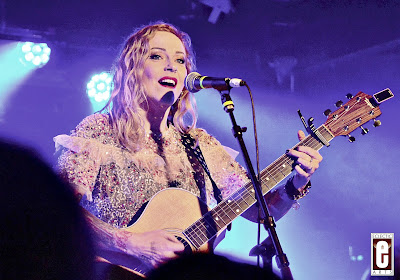 When the set was over the crowd roared in approval. Many in the US have been waiting for years and years to hear Anneke van Giersbergen perform live. This tour has been such a treat for many, myself included. I still can't believe I got to see her - again - twelve years later in Seattle.

Here's hoping she, and perhaps her band Vuur, join a bill that brings them back to the U.S. sooner rather than later.

Special Thanks: Rob for setting everything up and Robin for the day of interview details. I appreciate the work both of you did as everything was as smooth as silk. Thank you so much!