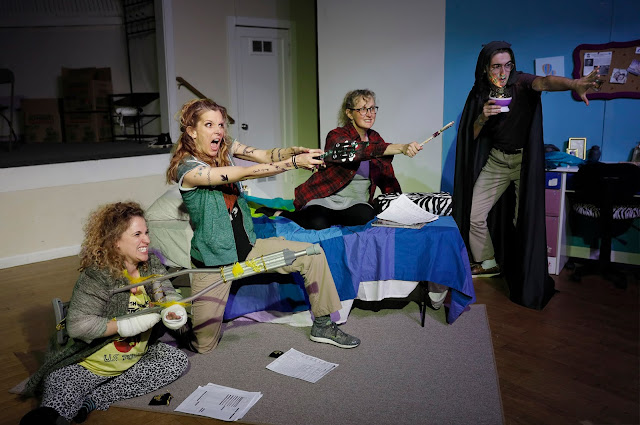 Opening night for As If Theatre Company's third production, "Kimberly Akimbo", took place Friday evening in Kenmore, WA. Having thoroughly enjoyed the first production, I was looking forward to this new show.

"Kimberly Akimbo" is centered on the character of Kimberly (played by Rebecca O'Neil), a sixteen year old stricken with a disease that prematurely ages her to that of an older adult. She lives with her dysfunctional pregnant mom Pattie (played by Christie Lynn Devoe) and dad Buddy (played by Josh Kibbey) who have issues of their own to wrestle with. The environment is toxic to say the least for Kimberly.

Her aunt Debra (played by Molly Hall) re-enters the family's life after a stint in prison and being homeless. Classmate and love interest Jeff (played by Seamus C. Smith) rounds out the cast.

The story is full of twists and turns - some comedic, others heartbreaking. Underlying the family's struggles and Kimberly's attempt at normalcy, there is a glimmer of hope. There are themes of acceptance and of belonging that are universal. 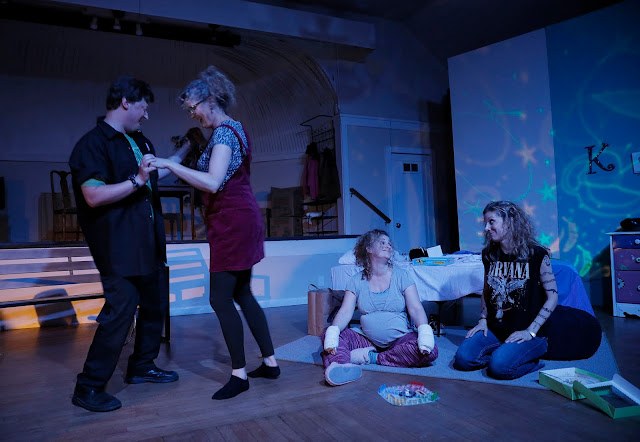 The cast was really on point throughout the production. It didn't take long for me to believe Rebecca O'Neil really was a teenager trapped in an older adults body. Her inflection and delivery of her lines was spot on for that of a teenager, particularly one wrestling with her disease with little to no support from home.

As her friend and eventual love interest, Seamus C. Smith was amazing. He portrayed the awkward teenager to perfection while also seeming so natural in his role. His comedic timing was also something to behold.

As the parents Christie Lynn Devoe and Josh Kibbey really walked that line between crass non role model parental figures while also showing a vulnerability that explained their actions, no matter how wrong they were. The swearing that was peppered throughout certain scenes was absolutely hilarious. 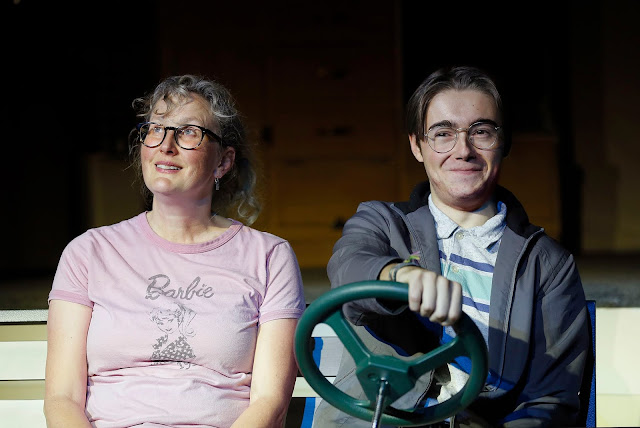 
Molly Hall's character came in from the outside and soon took over the show. It was astounding watching her work. Even with her characters messed up background, Molly made it seem believable and humorous at the same time.

Cindy Giese French kept the show on pace and at times I saw her influence in some of the actors work. The show was solid from beginning to end.

"Kimberly Akimbo" worked on every level. The story, the direction, the cast, and the designs - everything worked. 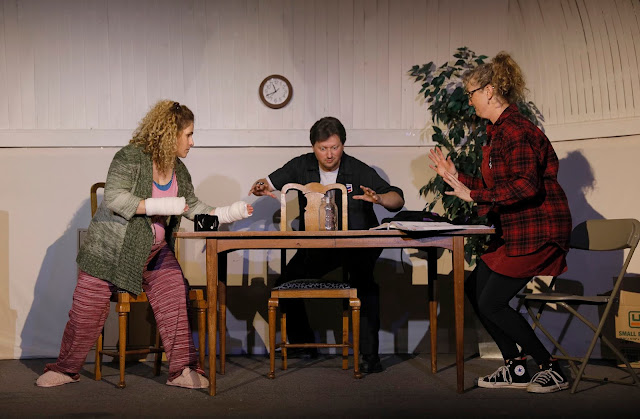 As If Theatre Company has put together two full-length productions that while different were also similar. The combination of comedy and drama was evident. The quality was also evident. But most of all - there was heart - to both of their full-length productions. This company is putting on shows worth making the drive to Kenmore for. And if you live in the vicinity like I do, then you really have no excuse to not go to at least one performance, if not more.

"Kimberly Akimbo" is a winner and so is As If Theatre Company. Go check them out!

See you at the theatre!
Mark Sugiyama
Eclectic Arts 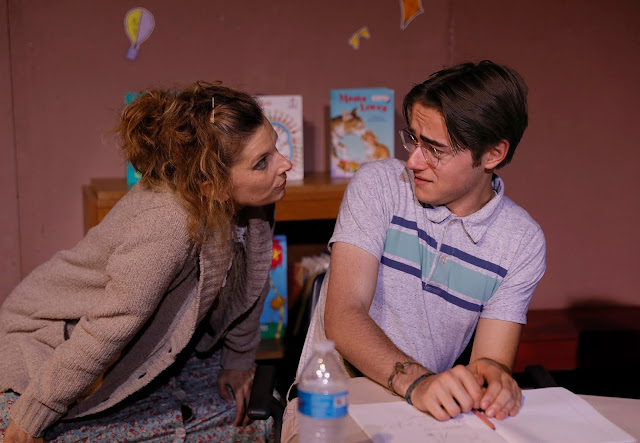 AS IF THEATRE COMPANY OFFICIAL SITE