The Color Purple
The Musical 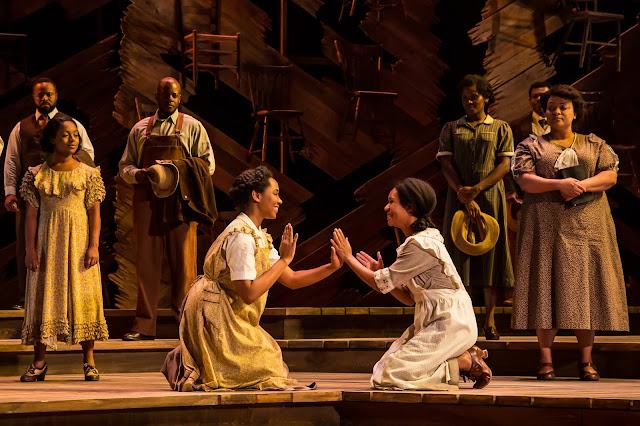 
I saw "The Color Purple" in the theater back in the 80's. It was one of the first dramas I saw that showed how far into the depth of character a dramatic film could go. "The Color Purple - The Musical" premiered last night in Seattle and, boy, what a performance it was!


The musical won a Tony in 2016 for best revival. The stage design was simplistic (and didn't change) - focusing more on the story and performances.


Adrianna Hicks as main character Celie, Carla. R. Stewart as Shug Avery, and Carrie Compere as Sofia, with Gavin Gregory as Mister, J.Daughtry as Harpo, and N'Jameh Camara as Nettie.


The storyline is filled with period piece dramatics, empowerment of women (and people of color), as well as sexual innuendo and full doses of humor. The interplay of the cast was rewarding and powerful. Carrie Compere as Sofia brought the house down with her performance Wednesday night. She embodied the tough, stand-up-for-yourself character that Oprah Winfrey made so famous in the film version. Vulnerable and sad when the story takes a turn in the second act, Carrie made you laugh, cheer, and feel heartbroken as she delivered a performance for the ages. 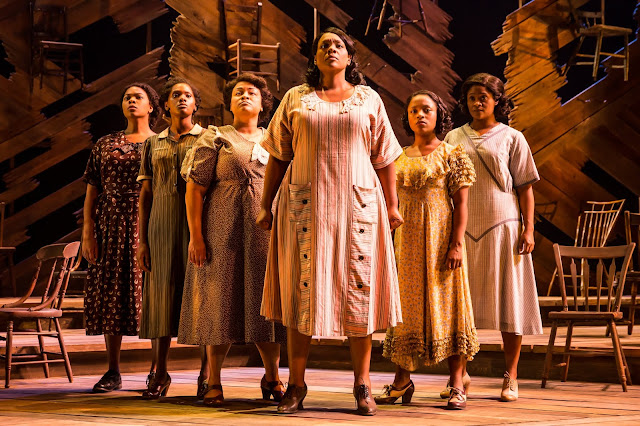 
Not to be out done, Adrianna Hicks ran the gamut of emotions as Celie. From put upon daughter, wife, and eventually lover, watching Adrianna's performance - bringing the audience with her on this gut-wrenching journey of eventual optimism was truly a sight to behold. And her voice - goodness gracious! What an astounding performance throughout the show.


Carla R. Stewart had the daunting task of portraying Shug - the singer that supposedly has it all and gives it all away to the men that she deems worthy. The empty soul aspect of her character, the yearning for something to make her whole, simply oozed from Carla's performance. The scenes with her and Adrianna were mesmerizing.


Gavin Gregory played the son of a bitch "Mister" character to high acclaim. You hated him, you later understood him (but still hated him), and his solo song during the show was, well, show stopping. Brilliant performance! 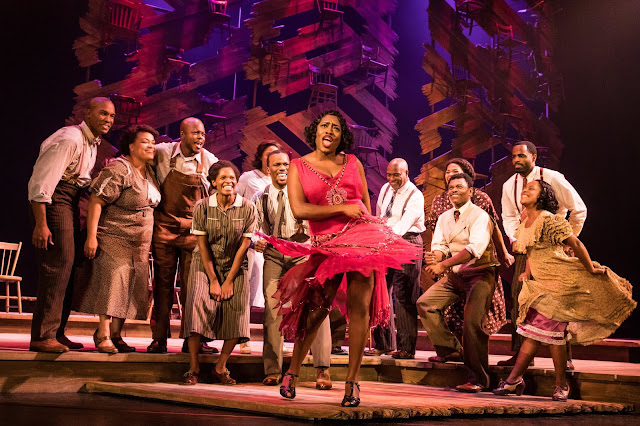 
J. Daughtry as Harpo delivered some of the best punch lines in the script. He portrayed Harpo with empathy, being a good man at heart, but not knowing how to stand up for himself to his father (or anyone else). Yet another spot on performance by the cast!


I could go on and on about the cast, the singing, the acting, but suffice to say - the performance was simply amazing. The show only went from strength to strength as it told the story of Celie and the other characters. I was thoroughly entertained by the show. I must add seeing a musical theater performance with nothing but people of color was a delightful bonus. The music took on a different satisfying note - from the jazz, ragtime, blues, gospel, etc. numbers - having an African American cast. 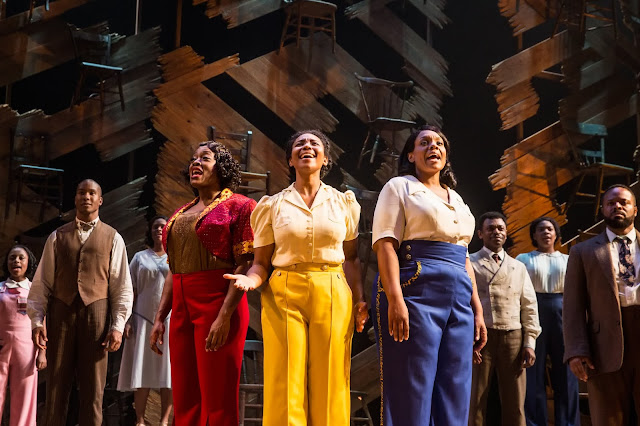 
My only small quibble would be the lack of set changes. One additional change between the first and second acts would have added something extra to the show. Outside of that I can't think of anything to pick at. The show was just that good.


"The Color Purple - The Musical" was an exceptional experience!

See you at the theatre,
Mark Sugiyama
Eclectic Arts


The show runs through Sunday July 1st with great seats still available. Do not miss out! 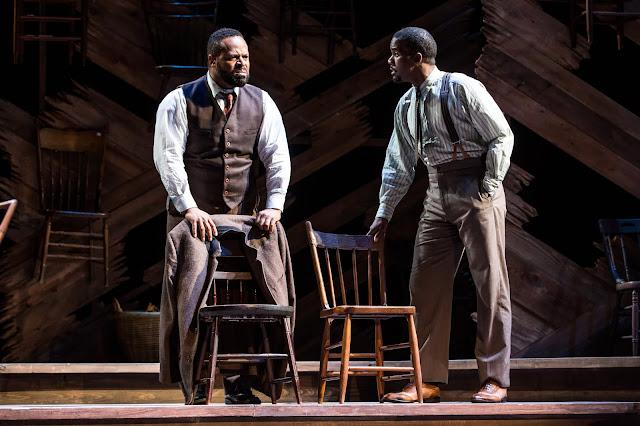 Gavin Gregory (Mister) and J. Daughtry (Harpo) in the North American tour of THE COLOR PURPLE.
Photo by Matthew Murphy, 2017. 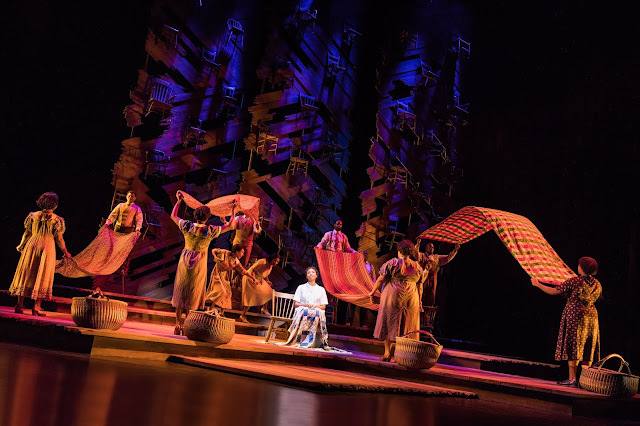 The North American tour cast of THE COLOR PURPLE. Photo by Matthew Murphy, 2017.