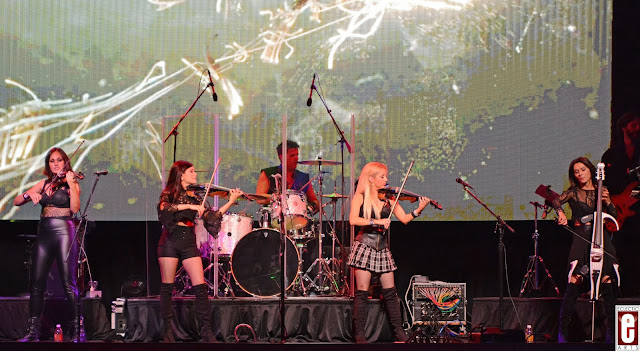 
After taking the ferry over to Clearwater Casino Resort the week before, I found myself doing the exact same thing only this time to cover Femmes Of Rock - an electric string quartet that plays classic rock songs.


Having been a fan of Vanessa Mae and Bond (who I got to see live back in 2004) - two artists that bridged the classical world with the pop/dance world - I was looking forward to the show.


Femmes Of Rock is based out of Las Vegas, NV. The quartet is led by Nina DiGregorio (violin and arranger). Violin, five-string viola, and cello round out the quartet who is backed by a live band of guitar, bass, and drums.


The spacious club was full with an open floor up front for those that wanted to get close. After doing a pre-show VIP session, the band took the stage as the show started with a rendition of "The Star Spangled Banner".


Then it was off to the races with "Kashmir" from Led Zeppelin, Pink Floyd's "Comfortably Numb" and a tune from ELO. The ladies sounded great! Collectively they have résumé's that are a mile long, having played both in the classical and mainstream music world.


The use of video was spot on - showing band logos, band photos, and appropriate clips such as the headbanging-in-the-car scene from Wayne's World during, "Bohemian Rhapsody".


A few medleys were in the set including a southern rock medley and a guitar/80's medley. I particularly enjoyed the playing during the 80's medley. Nina played Randy's solo during, "Crazy Train" note for note which was, well, crazy. The same could be said of Slash's solo during, "Sweet Child O Mine" except on viola.


A bit of audience participation was also to be had before BOC's "Don't Fear The Reaper". A few fans were brought up to pound out the cowbell part - the winner receiving a free Femmes Of Rock CD.


The show concluded with the often shouted out during any live show classic, "Freebird".


My only suggestion would be for the group to consider adding either: a full tune that is recorded and/or written by a female rock artist or a medley of tunes that are from female rock artists. Being the Femmes Of Rock it only makes sense. As song suggestions - perhaps Heart's, "Barracuda" or "Crazy On You". Joan Jett's, "I Love Rock N Roll" or something from Pat Benatar could also work like, "Hit Me With Your Best Shot". Just a respectful suggestion to an already strong set list.


Femmes Of Rock was a well-put together, well-executed show. Anyone that made the jaunt out to Clearwater Casino Resort Thursday night left very satisfied. Check them out when they play your town!


Special Thanks: Michael for the credentials - thank you for the opportunity! 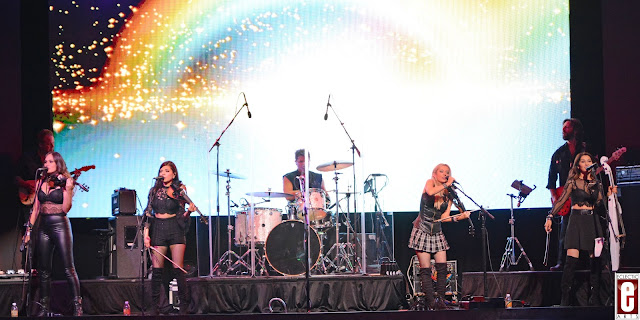 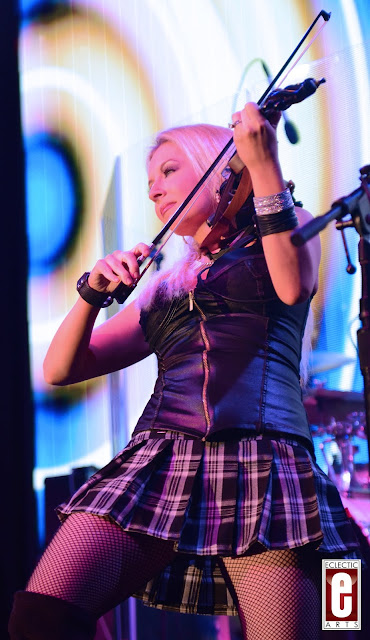 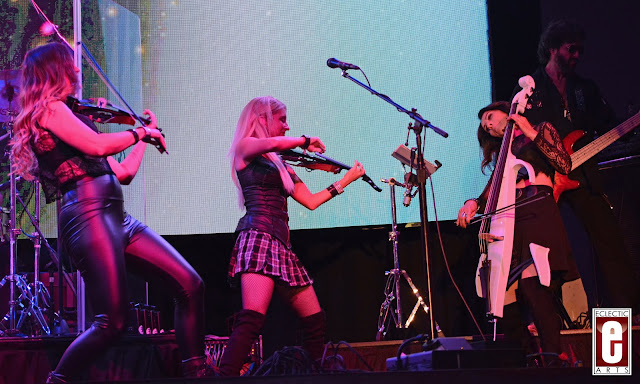 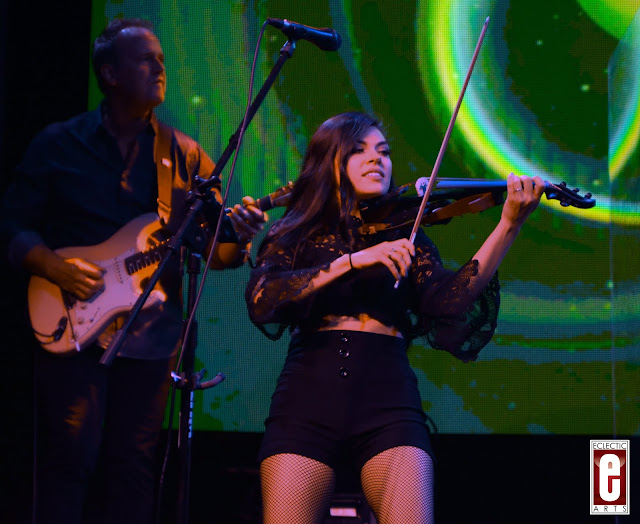 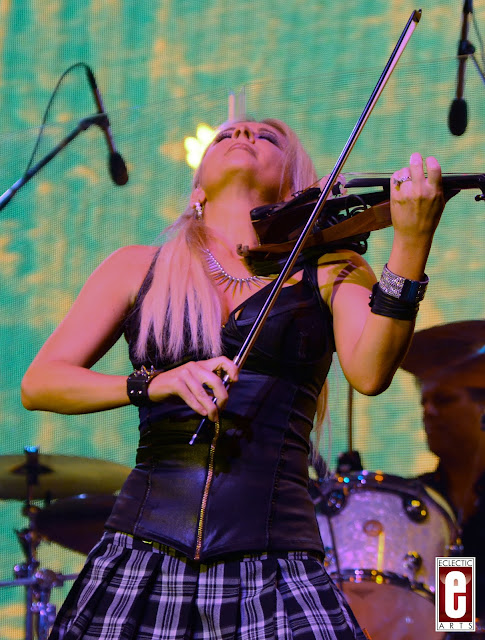 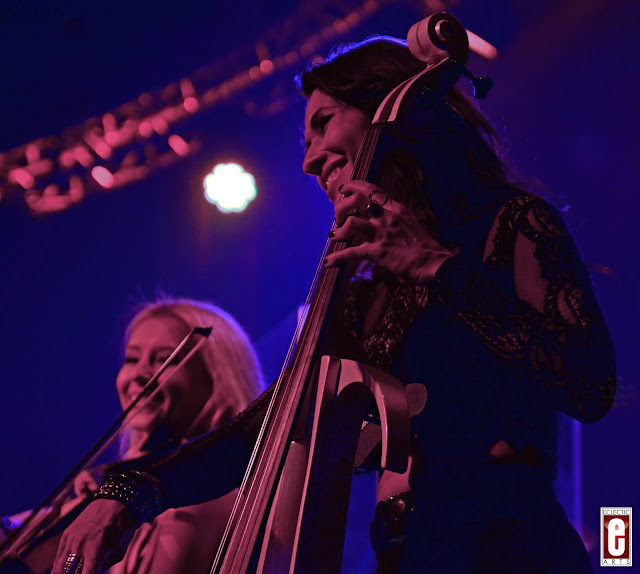 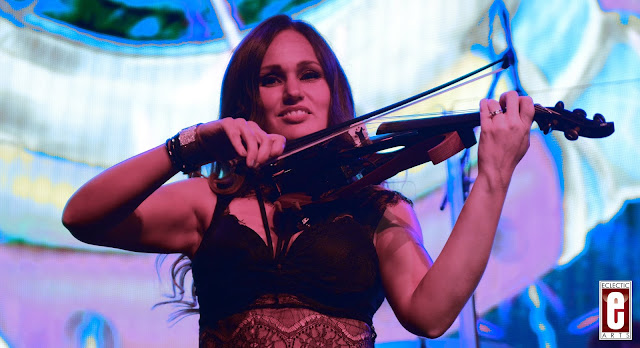 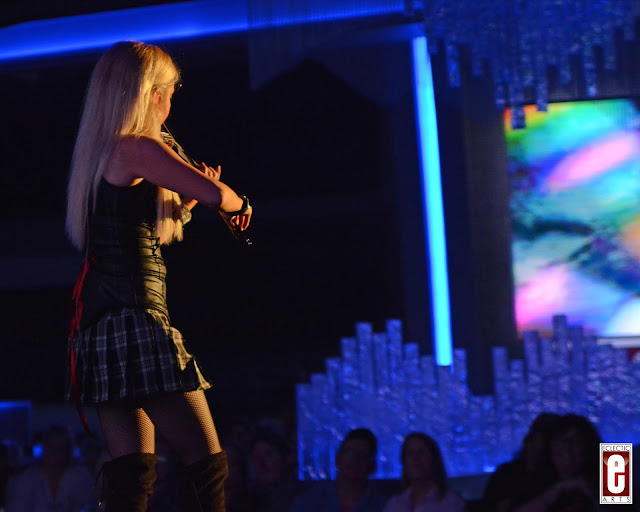 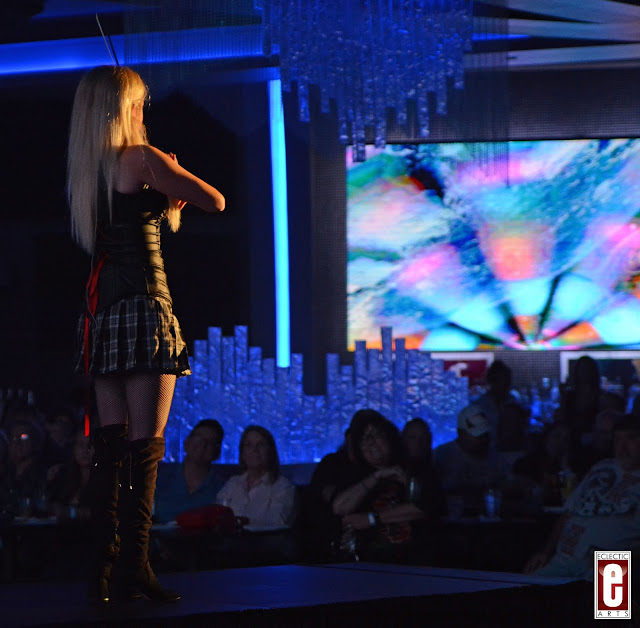 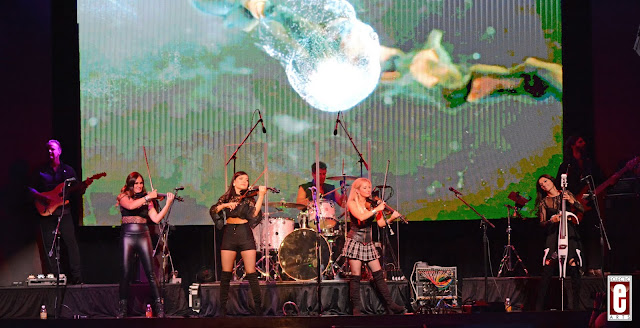 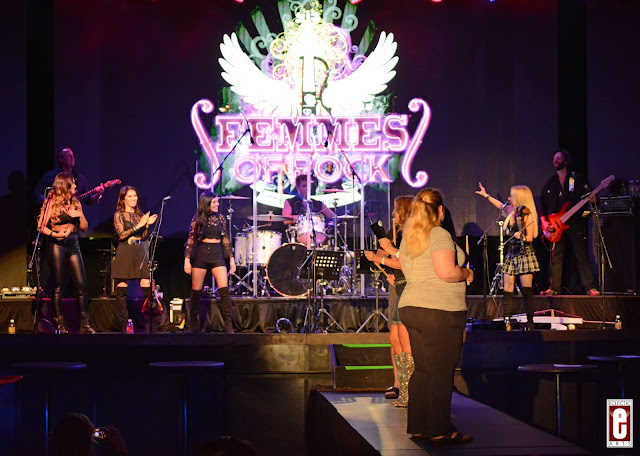