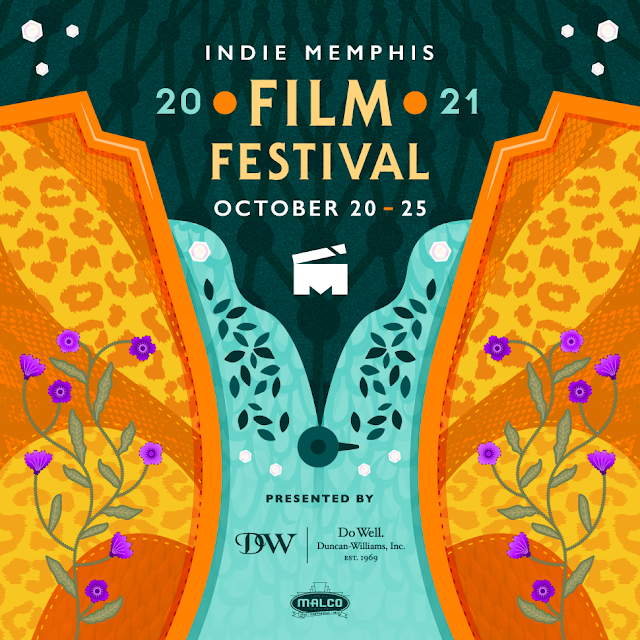 The 24th Indie Memphis Film Festival kicked off on October 20th (and goes through October 25th).  The programming is varied and dynamic.  Below are a few of the film reviews from the festival thus far.
“ALIEN ON STAGE”
3 out of 5


Being a fan of the first three “Alien” franchise films, I was intrigued to see what this documentary was about. A British tongue in cheek production of the first Alien film - steeped in British tradition. It is not a straight interpretation of the classic Ridley Scott film. Instead, the bare boned production uses their creativity to bring laughter and insight to the stage.


While it was an interesting and fun film, I didn’t really find the production itself to be something I would want to see. Perhaps if I saw the production in person, I would sing a different tune.


This documentary was very odd in the subject matter. It follows several different former military members as they build bunkers in many different formats. There isn’t any dialogue for the first twenty minutes or so. Eventually, some of the men that make the bunkers start to talk about their creations and their idea of what the future holds (and why they’ve built the bunkers).


Some of the bunkers were inspired creations and the creators deserve a lot of credit. But, in the end, “Bunker” was an overall strange documentary. Perhaps you’ll feel different.


A music documentary about Poly Styrene (X Ray Specs and her solo work), a bi racial punk pioneer, the film was interesting and absolutely educational. Her mental health battles as well as her inspiring music as narrated by her daughter were something I was not aware of before. The documentary flowed nicely and definitely kept my interest.


I am a metal-head. I saw a different mini documentary a few years back about metal on the Rez and it was an interesting watch. This film was a no-brainer for me to check out. And I’m glad I did.


The documentary follows one band I Don’t Konform around as they fight to get known. They manage to get Flemming Rassumusen (well known Danish producer of the early Metallica albums) interested in their project and that’s really the crux of the film. The other storylines revolve around life on the Rez, the impact that the Rez life has had on the musicians living there (either country or metal it seems), and what lies ahead.


You do not need to be a metal fan to enjoy “Rez Metal”. The human interest and historical perspective will educate any cinephile.


Being from Seattle, I’ve known about Kenny G for decades. I saw him live at the height of his popularity when the Kenny G “Live” album came out.


What I really liked about the film is that it showed both sides - the fans and the detractors. The jazz-heads that can’t stand him and the fans that got married to his music. The dichotomy really makes for an interesting documentary.


Kenny is interviewed throughout the film. He is self-deprecating, hard working, and goal driven. He also comes off a little full of himself at times too but I believe it’s really unintentional. It reminds me of the nerd in class that finishes an assignment first and tells everyone so. They don’t necessarily mean to brag, they are just proud of themselves for finishing the assignment first. They don’t really understand how it might rub some people the wrong way.


There is a great basketball analogy in the film by one of the jazz critics. I won’t paraphrase it here but let’s just say it’s spot on about why jazz heads don’t like Kenny G’s music.


I happen to like Kenny G’s music in moderation. Even at his show back in the day, I could only take so much instrumental music. And holding a note for ten minutes doesn’t impress me, it’s rather annoying, actually.


But at the end of the day, “Listening To Kenny G” is a great documentary by all involved and is worth checking out.
"A BALLET SEASON"
4 out of 5


The documentary “A Ballet Season” is basically a day in the life of Ballet Memphis. As a credentialed reviewer of the Pacific Northwest Ballet here in Seattle, I really enjoyed seeing the work behind the scenes of the company.


There have been numerous documentaries about ballet as a high art form or following dancers as they enter various competitions around the world. I much prefer what “A Ballet Season” offered, which was very candid footage of a professional ballet company. In fact, I would have loved to have seen a longer version of the film.


The focus on diversity and representation as a company core value was great to see put into action. Many companies in the arts world are sharing similar visions which bodes well for a future full of dancers from all walks of life.


I loved this film!


If you have ever worked in, lived in, or consider yourself in tune with anyone from the ‘hood, then this film will at least be your flavor and possibly a mix of your favorite things all rolled into one.


Memphis Rox is a non profit organization based in Memphis that offers rock climbing (and all its subdivisions) to anyone that wants to learn. Fees are only set as donations so it is a pay what you can situation. They do not discriminate nor do they turn anyone away that wants to learn. Pretty cool stuff, right?


Well, the film ‘Black Ice” takes a group of Memphis Rox students and teachers and sends them off to Montana to go ice climbing with established climbers in the field. The fish is very out of water in this scenario.


What I liked about the film was that at its core, it speaks to many social issues while also showing teen issues, state differences, and so many more things. And - it’s entertaining.


Another kudo for this film is the length. While I loved it and would have loved to have seen more, in reality the message was sent loud and clear. Mic drop. So many filmmakers and/or their editors haven’t mastered that concept yet. If your story is told in 45 minutes, don’t add more footage just to lengthen the narrative. It takes away from the power and focus of your film. Just leave it be. Please.


I ended my run with this year’s Indie Memphis Film Festival with this film and I couldn’t have picked a better one.


I already ordered a t-shirt to show my support for what they are doing at Memphis Rox. Check them out and the film. You won’t be disappointed.
***
Thank you so much to the Indie Memphis Film Festival for having me virtually this year to cover the festival.  I really wish I had more time (an unexpected move from my home of 24 years put a huge stress on my time this month) as the festival had a lot of wonderful films to offer - both feature and short.
Thank you to Caitlin for setting up this year with everything.  I sincerely appreciate it!

See you virtually at the movies!