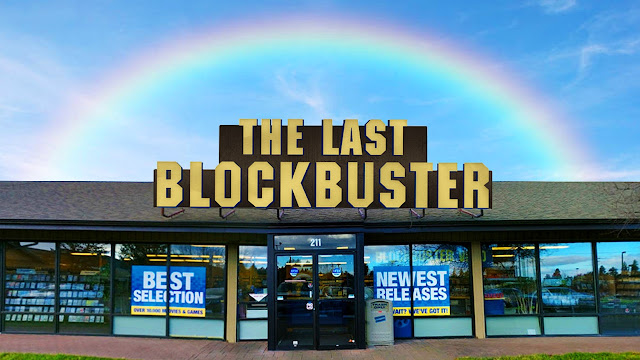 There was a time when if you didn’t see a movie in a theater, you just didn’t see it. Sure you might see a blockbuster five years later edited for network television but that was it. Then cable came along and you’d see the same three movies on a loop 24/7.


Eventually the Beta Max and VHS wars started in the late 70’s or early 80’s. Films were available for purchase to view at home for only $99.99. And, as it shows in the new documentary “The Last Blockbuster” a few business minded folks decided to rent films to viewers and the at home movie craze took off from there.


Anyone that is nostalgic for those times will love “The Last Blockbuster”. The era of going out on a Friday or Saturday night to the video store to pick up a movie or three to watch at home. The mom and pop video stores that eventually faded away due to the revenue sharing that Blockbuster (and similar large chains) worked out with the movie studios. The new year’s eve run to the video store before the shelves were barren. All of those memories will come flooding back when watching “The Last Blockbuster”. 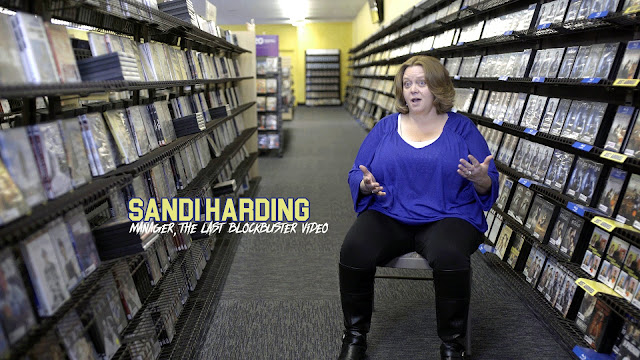 (Sandi Harding - General Manager in "The Last Blockbuster" from 1091 Pictures.)

The film centers around literally the last Blockbuster store which is located in Bend, Oregon. It started out as a family run video store (eventually three stores) called Pacific Video. They became Blockbuster franchises once the big B entered their town. The film shows the rise and fall of the Blockbuster chain. I had forgotten some of the changes Blockbuster instituted to stay competitive in the early streaming and DVD by mail marketplace (enter Netflix). They had Blockbuster by mail. They had removed the late fee structure (remember those) which became a big issue. But the biggest issue was the financial loss during the crash of 2008. Once that happened, the writing was on the wall.


Yet there is still one lone store in Bend, Oregon. The name is owned by the DISH Network who have been renewing the store’s name on a yearly contract (not much peace of mind there). It’s eye opening to see that this is basically still the family owned business it was before they became a part of Blockbuster. Relationships have been built by the general manager Sandi Harding over her fifteen plus years of running the store. When the store doesn’t have certain titles that customers request, she goes out and buys them. She goes to a club store to buy the candy and other concessions that are on sale at the store. She has numerous computers from other Blockbusters that have closed that she uses for parts when her machines need repair (everything is obsolete at this point).


I have fond memories of the video age as do countless others. The interviews with celebrities and fans only adds to the bandwidth that I am not alone in smiling fondly when it comes to renting a movie from a Blockbuster.