Reviewed: 12/15/2020
Virgil Films and Floating World Pictures
Rating: 4 / 5
Opens in theaters on December 18th across the nation in virtual cinemas! 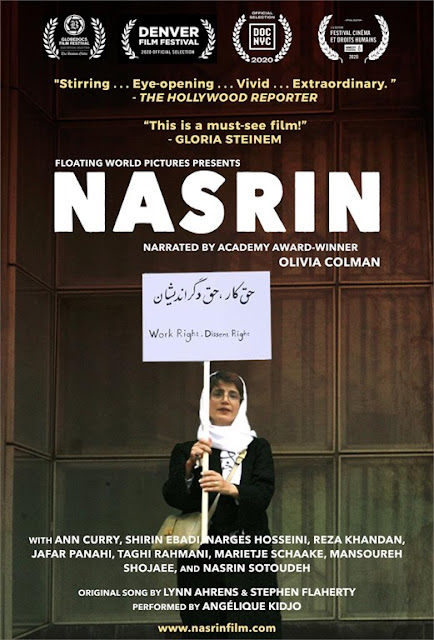 With 2020 being the year no one expected, the intense spotlight that has focused on various human rights movements plays right along with some topical films that have been released this year.


“Nasrin” is one such film.


Nasrin Sotoudeh is a political and human rights activist in Iran. This documentary was filmed in secret to protect the filmmakers from harm. Nasrin is an attorney at law that has stood up for women’s rights. She has taken on many cases where she has put herself and her family in jeopardy based on the laws and society at large in her country. 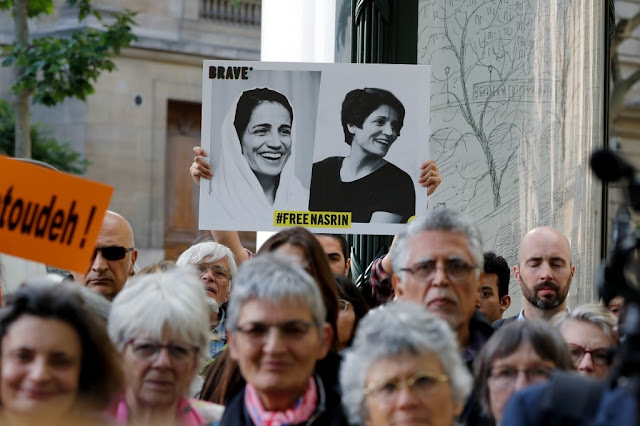 She was most recently imprisoned for 38 years and 148 lashes. Yes, you read that right. However, as of November 10th, Nasrin was released from prison due to health concerns.


This only touches the tip of the iceberg about this remarkable woman and her efforts for women’s rights and equality for all.


At times the things she deals with seem so archaic that you can’t help but sit in disbelief and wonder how things like this are still going on in the world. Yet, they are.


The film is filled with interviews not only with Nasrin but those she has worked with, those that have interviewed her throughout the years, and of course her family. Director/writer/producer Jeff Kaufmann has made a powerful documentary film that lingers far after the credits roll on the screen.