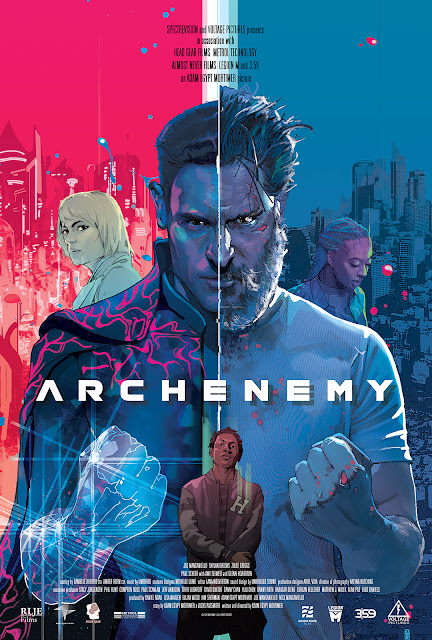 Like many people, I grew up with comic books (or graphic novels as they’re called these days). I remember the adaptations to television and film long before the Marvel boom from the late 2000’s to now. The genre has become a money making staple for Hollywood.


“Archenemy” is a superhero film featuring the character of Max Fist (played by Joe Manganiello) who fell to Earth and no longer has his superhero powers. A local brother and sister duo of Hamster (Skylan Brooks) and Indigo (Zolee Griggs) are hustling to survive. Only Hamster believes Max’s superhero power story. 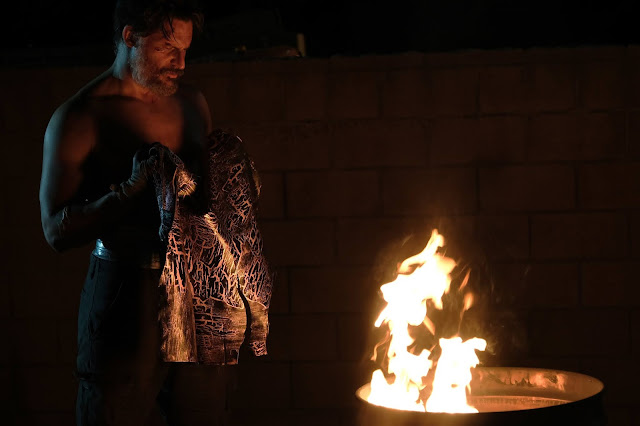 Of course there is an antagonist called The Manager (Glenn Howerton) who creates the problems for all involved.


There isn’t much to say about this film that is in a positive light. The story, the characters, and the execution are all lacking. I really wanted to like this film or at the very least see it improve by the finale. It never really resonated with me at any point. 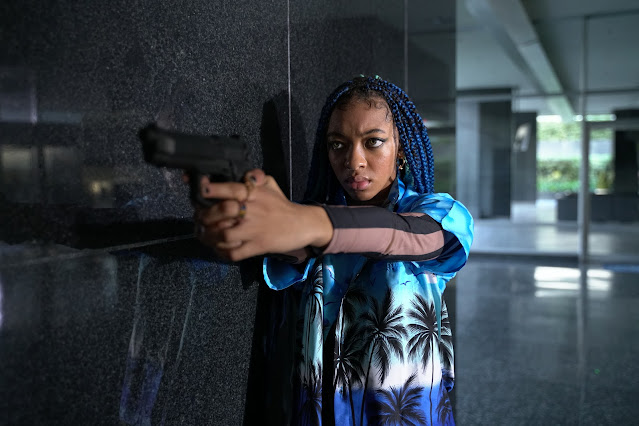 Perhaps it will resonate with you.