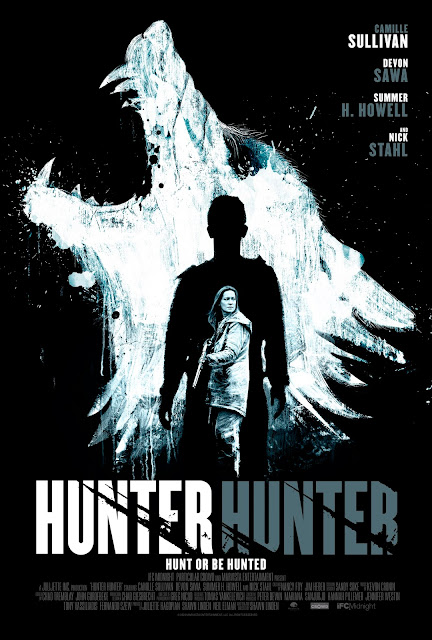 (IFC Midnight)
When I saw the trailer for the new thriller “Hunter Hunter” from IFC Midnight, I was intrigued. I am a sucker for a person against nature films - or in this case a person against animals in nature. I ended up being a sucker in more ways than one (in a good way).


The film revolves around a family living off the land in the wilderness. Dad, mom, and daughter. They are a throwback to times gone by. They are hunting, trapping, and doing what they need to do in order to survive. Things are looking bleak as the winter approaches as the market isn’t paying what it usually does for furs and other staples the family relies on to make a living. 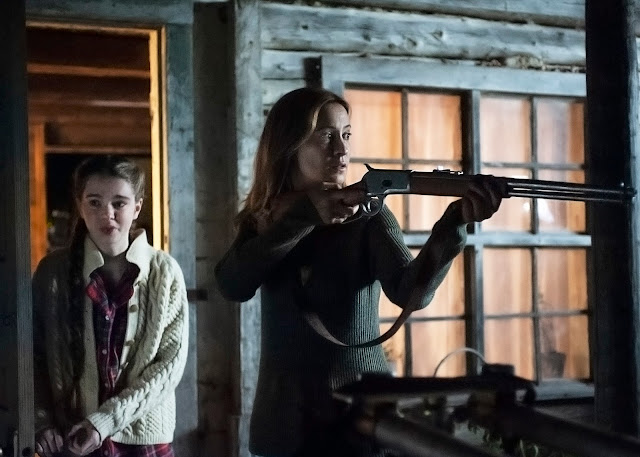 A lone wolf’s trail is spotted during their daily work in the wild which puts the family on edge. It is decided that dad Joe (Devon Sawa) will go out and hunt the beast down. His daughter Renee’ (Summer H. Howell) insists on tagging along with dad which he allows but only to bait the traps. Mom Anne (Camille Sullivan) is concerned about this hunt but wakes up to find they have already left without her blessing.


The name of the film is apt. What I originally thought I was going to get as a film eventually turned into something else. No spoilers here but I was pleasantly surprised by the turn and that’s what I meant by I was a sucker as I didn’t see this turn coming at all. 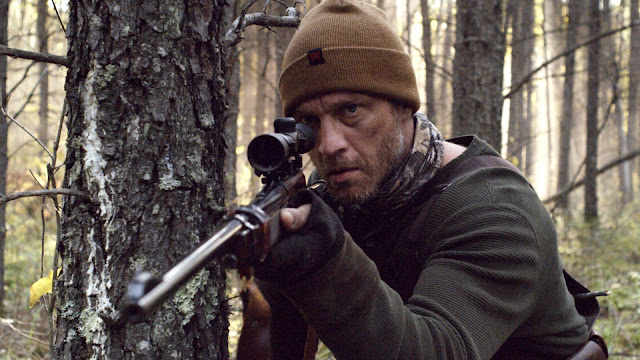 
“Hunter Hunter'' was a well done thriller with an ending that fits right in with the IFC Midnight library of films. That’s all I’ll say without giving anything away.