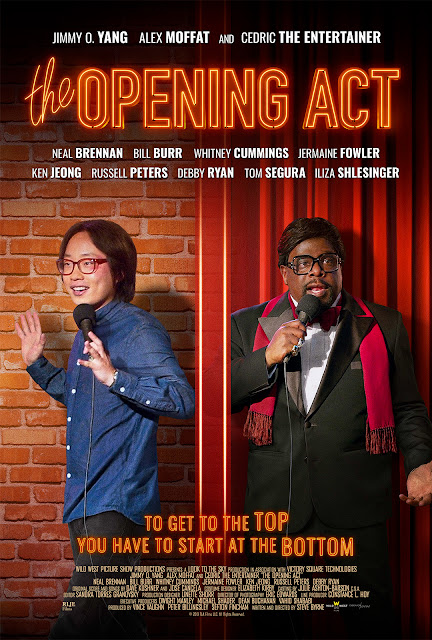 Stand up comedy has to be one of the most nerve wracking career paths for any new comic. There’s nothing to hide behind. It’s just you, a mic, and your material. That’s it. When you get laughs from the audience, that’s what keeps you going (much like the cheers at any live arts based event). But, when you bomb and the flop sweat starts, that has to be equally emotionally draining.


“The Opening Act” follows Will Chu (played by Jimmy O. Yang) as he works a job that he hates while in his off hours pursues a career in stand up comedy. He performs his material at open mic nights and dreams of playing the colleges and clubs, working his way up the ladder. 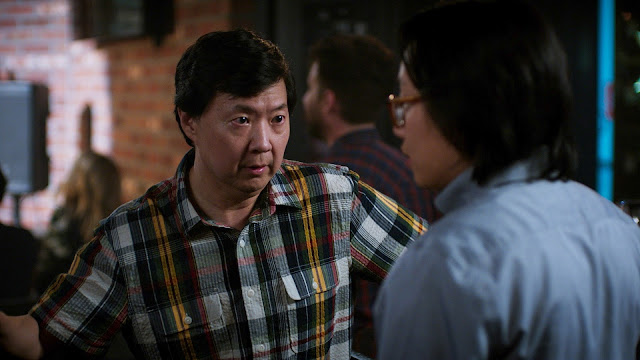 ((L-R) Ken Jeong as Quinn and Jimmy O. Yang as Will O’Brien in the comedy THE OPENINGACT, a RLJE Films release. Photo courtesy of RLJE Films.)

When a fellow comedian (played by Ken Jeong) has a scheduling conflict for a four night gig, he offers up his MC spot to Will. Headlining the club is one of Will’s idols - Billy G (played by Cedric The Entertainer). What follows are the ups and mostly downs of the life of a comedian.


Will learns early on that he has to learn how to deal with hecklers. He has to get the introductions right for the comics he is introducing - especially the headliner. And he learns from his fellow comics, it’s a long and hard road to get to that treasured headliner spot.


“The Opening Act” features cameos from other well known comedians such as Russell Peters and Bill Burr. The storyline doesn’t really take the audience on a ride - it is simple and to the point. Yes, the audience feels good about how things end with Will’s stint at the comedy club but overall the story plays like a movie made for TV. 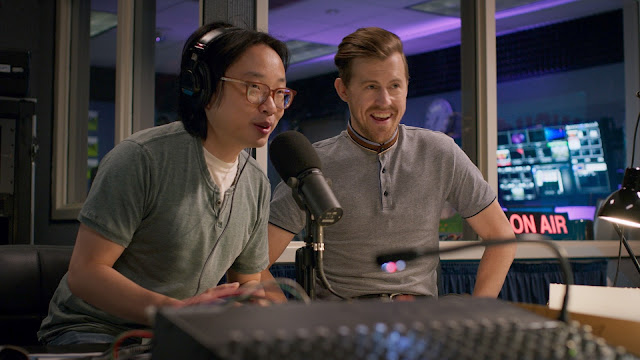 ((L-R) Jimmy O. Yang as Will O’Brien and Alex Moffat as Chris in the comedy THE OPENING ACT, a RLJE Films release. Photo courtesy of RLJE Films.)

There are laughs and Jimmy O. Yang does a fine job as the character of Will Chu. He is very believable as a comic just starting out learning the ropes. But, the end credits with short interview clips from the comics in the film talking about their early days was actually more interesting than the film itself.


Overall, “The Opening Act” hits some of the right notes but just like a new comic, it needs work to get to the status of a complete tune.

Posted by Eclectic Arts at 2:33 PM