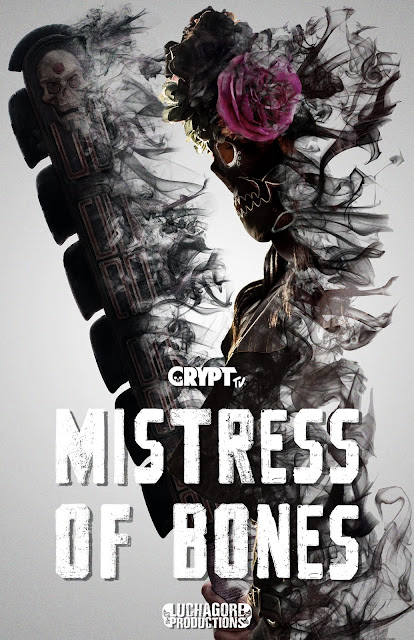 I remember seeing a hype reel for Luchagore back in 2014. The then upstart horror based production company had a lot of buzz around their creations. They then screened El Gigante and I was truly impressed.


“Mistress of Bones” is their latest short film with a public release on November 1, 2020 via Crypt TV.


As most know I don’t like to give away plot points in my film reviews. What I can say is that director Gigi Saul Guerrero wastes no time putting the viewer in the middle of a circumstance that pops right off the screen. Instead of going for the dark and evil, she goes for daylight and the historical that already lends itself to something new and exciting.


The characters are interesting, the visual effects high grade, and the story tight and mysterious.


I wish the investors out there would fund a full length feature from Luchagore.  They have proven over the years that they have the imagination and the abilities to put together high quality film shorts.  The Blumhouse work is a step in the right direction but I would love to see a glorious 90-minute plus horror feature film..   Recommended!

Posted by Eclectic Arts at 9:57 PM