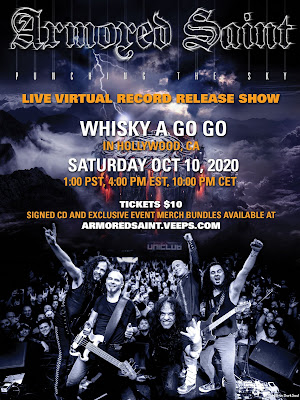 We all know how trying this year has been (that’s a major understatement) for everyone, including artists in the entertainment industry. When the current climate requires bands to tour and sell merchandise as their primary revenue streams, the pandemic has put an incredible amount of stress on all of them.


Some bands have done what they can to pivot during this time while others are in flux understandably so. The mighty Armored Saint have not only decided to put out their brand new album, “Punching The Sky” during this pandemic but they celebrated with a record release party - virtually - on Saturday.


For a mere $10 a ticket only (and up for signed CD’s and t-shirt bundles), fans could tune in to a live performance from the band that included four tracks from the new album. There was also a Q and A session after the performance.


We all know and agree live streams aren’t the same as being at a live, breathing, sweaty, headbanging metal gig, but they are the closest thing we have right now. With my television ready for the concert on Saturday afternoon, I was truly moved by the concert that was to come.


The band shot the show at the Whiskey A Go Go in L.A. so the fans got a full concert experience (sound, lights, multi-camera, etc.). Right out of the gate I felt like I was there. It was glorious!


Running through a set that was just over an hour long, the Saint played new and old. “Pay Dirt”, “Reign Of Fire”, “Isolation”, and of course, “Can U Deliver” were just some of the songs that were in the set-list.


John, Joey, Gonzo, Phil, and Jeff were on fucking fire! It honestly felt so good to see them back on a stage doing what they do best. Having watched (and personally been a part of) many virtual shows during the pandemic, I wasn’t sure if this gig was going to resonate with me or be just another live-stream. I was happy to find myself pumped up throughout the show. While it made me miss live shows that much more, it was also a triumph as a reminder about how good this virtual format can work until we get past this pandemic.


It’s not too late if you missed the stream - you can still buy a ticket HERE to view it! (opens in a new window)


The Saint are back!
Mark Sugiyama
Eclectic Arts 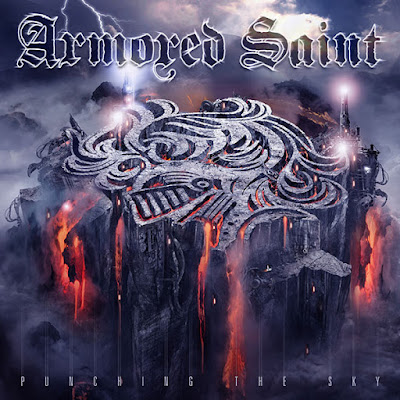