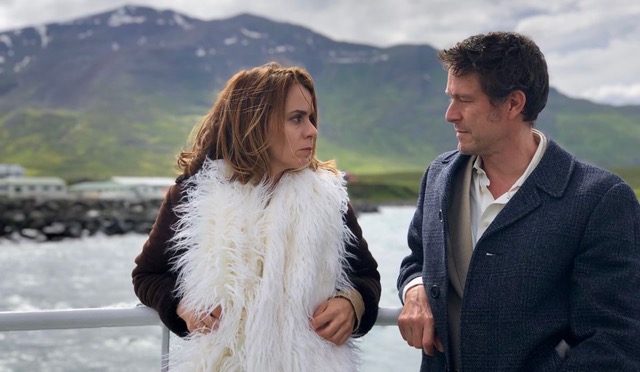 The film “Snaeland” is an intriguing movie that ultimately takes the viewer on a journey of second chances. Filmed in Iceland and Berlin, the story revolves around a down and out German journalist who is sent to Iceland to cover what he considers a fluff story. While he’s there, he discovers a woman that bears a striking resemblance to a tabloid story that ended in an alleged homicide.


“Snaeland” has a sparse but elegant look to it due to the on location filming in Iceland. There is a beautiful yet distinctly somber feel to the look of the film. Director Lise Raven wrote it with stars Frank Brückner and Emily Behr in mind. Both actors deliver complex performances of two very nuanced characters.


The pacing reflects the slow burn quality of the film. It builds and adds layers of complexity as the film reaches its finale.


“Snaeland” was interesting to me but not necessarily satisfying. I was intrigued from the beginning of the film but as it went on it seemed to lose its impact even though the storyline was coming together.


A challenging film to be sure but at the end of the day, I liked it, but wanted to like it more.

Posted by Eclectic Arts at 1:13 PM