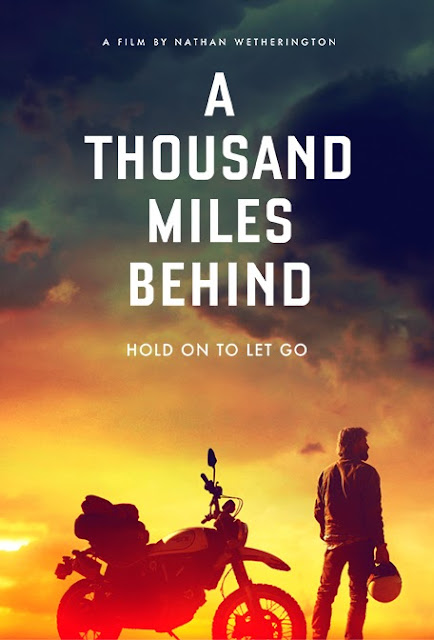 
Being a fan of Blue Man Group and having seen the show several times both the theatre version and the tour, I was intrigued when I saw that one of the blue man performers was the star of this film. Jeffrey Doornbos stars as Preston Avery, a husband and father who loses his family to a tragic drunk driving accident.

Unable to cope with the catastrophic loss, he rides out on his Scrambler Ducati, in search of some level of inner peace. Along the way he encounters a friendly lady named Tracey (Vanessa Campbell) who befriends Preston long enough to plant the seed of grief recovery.

Written and directed by Nathan Wetherington, the film starts out slow but once the character of Tracey is introduced, the movie really starts to find its footing.

Jeffrey Doornbos does a magnificent job as Avery. His journey of grief is hard but necessary to witness for the viewer. His pain becomes the viewers pain and that is a testament to his performance.

I absolutely loved Vanessa Campbell’s character of Tracey. Much like a guardian angel that came along when Preston needed one most, her positive energy just takes over the screen any time she was on. This is also a testament to her fine performance.

“A Thousand Miles Behind” does feel a bit like a promotional piece for Ducati during the earlier parts of the film. But, once Preston starts breaking through the emotional fog of his journey, things really begin to focus on the characters and the story at hand.


A THOUSAND MILES BEHIND OFFICIAL SITE