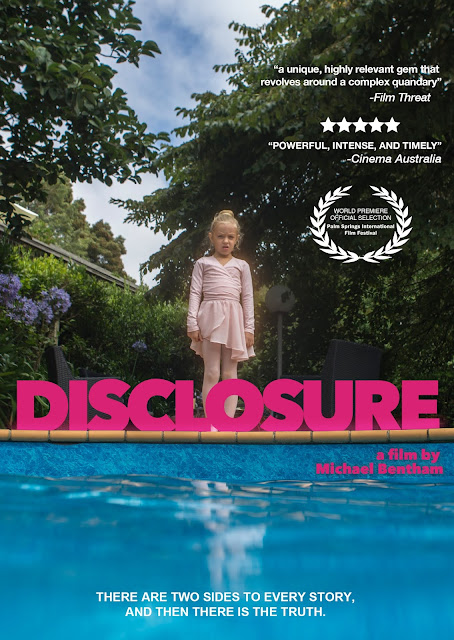 
If you have been wondering where my film reviews have been lately, please know I was on a virtual tour with an amazing band out of L.A. called AL1CE - from May 22nd through June 15th - we played 24 shows in 25 days (only pausing for Blackout Tuesday). I’m actually back on the virtual road with them now but on a much less rigorous schedule through the 26th of July. Then things amp up again for the second leg of their virtual tour. So, my film reviews will become much more timely and punctual for the next month or so.


Which brings me to, “Disclosure”. Director/writer Michael Bentham has crafted a play-like film that is pure drama and unnerving at that. Two couples spend the length of the film trying to come to a nearly impossible conclusion regarding a serious abuse allegation from Natasha - the four year old daughter of Emily and Danny. The target of the allegation is one of the two sons of their good friends Bek and Joel.


The film plays out like a live theatre piece in many instances, especially early on, as the editing takes a backseat to the performances of the fine actors in this Australian film. Many a time there were scenes where the actors actually act with zero cuts for at least 45 seconds to a minute (maybe longer). I loved this as it allowed the actors to really dig into their characters and the story at hand. 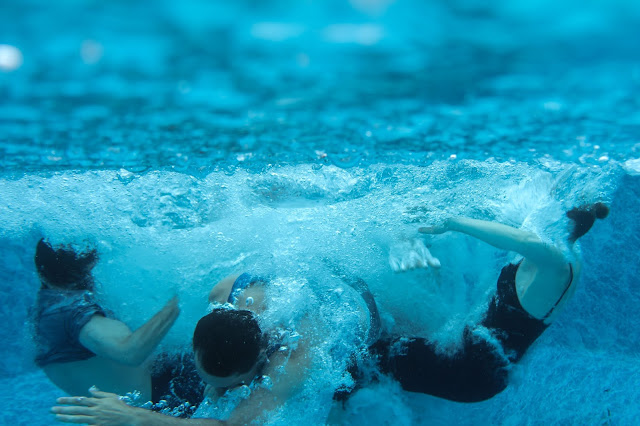 There are subtexts woven throughout the story to make the audience unsure of each couple's allegations or defensiveness. Sexual voyeurism via video recording Emily and Danny’s exploits comes into play as does the past sexual abuse by Bek’s step-brother.


Who is telling the truth and who isn’t brings up all sorts of conflict in, “Disclosure”. The performances of Mark Leonard Winter, Geraldine Hakewill, Matilda Ridgway, Tom Wren, and Greg Stone were extremely authentic. At times it felt like you were watching a courtroom drama break out in a summer staged back yard. 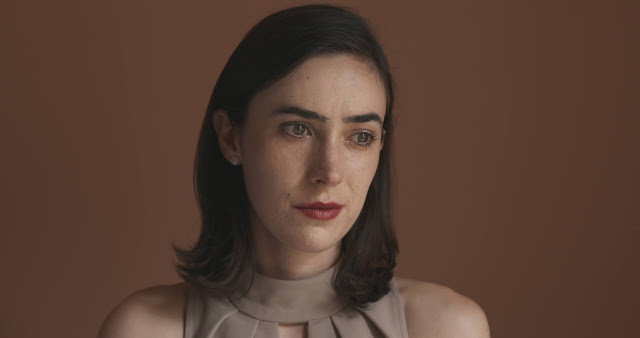 There is no levity in, “Disclosure” - absolutely none. This should be made for the live theatre stage if it hasn't already (once the world returns to a place where live events can take place again, of course).


“Disclosure” is a well crafted film that is compelling from beginning to end. Recommended.

Posted by Eclectic Arts at 9:18 PM