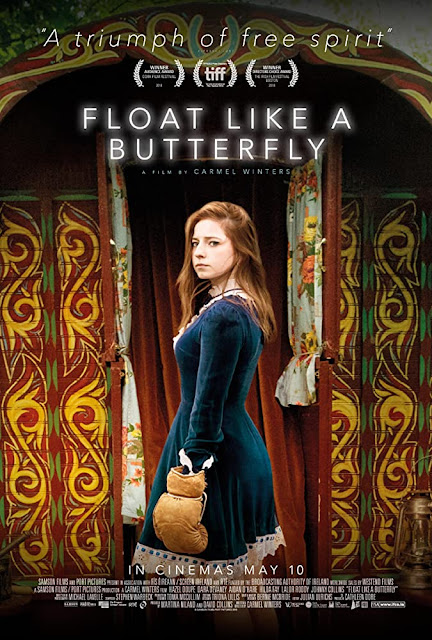 When someone sees or hears a title like this, you can’t help but think of the great Muhammad Ali. Is this Irish film about boxing? Not really even though it does play a small role in it.

The film is a day to day drama about a group of outcast Irish families that live like roadside gypsies in rural Ireland. Mocked and shamed by the locals, teenage Frances (played by Hazel Doupe) idolizes Muhammad Ali and dreams of seeing him fight one day in Dublin.

Tragedy strikes the family early on in the film and the second act follows Frances, her brother, and her father as they try to make ends meet, all the while dad must face his demons, and Frances must follow her dream.

“Float Like A Butterfly” is extremely rich in character, plot, and development. I found myself engrossed in the acting and the honest portrayal of the characters. This is not a feel good film in my opinion. It is, however, a drama that is executed to a near perfect degree. There were no weak links in the cast and Hazel Doupe carried the film on her shoulders with grace and ease.

As I continue to delve deeper and deeper into the film reviewing well, I am amazed at the stories out there that are being told with such precision as, “Float Like A Butterfly”. Recommended.

Posted by Eclectic Arts at 9:39 PM