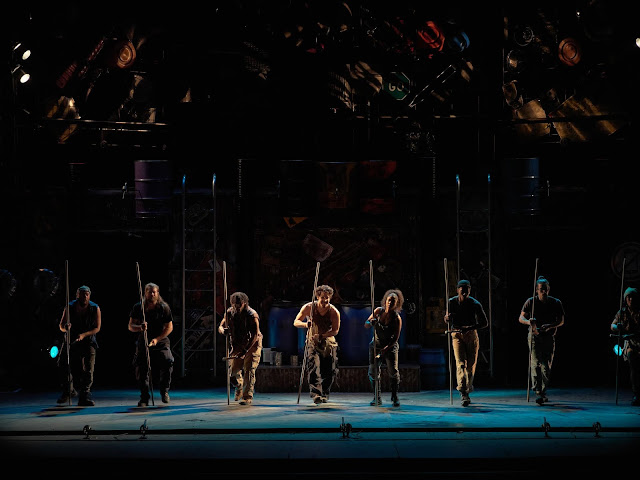 Twenty five years is a long time for any show but that’s exactly what STOMP is celebrating in 2019. The much beloved performance art, dance, percussive, and humorous show returned to Seattle last night at the Moore Theatre.

I haven’t seen the show in over ten years so it was a real treat to see it in its 2019 incarnation. There is always a member of the troupe that leads the show who serves as the connection to the audience as well. Communication is always done through gestures, expressions, and the like - never actual understandable words. Audience participation plays a role as well but it’s really the eight magnificent performers on stage that are the focal point.

For those unfamiliar with STOMP - the show incorporates dance. rhythm, and percussion on any items the STOMP crew can come up with. Many are familiar items such as brooms, sticks, and trash can lids - staples of the show since its inception. However, they also use items such as grocery carts, Zippo lighters, plastic bags, oil drum cans, kitchen sinks, garbage cans, suitcases, inner tubes, water cooler jugs - you get the idea.

The show is divided into skits - at any given time there may be one member on stage performing to all eight and everything in-between. Everything is rhythm and dance based. There is also plenty of humor throughout the show. STOMP really is unique and was the predecessor for many other performance art shows.

I was extremely pleased to see that a good portion of the show was new last night. Two full pieces were new plus a few others that I had never seen before. Even some of the existing “classic” pieces were tweaked and enhanced.

It is such a creative show that it’s hard not to get caught up in it. The performers are all high caliber artists that work together so well, the show seems almost perfect.

I particularly liked the transitions both during the skits and in-between them. For example, instead of having someone come on stage to remove buckets that aren’t being used, they will rhythmically find a way to remove the items as a part of the skit. They did this the entire performance.

The proverbial wall of STOMP is always a showstopper and last night was no exception. Things get to such a frantic state when the wall is in use that it is truly a sight to behold (and hear).

The performers were completely on point last night. One oil can decided not to cooperate but that didn’t stop them. The other two performers continued on as if nothing happened.

STOMP is great fun and it works on so many different levels. If you enjoy the arts, if you are an artist yourself, do yourself a favor and check out a performance. I left the show last night creatively re-charged and you will too. Recommended! 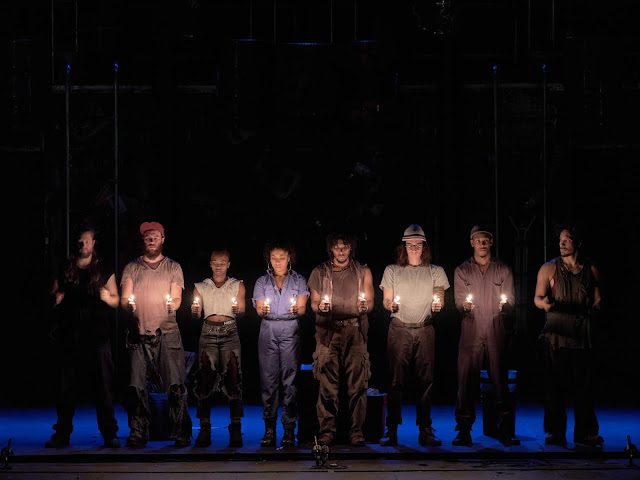