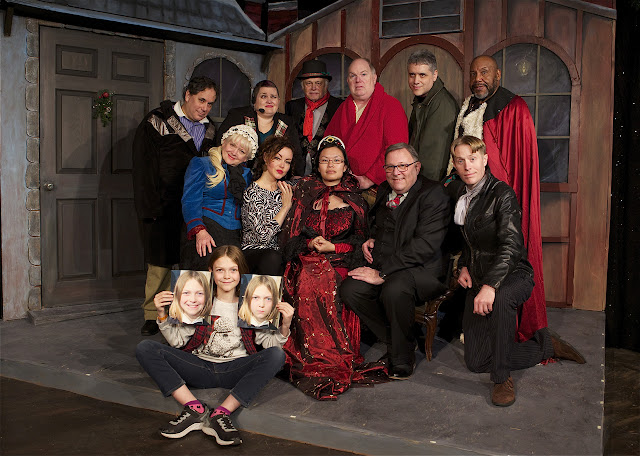 The holiday season is here and with that comes many holiday shows. The Phoenix Theatre opened with, "Inspecting Carol" on Friday night. I had the opportunity to review the Sunday matinee performance.

The plot revolves around the down and out Soapbox Playhouse that is putting on their annual show of, "A Christmas Carol". There is dysfunction at every turn and the very real threat of closure looms overhead. The company's last saving grace is if a federal arts grant inspector gives them a favorable review of the show and reinstates their grant money.

ACT I had its share of funny moments but the details and circumstances really set up ACT II beyond measure.

By the time ACT II got to the actual production of, "A Christmas Carol", the audience was howling with laughter, myself included. The details from the first act were so expertly laid out that the payoffs in act two were just perfect!

I don't want to spoil the show but let me just say I haven't laughed that much at ANY show I've reviewed thus far at any area theatre. 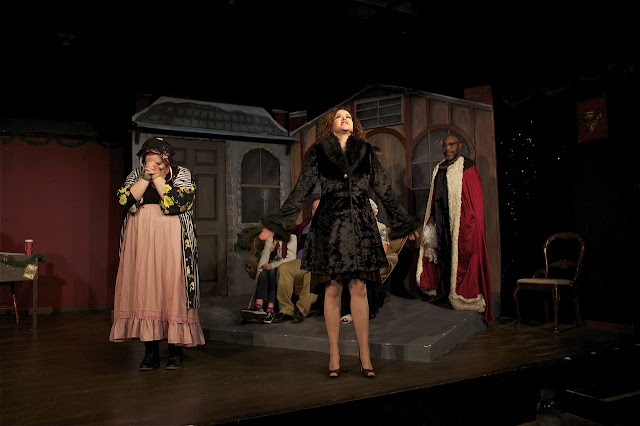 Amy Susynski as Zorah Bloch kept the show together and as many times as the show wanted to go off the rails (in a good way), Amy's acting kept things on track. She really stood out during the production.

Jay Jenkins as Larry Vauxhall (playing Scrooge) was just spot on with his performance. The actor's actor in the show, his timing and delivery were spectacular.

Susan Connors as Dorothy Tree-Hapgood and Jim Thompson as Sidney Carlton was a dynamic pair with plenty of laughs throughout the show. Susan's English to American to English accent was particularly hilarious.

Raymond Miller as Walter E. Parsons did so much with so little. When you see the show, you'll know what I'm talking about - especially in ACT II. His facial expressions and comedic timing stole the scenes at times - remarkable considering the other scene-stealing actors on the stage. 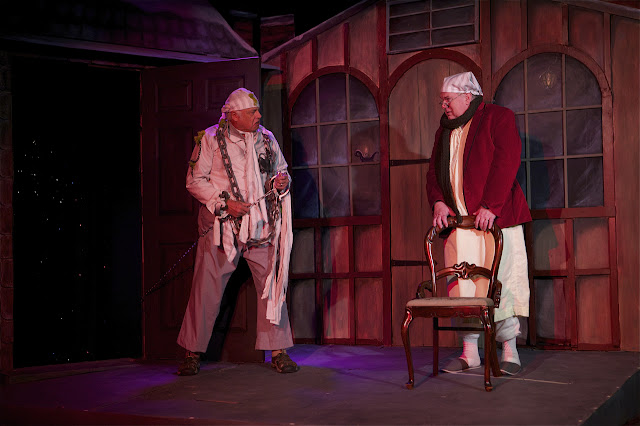 The other cast members were equally effective and there were no weak links in this cast. They all had their moments to shine and shine they did.

I could go on and on about this show but suffice to say, "Inspecting Carol" starts off a bit mid tempo if you will but then culminates in a finale that is just gut bustingly hilarious. It's the kind of show I would see again without question.

The show runs through December 22nd. Tickets have truly been selling at a brisk pace - not hype. Buy yourself tickets HERE  before they're sold out and get ready for a really fun time!

See you at the theatre!
Mark Sugiyama
Eclectic Arts
EA on FB
EA on IG
EA on YT
Eclecticartszine AT gmail DOT com