The Showbox Was A Messy Place - TACOCAT Album Release Review! 6/8/19

The last time I covered a show at the Showbox at the Market I thought that was going to be the beginning of renewing my concert coverage for Eclectic Arts. However, life interfered and I was sidelined for a few months before making my return to the pit until this past Saturday night.

There are many bands around town that I have heard their name or someone told me I should check them out; Tacocat is one such band. They've been around over a decade now (with the same lineup) and I hadn't seen them live yet. Add in two other local bands and I was stoked for Saturday night!

Beverly Crusher (the name is from the Star Trek series for you nerds out there) took the stage at 9pm and, well, crushed it. The powerful trio was high energy all through their 45-minute set. Part punk, rock, and indie, Beverly Crusher set things up nicely for the night.

There was a lag between bands (one member of Nightrain was running late from her earlier gig at the Book It Rep) but the reunited Nightrain stormed the stage for 45-minutes as well. Switching instruments based on any given song, the band kept the frenzy alive that Beverly Crusher started. Choo Choo Mofos indeed!

And then it was time for Tacocat.

The sold out concert was an album release show for their new album on Sub Pop, "This Mess Is A Place". Emily, Bree, Lelah, and Eric took to the stage and did what they do best - play punk inspired tunes with a message.

Gloriously decked out in sequins and glitter, Emily was the focal point of the band. As the vocalist, she danced throughout the set as she sang the tunes full of matter of factness and frivolity at the same time.

Balloons were bounced around in the air as the fans danced and crowd surfed (well at least one fan did that I saw).  They played tunes from their new album of course like, "New World" and blended in songs from their other releases including, "I Love Seattle" and "I Hate The Weekend".

The band was just plain fun! And it's great to know that there are all sorts of talented bands here in Seattle.

The hour-long set was accented by an encore of course before the lights came up and music streamed over the PA signaling the show was over.

The band has worked their way up the ladder and it showed Saturday night. I wasn't there for the house shows from the old days (wish I had been now) but I can picture Tacocat going nuts in sweat filled basements and clubs. Selling out the Showbox is no mean feat - I've seen many a touring act not sell it out so kudos to the band and the fans for showing up! Save The Showbox!

Tacocat made a fan out of me. When they're in your town, check them out and I'm willing to bet they'll do the same for you.

Special Thanks: Jason for the credentials - thank you so much for the opportunity! 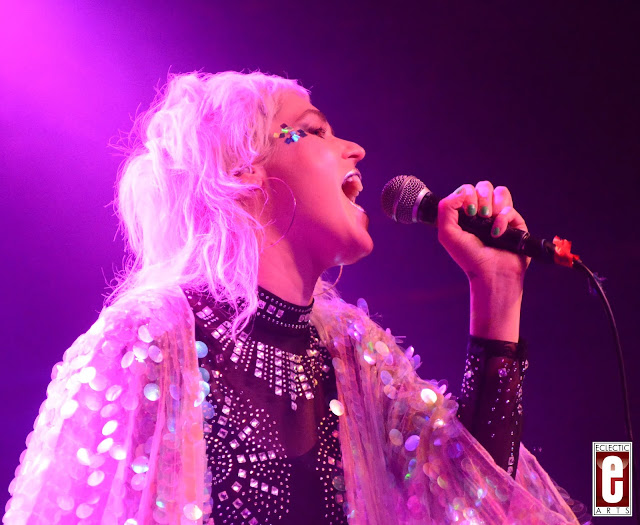 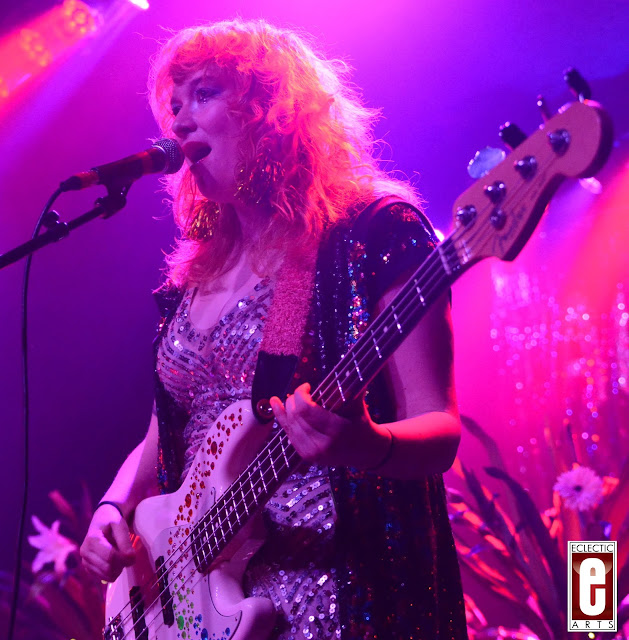 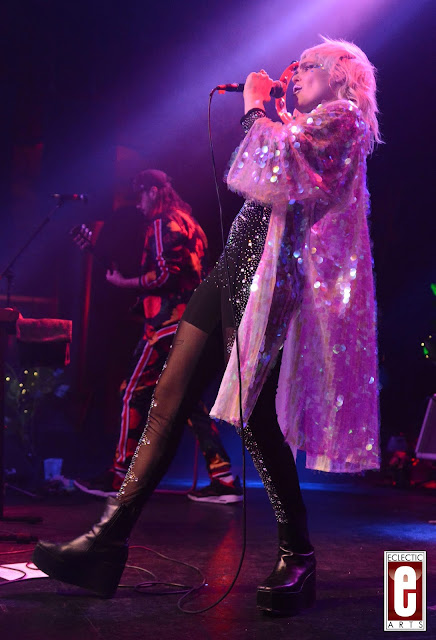 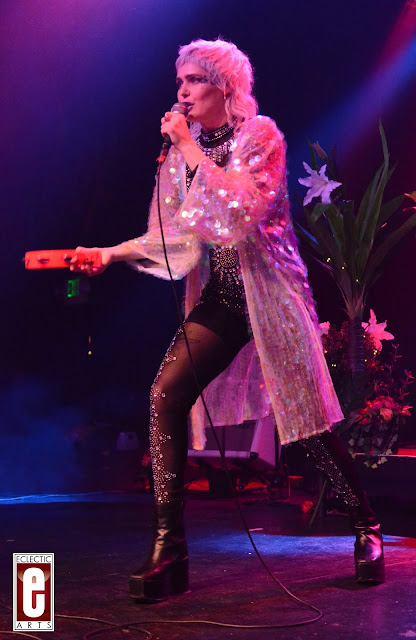 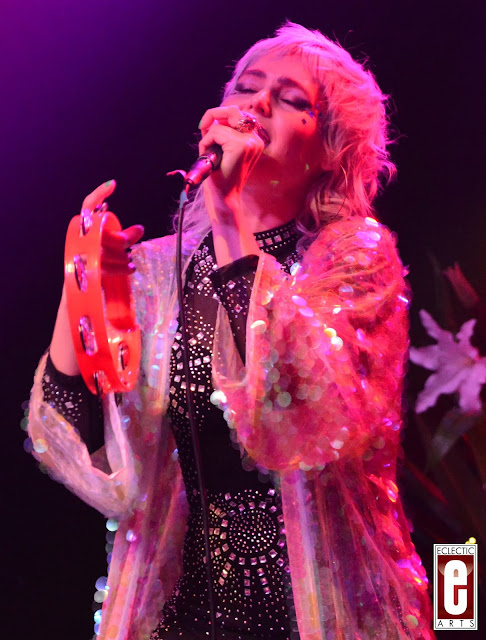 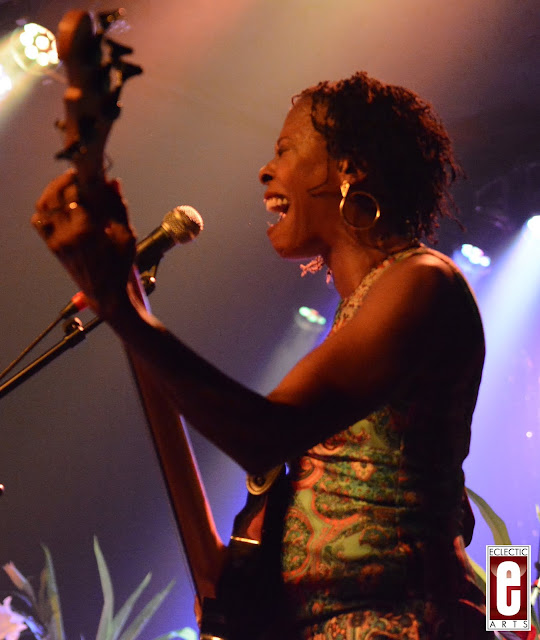 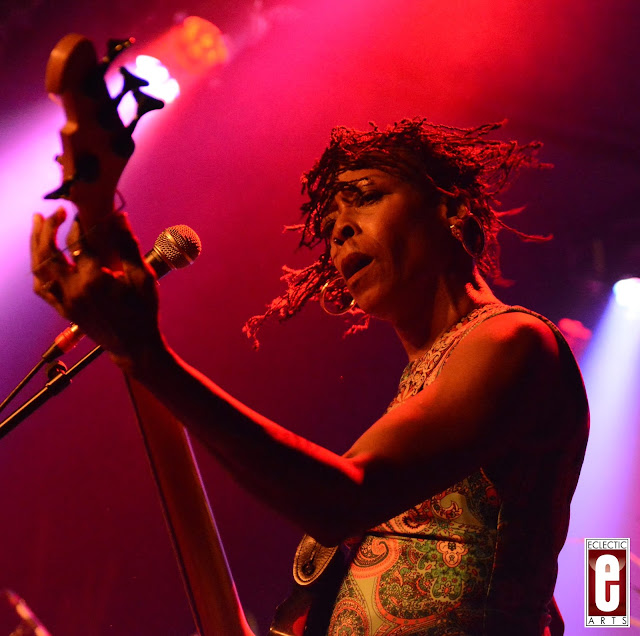 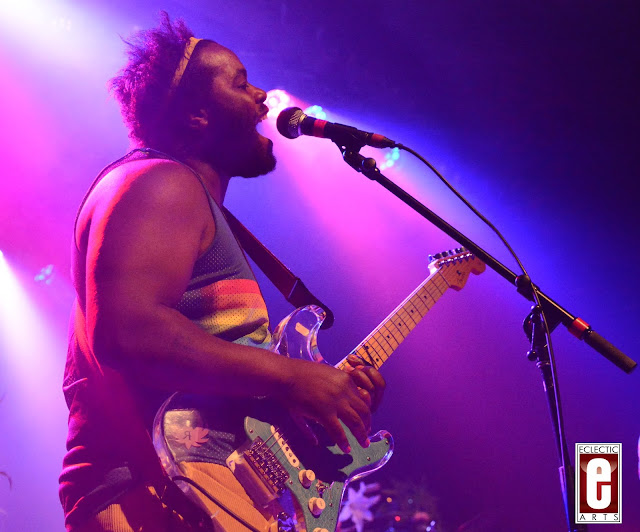