The legend returns to the Northwest! SMOKEY ROBINSON Performs At The TULALIP AMPHITHEATRE July 12, 2019! 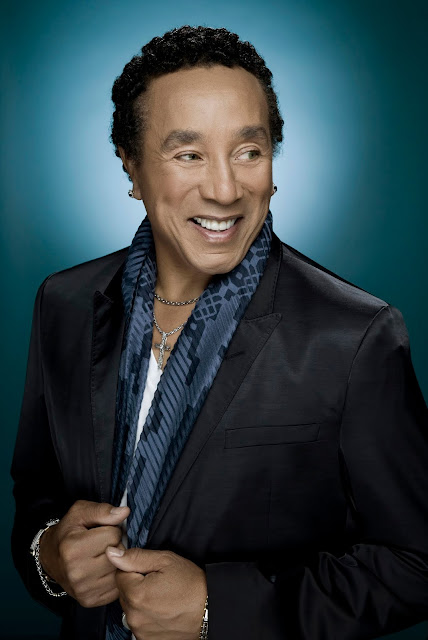 Robinson and his group, the Miracles met Berry Gordy after a failed audition for singer Jackie Wilson’s managers. Gordy was impressed with Robinson's vocals and ambitious songwriting. With his help they released, "Got a Job.” It was the beginning of a successful collaboration and the beginnings of Motown.

In recent years, Robinson released the standards album, Timeless Love, Time Flies When You're Having Fun, Now And Then and Smokey & Friends. He is releasing his first ever solo Christmas album, Christmas Everyday in November 2017 as an Amazon exclusive.

Robinson has been Inducted into the Kennedy Center, awarded an individual star on the Hollywood Walk of Fame and a second star with The Miracles. He was awarded a medal at the National Medal of Arts, A Heritage Award at the Soul Train Music Awards and a BET Lifetime Achievement Award. Howard University conferred on Robinson the degree of Doctor of Music as did the Berklee College of Music.

See the legend in July!  Tickets can be purchased at Ticketmaster.com or service charge free at the Tulalip Box Office. 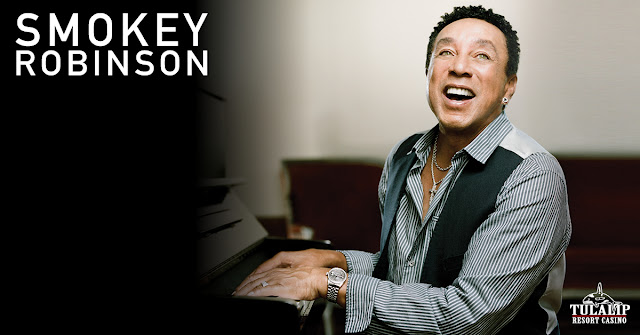 Award-winning Tulalip Resort Casino is the most distinctive gaming, dining, meeting, entertainment and shopping destination in Washington State. The AAA Four-Diamond resort’s world-class amenities have ensured its place on the Condé Nast Traveler Gold and Traveler Top 100 Resorts lists. The property includes 192,000 square feet of gaming excitement; a luxury hotel featuring 370 guest rooms and suites; 30,000 square feet of premier meeting, convention and wedding space; the full-service T Spa; and eight dining venues. It also showcases the intimate Canoes Cabaret and a 3,000-seat amphitheater. Nearby, find the Hibulb Cultural Center and Natural History Preserve, Cabela’s and 130 designer names at the Seattle Premium Outlets. The Resort Casino is conveniently located between Seattle and Vancouver, B.C. just off Interstate-5 at exit 200. It is an enterprise of the Tulalip Tribes. For reservations, please call 866.716.7162 or visit us at www.TulalipResortCasino.com.
Posted by Eclectic Arts at 1:30 PM