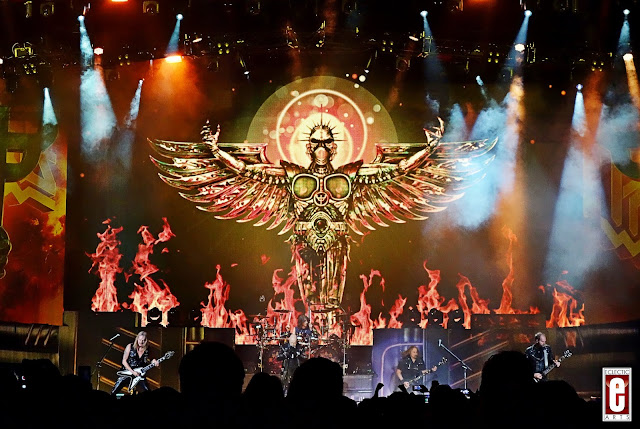 Touring on their third go around for the Firepower Tour 2018-2019, Judas Priest did what most bands should do and fans wish they would do - change up the setlist! The majority of bands if they come back to an area more than once might change a few songs in their set but for the most part you're going to hear the same songs as last time.

The band scrapped the entire main setlist (sans encores) and created a brand new setlist! Much has been posted about this but it begs repeating - this it what the fans want! I first saw Judas Priest in 1982. I've seen them several times since. As much as I dig hearing the popular songs, it gets tedious after awhile. Thankfully Judas Priest busted out songs I never thought I'd hear live on Friday night.

Starting with the ever familiar, "War Pigs" over the PA, the intro music eventually started as the band launched into, "Necromancer" off the "Firepower" album. Decked out in metal voodoo attire, The Metal God stalked the stage as he belted out the vocals as only he can. Scott Travis and Ian Hill laid down the rhythm as Richie and Andy provided the twin guitar attack.

The band shifted into songs from nearly every album in their career. I loved hearing; "(Take These) Chains" live, as it's never been performed until this tour. "Judas Rising" also sounded fantastic as did, "Steeler" from "British Steel". With the disco ball providing the lightshow, "Out In The Cold" was also a welcome addition to the set!

I remember reading some complaints when, "Victim of Changes" wasn't in the 2018 setlist. It made its welcome return this go around. Rob Halford showed that he still has it. When he had to hit those screams throughout the song, they made everyone in Kent, WA raise their fists in the air and yell, "YEAH" as the Metal God screamed for vengeance. The solo showed footage of Glenn Tipton, which was a very nice touch as he's sat out the majority of these shows due to his health condition.

The main setlist was just a joy to behold. If you're a Judas Priest fan, you loved it. If you're a casual fan then you may have been wondering when are they going to play the hits. Well, three of the hits came in the form of the encores. "Hell Bent For Leather" complete with Harley Davidson, "Breaking The Law", and "Living After Midnight" finished off the show.

The band sounded fantastic as always. The visuals were new for this leg of the tour. And the setlist was a dream come true. Again, I wish more bands would take a note from Judas Priest and change up their lists every now and then, especially if they're playing the same area twice during a tour.

The summer solstice in Kent, WA started with a heavy metal bang courtesy of Judas Priest!

Uriah Heep opened the show with an old school hour-long set of classic tunes. They were clearly enjoying being on this arena tour and it showed. "Easy Livin'", indeed!

Special Thanks: Jen and Chip for the credentials - thank you so very much! 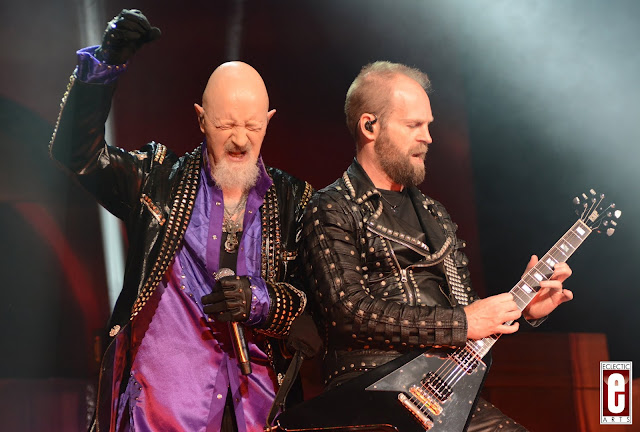 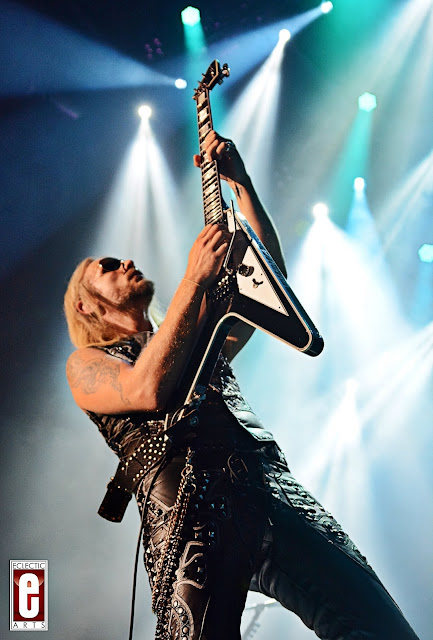 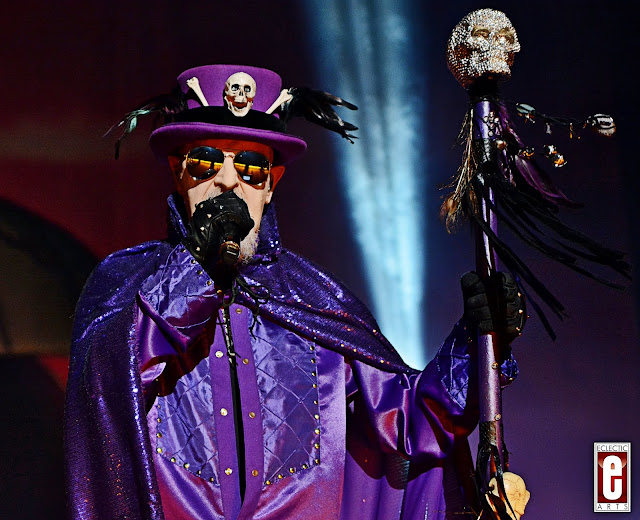 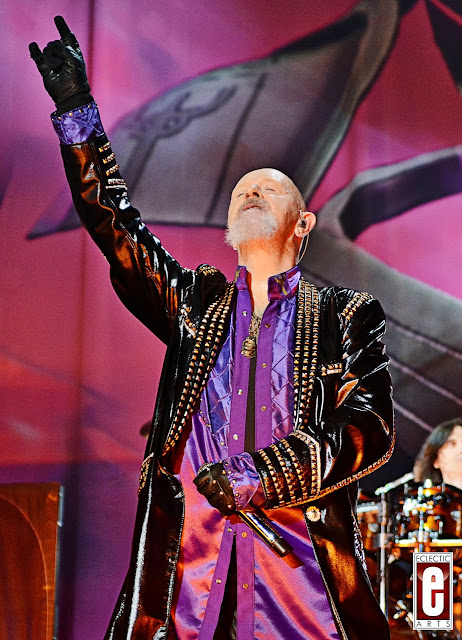 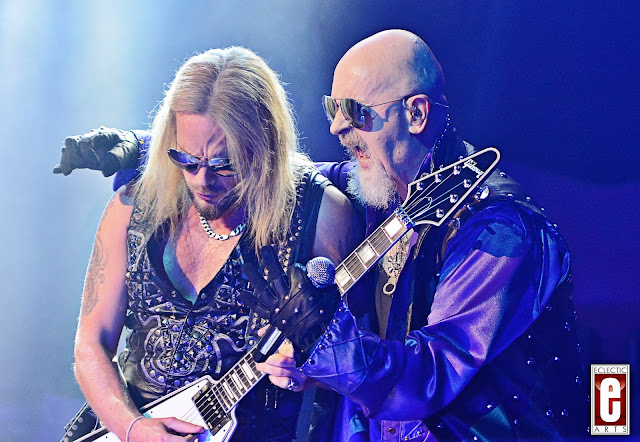 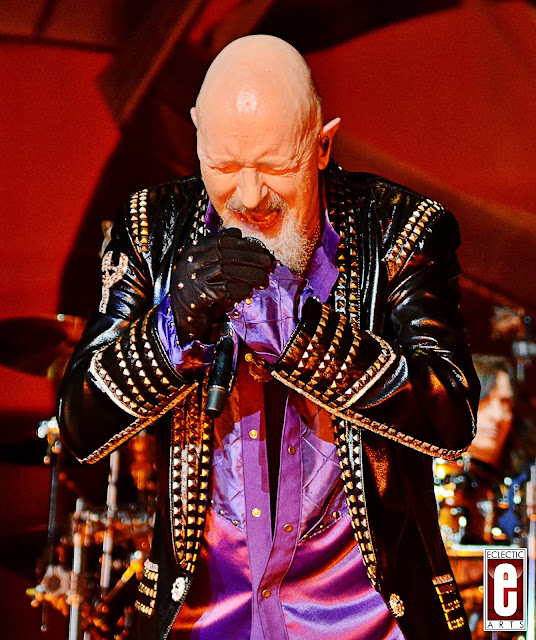 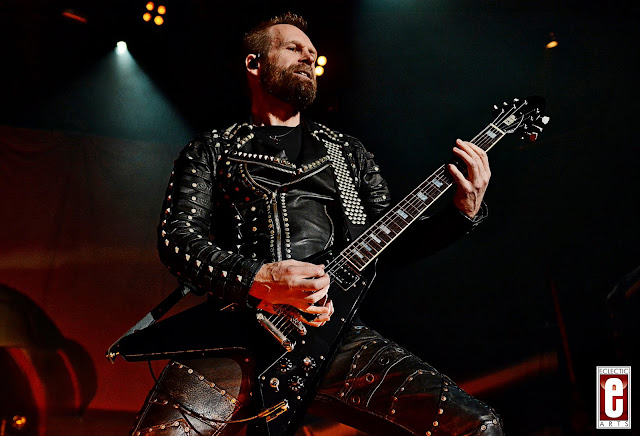 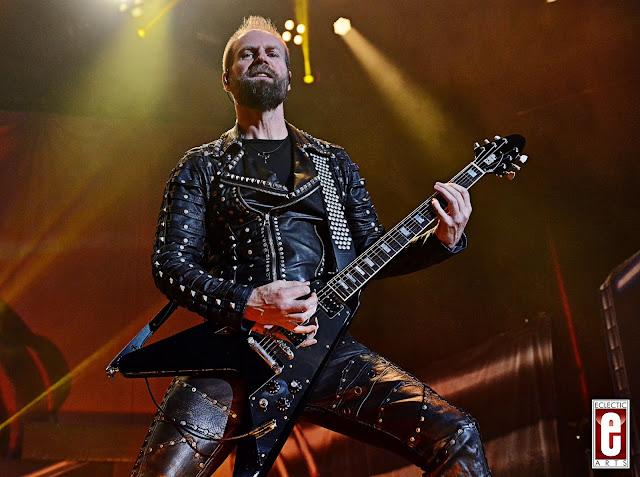 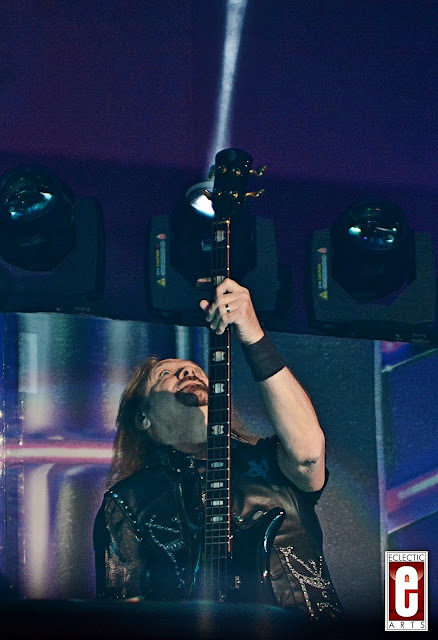 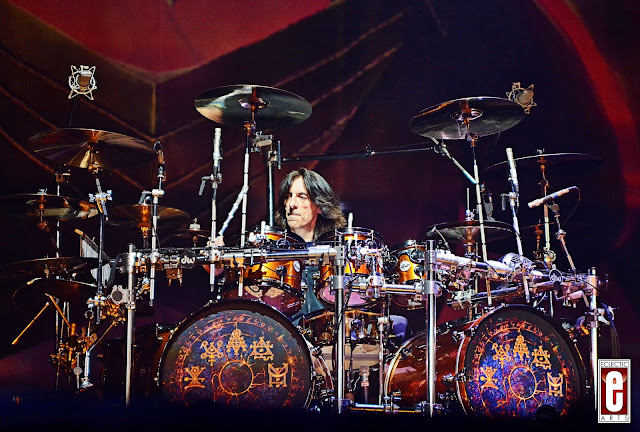 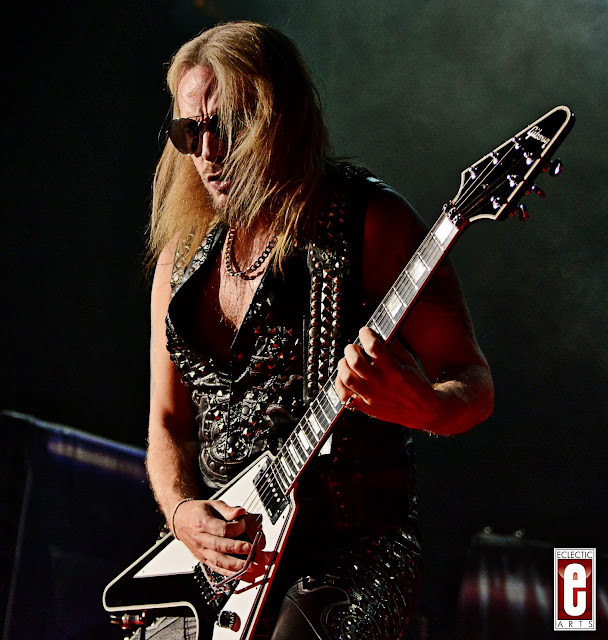 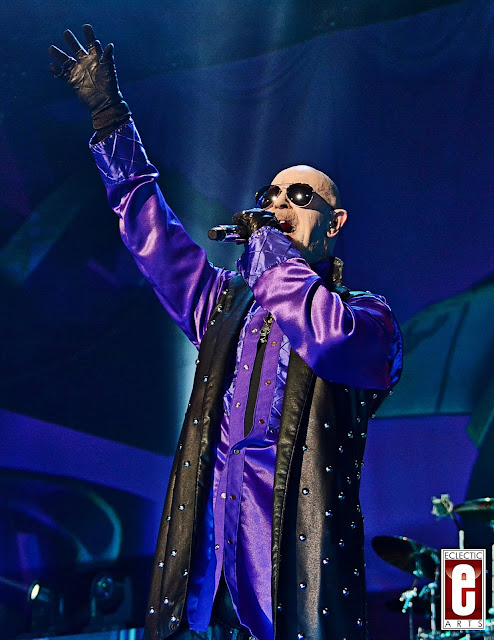 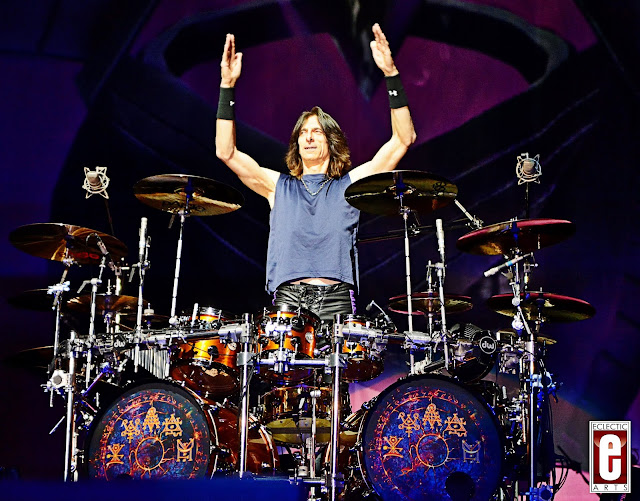 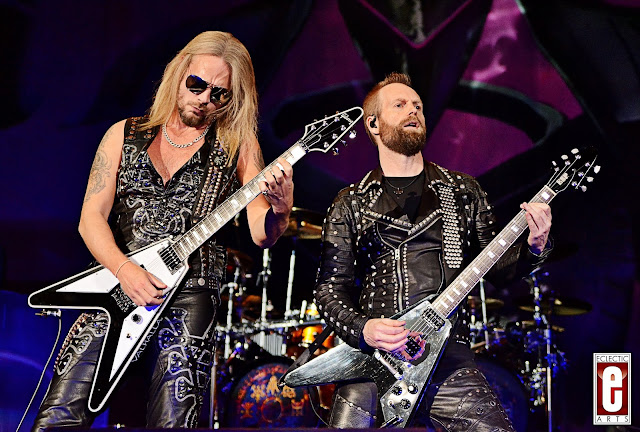 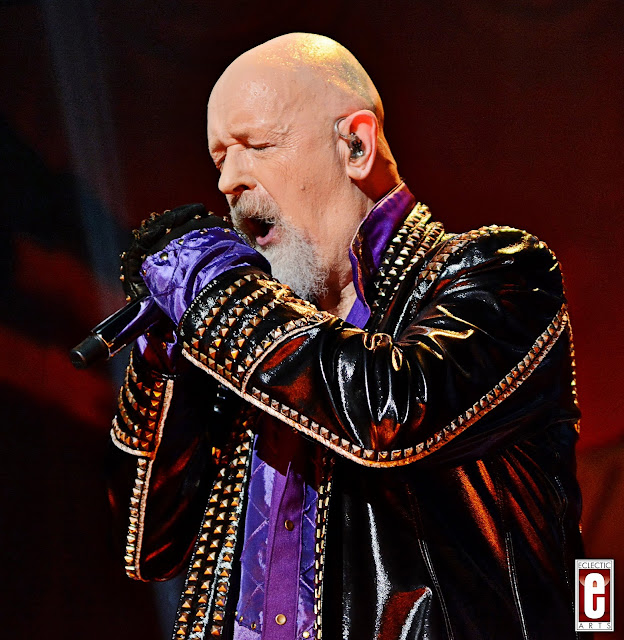 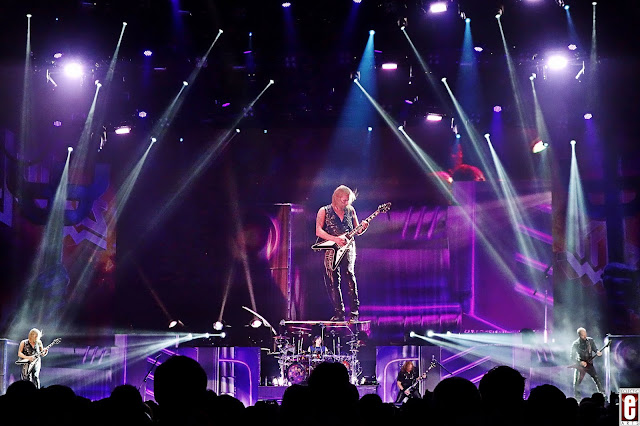 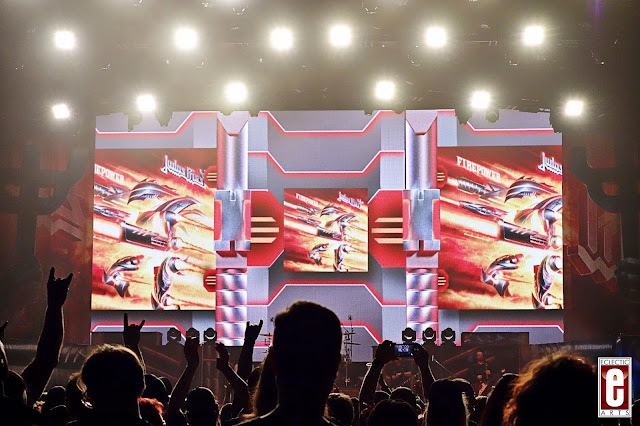 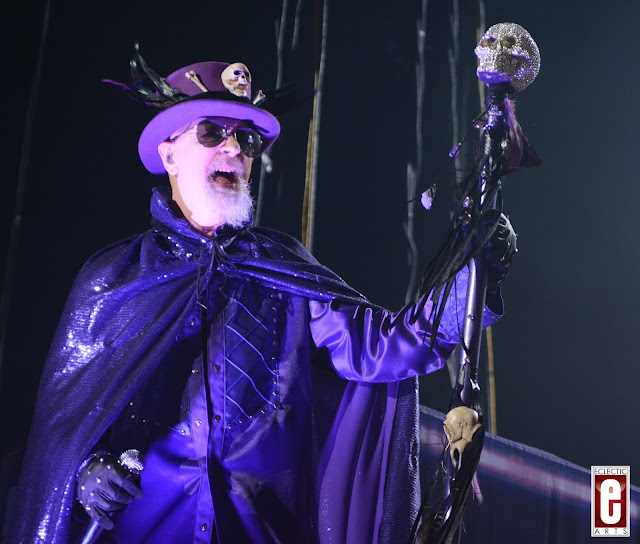 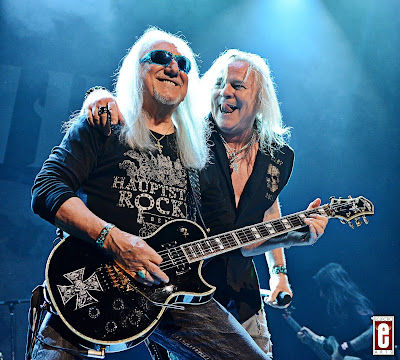 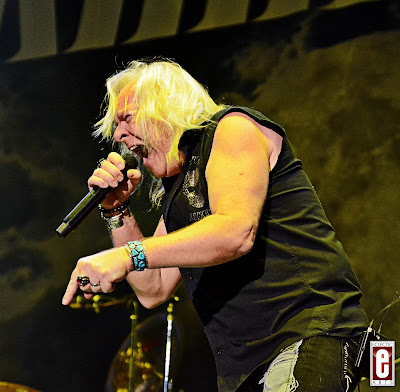 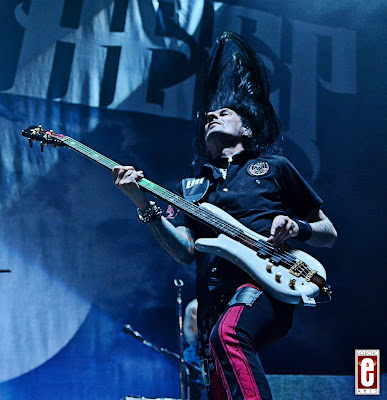 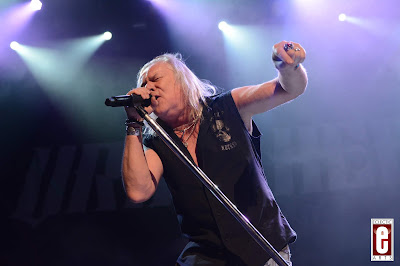