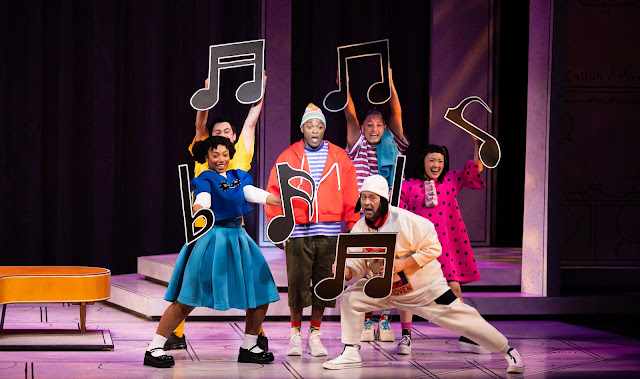 
The cast of six really embodied the beloved characters from the mind of Charles M. Schulz. Charlie, Sally, Lucy, Linus, Schroeder and Snoopy are the featured characters and that was more than enough to entertain the audience on Saturday evening.


It can be difficult to capture very well known characters as everyone in the audience will have their own idea of how the character should be portrayed. The actor can easily get caught in a catch twenty two situation where they can’t win. Major kudos to the cast for really giving each character the surface qualities of each character but additionally adding the heart to each character as well.


Arika Matoba as Sally Brown was especially spot on with her voice, comedic timing, physical gestures, and everything else that really brought Sally to life. This came as no surprise as I was fortunate enough to see her four years ago portray Lucy van Pelt in another production based on the Peanuts characters.


Each character has a spotlight piece as well as many numbers throughout the production as a cast. Each cast member embodied their respective characters and there were absolutely zero weak links in the cast.


With all the craziness going on in the world, a musical like, “You’re A Good Man, Charlie Brown” is a great way to escape for a few hours with its lighthearted approach based on iconic characters.