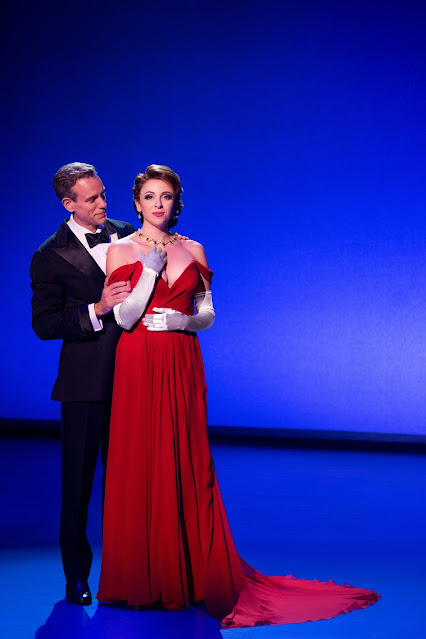 ((L to R) Adam Pascaland Olivia Valli Credit: Matthew Murphy for MurphyMade.)
Directed and choreographed by Jerry Mitchell
Produced by Paula Wagner
Book by Garry Marshall and J.F. Lawton
Music and Lyrics by Bryan Adams and Jim Vallance
I was curious to see how the mega 80’s hit film would be transformed for the musical stage. The first national tour strutted into Seattle last night for the very first time and for the most part hit the mark.


The positives are that the musical definitely found ways to recreate the chemistry and magic of the film. I was surprised at how well they managed to capture the cute scenes, the endearing scenes, etc.


The leads Olivia Valli and Adam Pascal brought a different aspect to the characters compared to Julia Roberts and Richard Gere but they worked. While I enjoyed Olivia’s voice, Adam’s voice was too reminiscent of his character singing the songs if that makes any sense. I would have preferred they had him sing more in a musical theatre style.


The supporting cast in some scenes stole the show. Kyle Taylor Parker got much applause from the audience throughout the musical with his comedic timing and heartwarming portrayal of several characters. 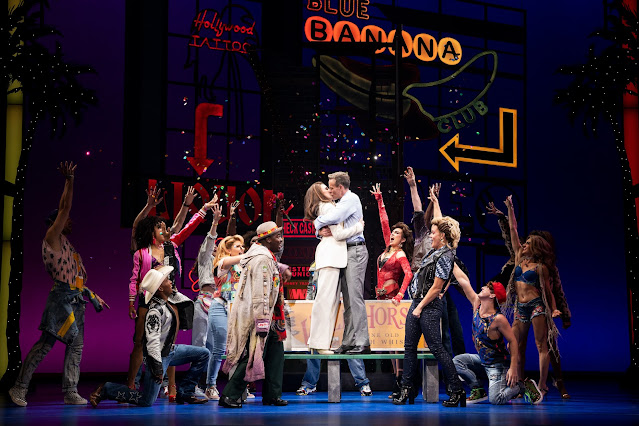 (The Company of Pretty Woman: The Musical  Credit: Matthew Murphy for MurphyMade.)
The negative is very common for a new touring musical. It felt like they haven’t quite tweaked this musical enough yet to make it a high powered machine on stage. I think with a few changes here and there, it could go from good to great. While I enjoyed the show, it wasn’t a homerun (but it could be).


The audience was diverse and a great number of patrons showed up on a Tuesday evening which was fun to see - especially those decked out in red dresses or red anything to pay homage to the film.


If you liked the film, you’ll most likely enjoy the musical, perhaps with a few reservations. Go see for yourself and let me know what you think.