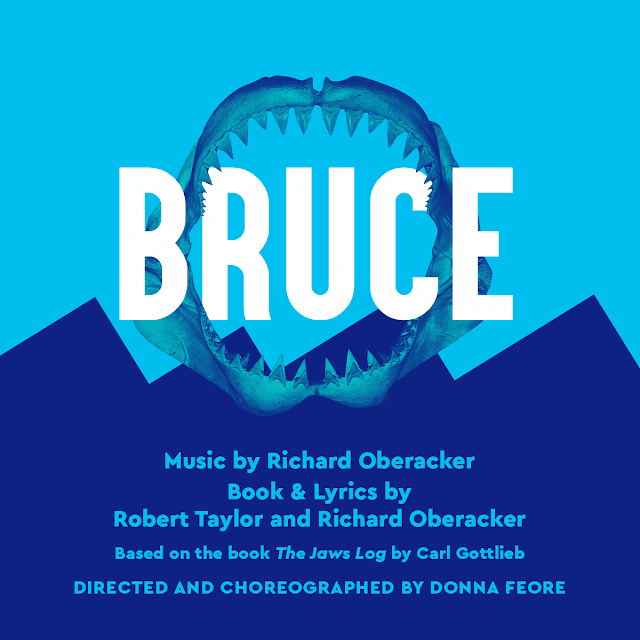 ("Bruce" at the Seattle Rep)


Being a fan of the first “Jaws” film and having seen many of the behind the scenes documentaries and extras, I was curious how this subject was going to translate to the stage as a musical.


If you’re familiar with the trials and tribulations Steven Spielberg went through to get the film made, then you can begin to understand how the story would take shape.


Before Steven Spielberg was one of the most well known film directors, he made his mark with “Jaws” but he came away scarred from the experience. Pretty much anything that could go wrong, did go wrong. 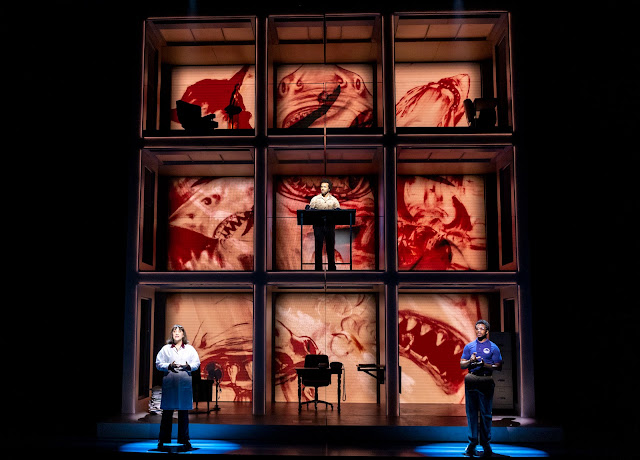 (Candice Song Donehoo, Justin Keyes, and Napoleon M Douglas in Bruce at Seattle Rep. Photo by Lindsay Thomas. Jaws sketches courtesy of Joe Alves: Designing Jaws.)
“Bruce” is the nickname of the mechanical shark that was created to be the so-called villain in the film. Well, “Bruce” rarely worked correctly so the production was forced to get creative to figure out how to tell the story without its lead character for most of the film.


The musical was unusual but done well. It kept my interest and the performances were strong across the board. I thought that I would feel inspired after the performance was over, overcoming the odds, etc., but that didn’t really happen. I left the Seattle Rep feeling that I was entertained by “Bruce” but not much more. It will be interesting to see where “Bruce” goes from here.


Judge for yourself after you’ve seen it.