It was six years ago when I was looking through YouTube and discovered a talented singer/musician named Jenn Sakura.  I conducted an interview with Jenn soon after (you can re-read that interview here).

A lot has changed in those six years, both for Jenn and for Eclectic Arts. Here is a long overdue follow up interview! 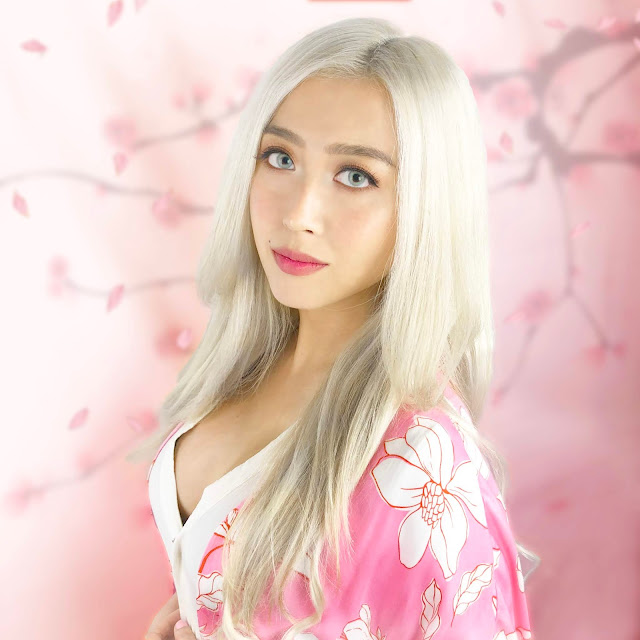 Eclectic Arts: Hi Jenn! What an unprecedented time we are living in right now. How are things down in California for you? What are you doing to keep yourself busy/sane?

Jenn Sakura: Hi Mark! Yes, we are certainly living in an uncertain and strange time right now … I think I’m pretty fortunate compared to those who are having a much harder time, especially many of my musician friends who depended on performing in live shows and touring, so I’m grateful for that. At the same time, I’m trying to help others as best I can, including continuing to create uplifting content for people to momentarily get their minds off of all the craziness happening. I think a lot of people are spending more time exploring hobbies, watching movies and shows, playing games, and the Internet has taken on a bigger, even more vital role in their lives than before. So working on music to share with others has been a big part of my quarantine life, as well as taking the opportunity to play games I hadn’t had enough time for before! 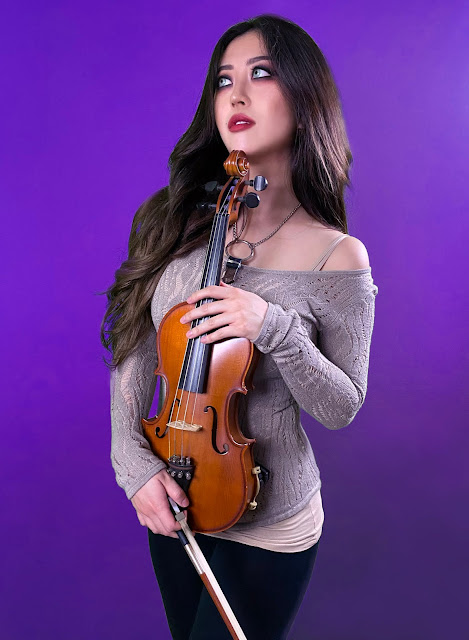 EA: When we last spoke, you were getting ready for college (?!). If you can - tell me about your college experience. What was it like? Good and bad things? What did you graduate with?

JS: Yeah, so I was actually transferring after my third year at another university. Wow, Berklee … It was definitely a mixed bag of experiences. The best thing I got out of it, I think, was all of the friendships I built and amazing people I got to know there. It was a concentrated hub of talent and passion. At the same time, that kind of environment can foster unhealthy competition and suck the fire out of an artist’s soul, which unfortunately did happen to me at one point, and does happen to many students there. But I’m really grateful for the friends and connections I made there, as well as the wealth of knowledge and inspiration I was able to gain. 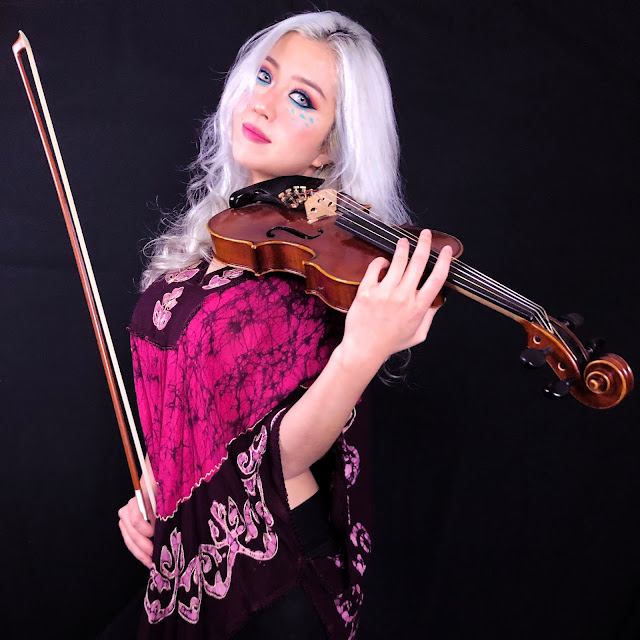 EA: You were based on the east coast but now you're on the west coast. What prompted the move?

JS: I started a new job at Twitch back in September! An opportunity came up through a friend, and I jumped at the chance to work at one of the most prominent video game related companies. I’ve been enjoying it a lot so far. It’s been so cool to be surrounded by people who are fellow video game nerds, it definitely makes for a very fun work environment. It’s also been interesting to see how a company like Twitch works from the inside and getting more insight into what makes it so successful. Other than that, I’m loving the weather in California, the greenery, the food, the beaches … No complaints here. 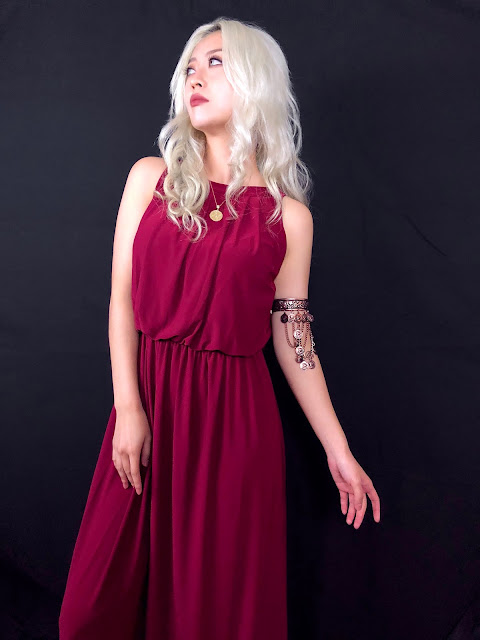 EA: I first discovered you on YouTube - via a Nightwish cover of, "Dead Boys Poem". Is that video still online? How, if anything, have things changed when you do your covers now in 2020 vs back in the day?

JS: I believe so (note - it’s no longer online - MS). I think the way I create my videos is constantly evolving. I’m pretty critical of myself, which at times can be detrimental to my motivation and creativity, but at other times helps me continue to improve and get even better, whether it’s the video editing, lighting, or vocal skill.So I would say a lot has changed. I’ve upgraded my equipment, I’ve used everything I learned at Berklee in terms of music production and vocal technique, and my video editing style has changed a lot. The cover of “Dead Boys Poem” was a bit of an outlier, I filmed the video for that outside in the forest, when the majority of my videos were done in a “studio” setting indoors. I probably wouldn’t do something like that again unless it was for an original song maybe. 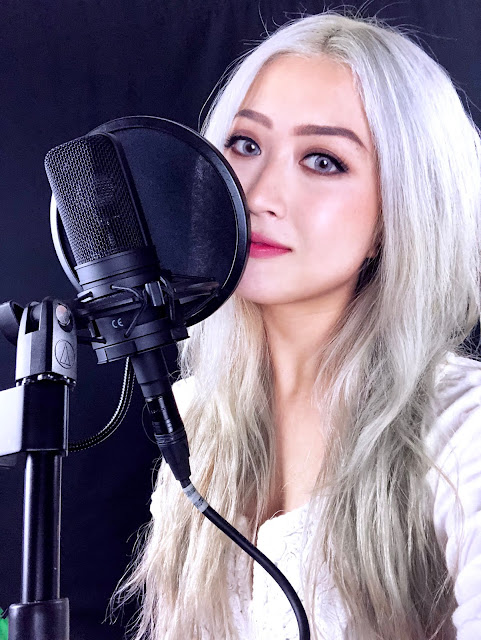 EA: I'm still not a gamer (sorry) - but I know you are. You’re on Twitch. Can you explain what that is and what goes on?

JS: So Twitch is a website and streaming platform where people can livestream themselves doing a variety of things, from playing video games (the most prolific category) to cooking and music/art. It’s been growing and becoming more popular, especially now when people are looking for ways to entertain themselves and socialize/interact with others online. I think what makes Twitch stand out is its emphasis on community.The site has many fun ways for you to chat and interact in different channels, and I’ve made many friends through it.Lately, I’ve been trying to get all my musician friends onto Twitch, because another aspect of Twitch is the ability to monetize your stream, which is especially helpful for artists. Twitch makes it really easy for people to support their favorite streamers and artists through paid subscriptions and donations. 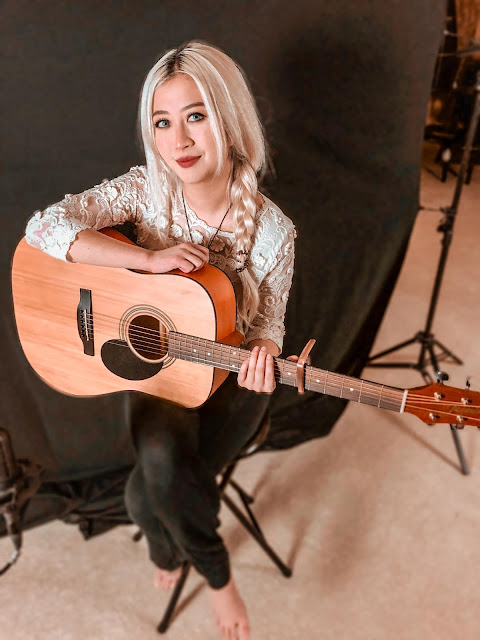 EA: What are your future plans - say the next five years?

JS: I’m not exactly sure haha… I don’t have specific plans, other than to keep pushing myself, evolving my art, and growing my channel so that I can share music with more people. I guess one main goal I have is to be a vocalist on a major video game soundtrack, that would be so cool.

EA: What music are you enjoying these days that is new to you?

JS: I have a really bad habit of not listening to new music and just replaying my favorites on repeat. So I can’t really think of any newer music I’ve been super into. What I listen to most often are video game soundtracks. One of my favorites are the ones from the Monster Hunter games. I literally tear up while listening to so many of the songs from there, but then again, I get pretty emotional about (good) music haha. 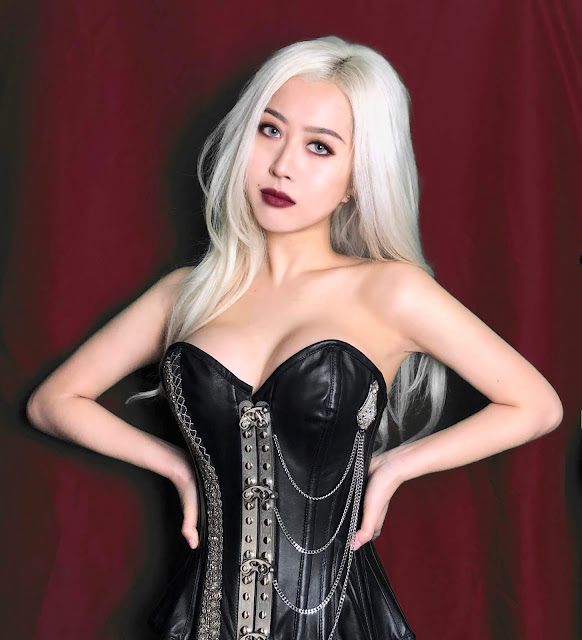 EA: In more than one of your music videos, you cosplay as the character from the game (film/band) that inspired the tune. Would you consider yourself a cosplayer? If so - what goes into your creations?

JS: I would not consider myself a cosplayer. I just try to find clothes and makeup looks that mesh and harmonize the elements of the music and visuals together. I would call my looks “inspired” by the video game, but yeah, definitely not cosplay. That’s another level of artistry that I haven’t attempted yet.There are truly talented and committed people to that craft it’d be almost disrespectful for me to put myself in the same box as them haha. 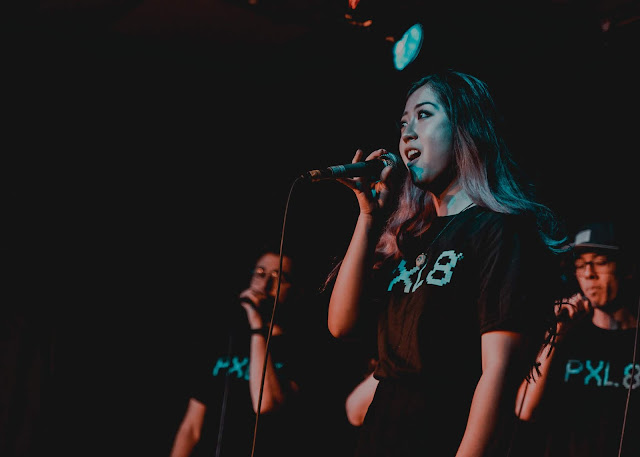 
EA: Your following on socials has grown over the years. How important is it to you to maintain your social media presence? Do you see a time when you’ll close down your accounts?

JS: I’ve never thought about it, and I don’t think that’s something most content creators think about. It’s hard to predict what the future holds for social media and Youtube, so for now, I’m just taking advantage of the space it allows for me to create and express myself. I think part of what motivates me to keep up my online presence is because as an artist it brings me more opportunities and revenue to sustain my art creation (it’s also part of what helped me get my job at Twitch haha). Having online presence can be a very powerful tool if used well, and I think it’s almost vital for any artist nowadays. 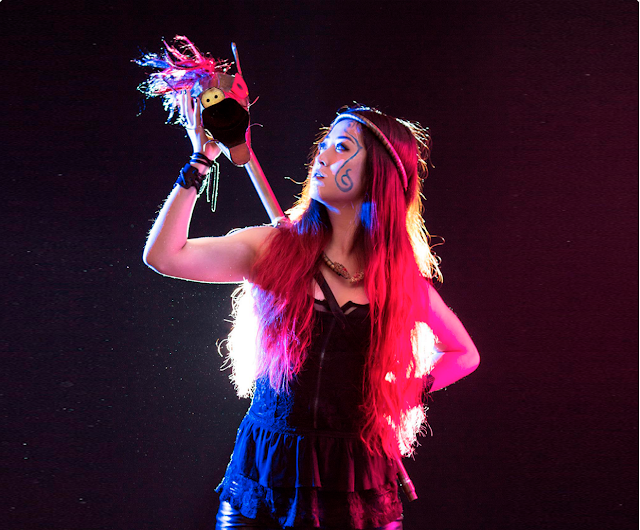 
EA: Have you had any negative encounters online from "fans" harassing you, being negative, etc?

JS: Of course! On a daily basis. It’s something I’ve just gotten used to because it’s something I’ve had to deal with since I first started making videos. There will always be keyboard warriors and it’s just a part of the Internet. I think one good thing I’ve gotten out of it though is more resilience to criticisms and insults, especially those targeted at my artistry, which tend to cut a bit deeper. At this point though, I’ve learned to just ignore the dumb comments and kind of just laugh at them (and share them in the #exposed channel on my Discord server, along with creepy, cringeworthy privates messages I get sent). It’s all in a days work of being a female content creator online. But I’m lucky that 99% of people have been nothing but overwhelmingly kind and supportive, and they’re much more worthy of a shoutout ;)

EA:  Thank you Jenn for taking the time to do this follow up interview.  Stay safe out there!

You can find more information about Jenn Sakura here: