One of the silver linings (if there is one) of this current crisis is that it has forced Eclectic Arts to get creative with our content.  What this means is that I have gone back to my roots and have focused on old school interviews.  It has been both nostalgic and a positive way to continue bringing new content to the readers out there during this trying time.

Lady Rage is a band I've been following since their inception.  Hailing from the UK, they are set to release their new single on May 2nd (see video link below).  Check out the brand new interview with lead vocalist Siren Sycho and let me know what you think! 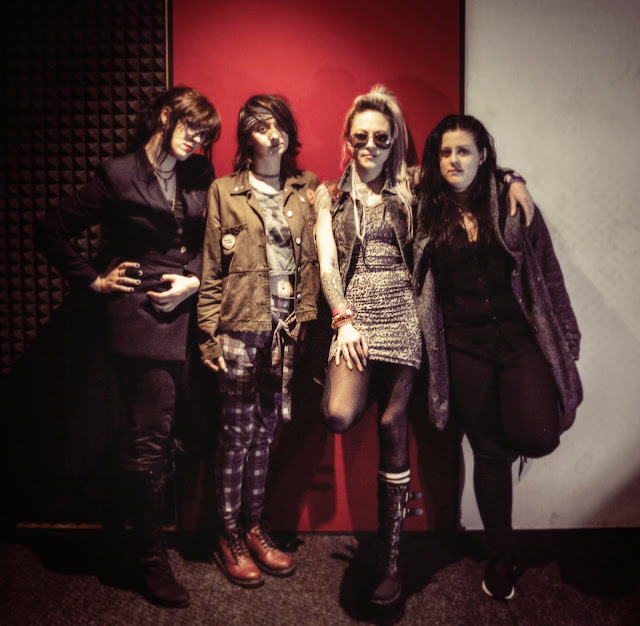 Eclectic Arts: Hi Siren Sycho! How are things over in London right now? What can you tell me about the state of the pandemic in the UK?

Siren Sycho: Argh!!! is my first reaction. It sucks. It’s taken over life and Lady Rage as we had to cancel all upcoming gigs. It’s really frustrating having to stick to the lockdown. I miss going to band practice plus we were finishing recording a load of tracks so that's been put on hold, too. I just hope it gets under control soon so music can return to normal and the band can get back on track. Also so people stop getting sick and the NHS can recover.


EA: I first heard your music from your previous band. Not to dwell on it too much but what happened to that band? It seemed like you were picking up steam when you left the band.

SS: Death Koolaid had been going over 3 years when I left and that was due to a few things. I think it had run its course and we weren’t really getting anywhere. I just didn’t have the love or dedication I did when I first joined so I decided it was time for a change and I think the rest of the band felt the same way. 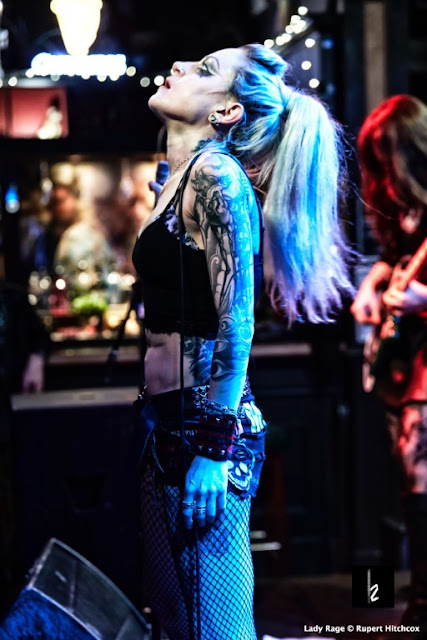 
EA: Tell me about your background please. What you were like growing up, how you got into music, what are some of your favorite bands, etc.

SS: Growing up I went from pre-teen innocence to full blown teenage grunger which then switched to emo later on. I was a typical school-hating, rule-breaking adolescent. I remember getting most of my secondary school to go on strike for a couple of days when they changed the rules on piercings not being allowed, that was fun.

I got into music mainly due to my dad. He owned a few bars which played alternative music. He took me to my first proper gig which was The Offspring and used to take me to festivals, too.

I like anything that’s angry or real sounding or has a good beat and I like the sound of. I mainly like alternative music but also rap/hip hop and went through a pretty big Dub Step and minimal phase, too.


EA: How did Lady Rage come to be? Tell me about the early days of getting the band together please.

SS: Lady Rage got to together May of last year, so we’re coming up to a year together. So the early days weren’t that long ago. Unfortunately, finding musicians these days relies heavily on advertising online. Most of the musicians I already knew were all already in bands so online was the only way. I put up adverts via some online sites and found the original line up either by them replying to my adverts or me finding them advertising themselves. We all got together for a practice and that was the start of the band. At the end of last year our bassist left so we found our new bassist, Quinn, through our drummer Kimono Slicer. 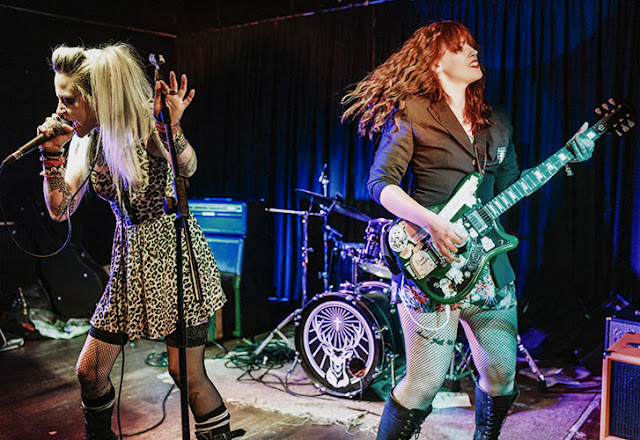 
EA: What is the goal of Lady Rage? What kind of band did you want to present to the world?

SS: After Death Koolaid I didn’t want to wait for a band to come to me and in the past after leaving my other bands I’d had some quite big gaps before finding another so this time I was like, I want to be in a badass all chick punk band! A few months later that's what I’d found and got together. I don’t want it to sound like it's my band. I may have initially got us all together but it's the rest of the girls that make the band and they all play a vital and huge role in what Lady Rage is. So we all wanted the band to be an all chick punk/rock band that looked good and sounded even better.


EA: What is the writing and recording process like for Lady Rage? Do you work on music together or do you work on things individually and then come together to complete songs?

SS: Usually Abomb, our guitarist, will bring riffs she’s written to practice then Kimono Slicer, our drummer, will fit beats around them, then Quinn, our bassist will write the bass line around them. Or Quinn will come up with a bass line and Abomb will workout a guitar riff to that then Kimono Slicer will work out a beat that way around. Either way I wait for the song to be mostly written with a structure sorted before I write and fit lyrics to it.


EA: How important is image to Lady Rage? Does the band discuss how you're going to present yourselves on stage or your online presence?

SS: Image is pretty important, especially for me as I’m the one standing up front on stage with no instruments to hide me (laughs). I think we all want to look cool and want our image to definitely stand out from others. At the end of the day we are chicks so we often do discuss what we’ll be wearing for gigs or before we did our photoshoot. At the same time we want our music to also be a huge factor in the way people see us. 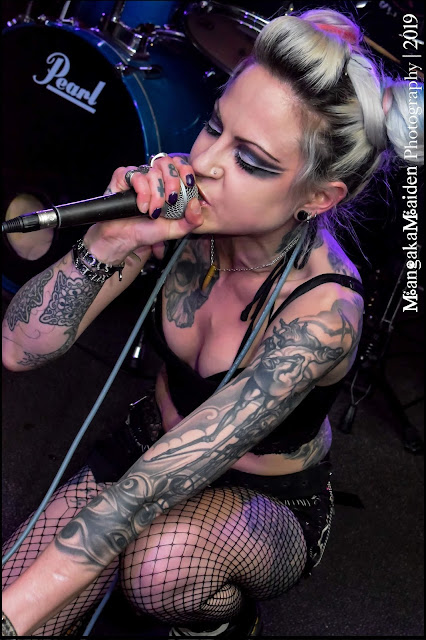 EA: Are you involved with any other musical projects outside of Lady Rage? Do you have other creative outlets (writing, painting, dancing, etc)?

SS: I have one other possible musical project that’s in very early stages but due to the current situation it’s been put on hold, that’s all I can say about that right now.

My other creative outlet, well, it’s what I do for a living is that I’m a video editor. I edit all the Lady Rage videos; our vlogs, lyric videos, live stuff and all our promo videos, anything we want out there really. Outside of the band I edit music videos, lyric videos, live videos, documentaries, live events, festivals, club nights, trailers for films, on the road tour videos, adverts, weddings and again anything you want editing. If anyone reading this needs anything edited then get in contact.

EA:  Are you self taught as a videographer or did you take some classes?

SS:  At uni I studied Communication Design BA HONS which helped me develop my skills but I mainly taught myself with the help of the odd YouTube tutorial (laughs). 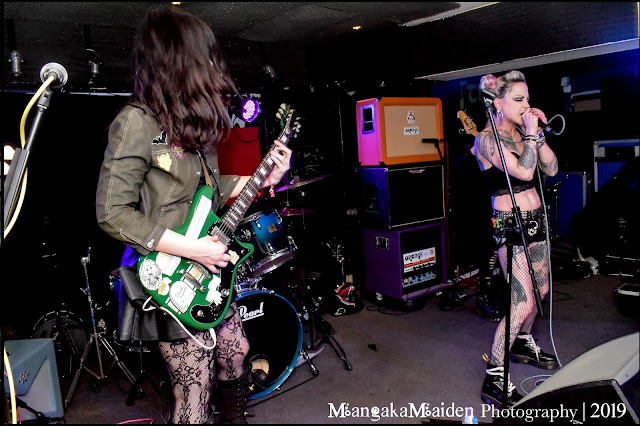 EA: If you had to describe the other members of the band, what would you say about each of them?

SS: Abomb (guitarist) - She’d probably hate me saying this but we’ve just nominated her as band mum as she’s the most responsible, she’s a great friend, has a very dark sense of humour (that I respond to very well), and a geek like spirit that makes her as unique as they come but in the best way possible.

Quinn (bassist) - I haven’t known Quinn for as long but she’s quickly become a vital part of the band. At times she’s like a stand up comedian so brings us a lot of laughs. She says what she thinks about things and has a very distinctive quirky personality.

Kimono Slicer (drummer) - She’s very giving and I’ll never forget all the times she drove me to and from practice, we got in a lot of one on one times driving around so we got to know each other pretty well quite quickly. She has a similar sense of humour to me so we get each other’s sarcastic jokes and we both love a bit of gossip, which always goes down well. She produces and records all our songs so is very dedicated to the band making her another perfect member.


EA: Where do you see Lady Rage in, say, five years from now?

SS: Hopefully not on lockdown and out touring the world. Playing festivals and getting our music out there to the masses. Would be good to find a manager and a PR agency to promote us properly. 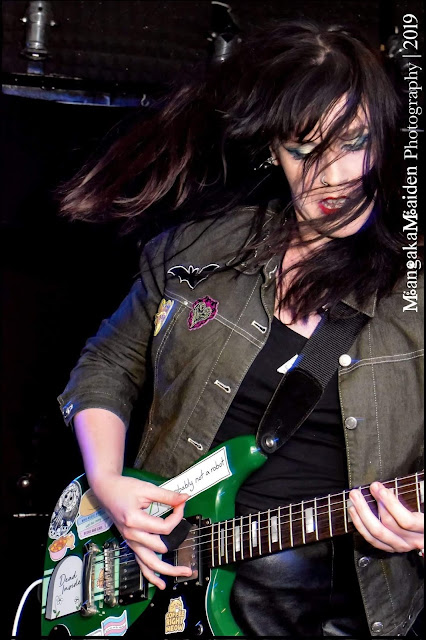 EA: What future projects can the fans expect from Lady Rage?

SS: We have a new single “Not Joan Jett” coming out May 2nd, along with a lyric video.

When the lockdown is over we’ll be making a music video for a future single we’ll be releasing.

We’ve been bringing out online vlogs so watch out for them, either via our YouTube channel or our Facebook page.


EA: Thank you for taking the time to do the interview Siren! 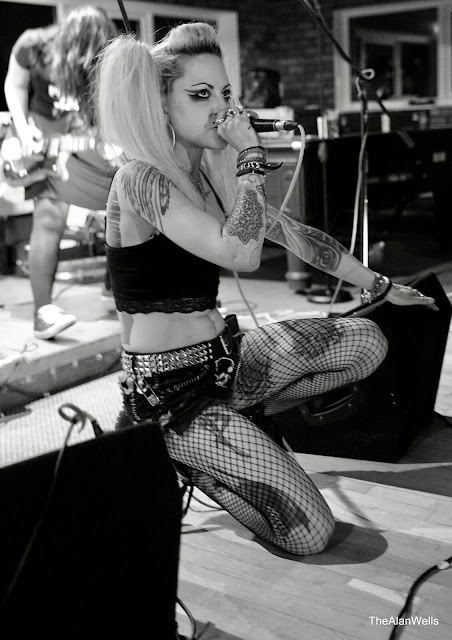 Posted by Eclectic Arts at 4:36 PM