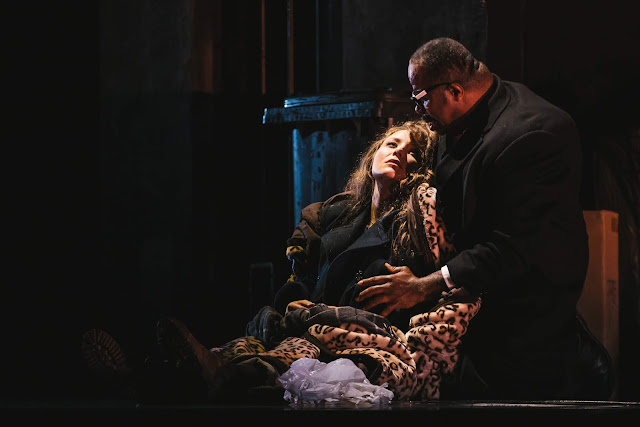 The 2019-2020 season of the Seattle Opera is upon us. Opening this year with Verdi's, "Rigoletto", Saturday night was a buzz with excitement as any opening season is for the Seattle Opera but, also, because of the new take on this opera classic.

Stage director Lindi Hume transformed Verdi's tale of power and revenge in 2012 to update the themes to fit a modern audience. The die-hard opera fanatic may take exception to this or any opera that is updated but for those who are new like myself, the updating worked on many levels. 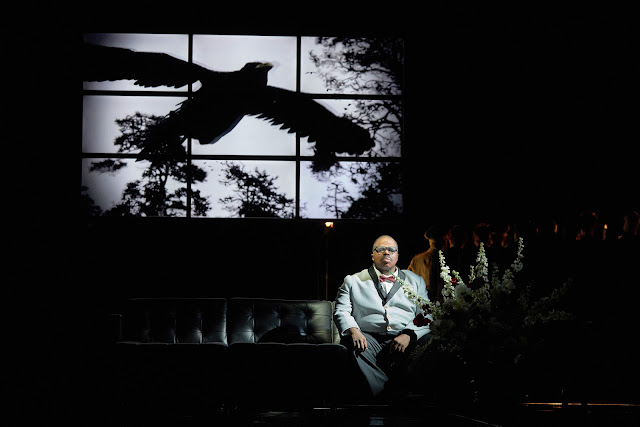 
The Duke of Mantua (played by Liparit Avestisyant) is still ever the womanizer, with his jester Rigoletto (played by Lester Lynch) assisting the Duke in his conquests. Gilda (played by Madison Leonard), Rigoletto's daughter, becomes the target of the Duke's affections which sets the wheels in motion as Rigoletto tries to keep his naïve and sheltered daughter out of the grips of the Duke.

The plot to kill the Duke was expertly played out and without completely ruining it, as in most operas, things end tragically. 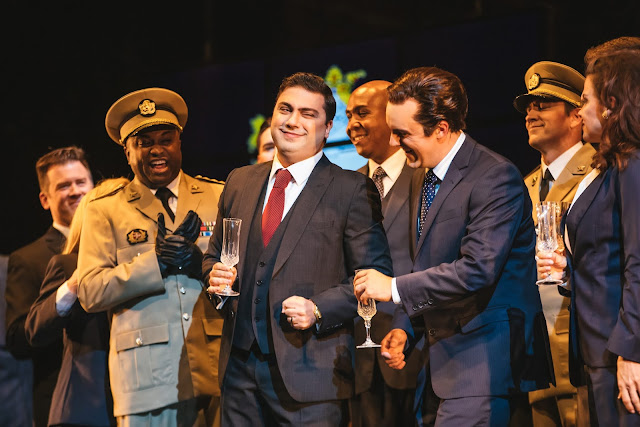 The cast on opening night was absolutely stellar across the board. The subtle nuances each performer put into their performance was mesmerizing. The more opera I review, the more in tune I'm becoming with the details. I still have much to learn but I'm slowly getting there.

The staging was practical and somewhat simplistic - which worked for this opera. The focus fell on the performers more so than the environment. The big chorus pieces were strong and lively from chorusmaster John Keene. 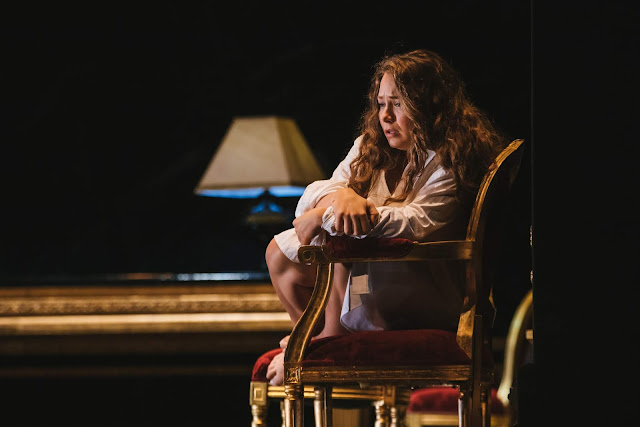 
The modernization of this opera should entice both young and new opera attendees. There is always the quest to maintain the roots of any arts (opera, ballet, theatre) while attracting new generations - otherwise the art form dies with no audience. Seattle Opera's, "Rigoletto" is the perfect opera for those that have never attended one before. It is executed to the highest degree of art and also features one of the best-known arias in the second half that most people would recognize the melody, if not the actual piece of music as well.

Under the fourth General Director of the Seattle Opera, Christina Scheppelmann, the future looks as defining as all the previous seasons of opera here in Seattle. 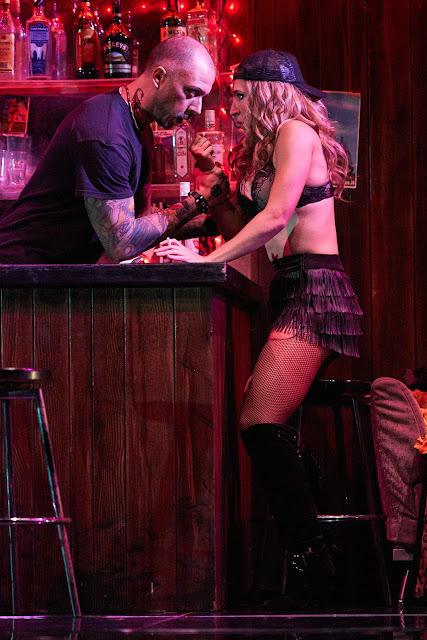 
If you have ever once thought about attending a performance at the Seattle Opera, now is the time to do so. Take the leap and attend a performance of, "Rigoletto". It is the perfect opera to start your opera journey on.

See you at the opera!
Mark Sugiyama
Eclectic Arts
EA on FB
EA on IG
EA on YT

Special Thanks: Gabrielle for the credentials - thank you so very much for the opportunity! I sincerely appreciate it!
SEATTLE OPERA OFFICIAL SITE 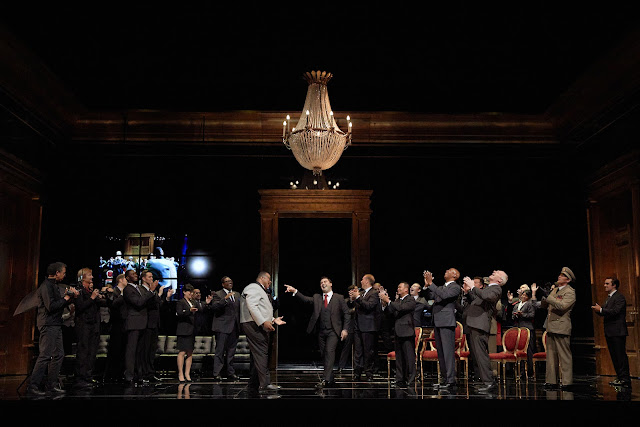