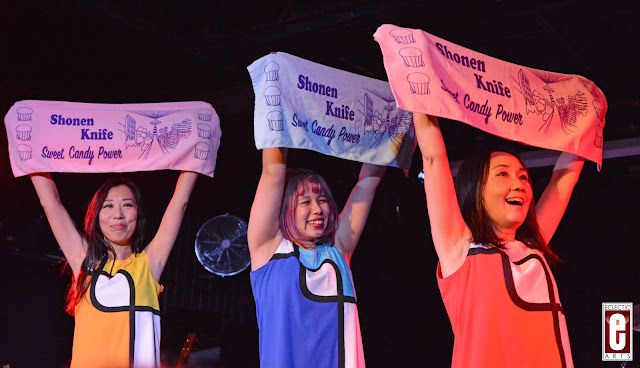 Friday night at El Corazon, the wonder trio known as Shonen Knife was ready to bring their, "Sweet Candy Power" tour to the Seattle masses. Labor Day weekend in this town is always hard on touring artists. The big "B" festival at the Seattle Center is always direct competition as is PAX West for the gamers. But this didn't deter the hardcore Shonen Knife fans from showing up!

Naoko, Atsuko, and Risa hit the stage (in tops designed by Atsuko again) with their brand of power punk pop. The set list jumped around from classics like, "Twist Barbie" and, "Banana Chips" to new songs off their latest album, "Sweet Candy Power". 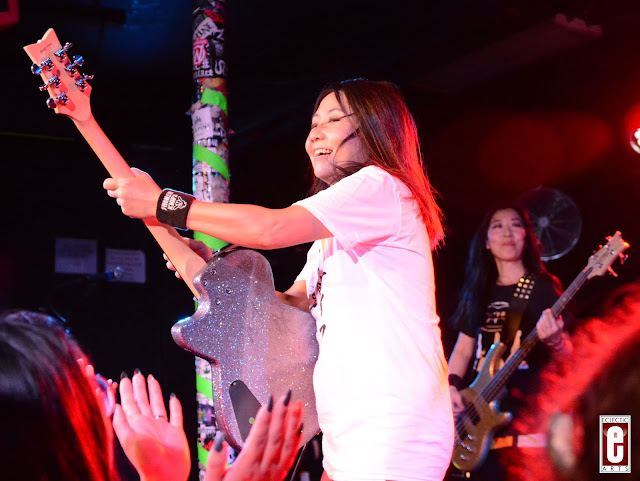 The crowd at El Corazon packed into the front and the back area and sang, clapped, and yelled all throughout the set. Shonen Knife play such upbeat songs with lyrics revolving around such fun topics as candy, green tea, and banana chips, it is damn near impossible not to have a good time at one of their shows.

For the uninitiated the band started out in 1981 as a mix of pop and punk. Shonen Knife influenced countless alternative bands from Sonic Youth to Nirvana. 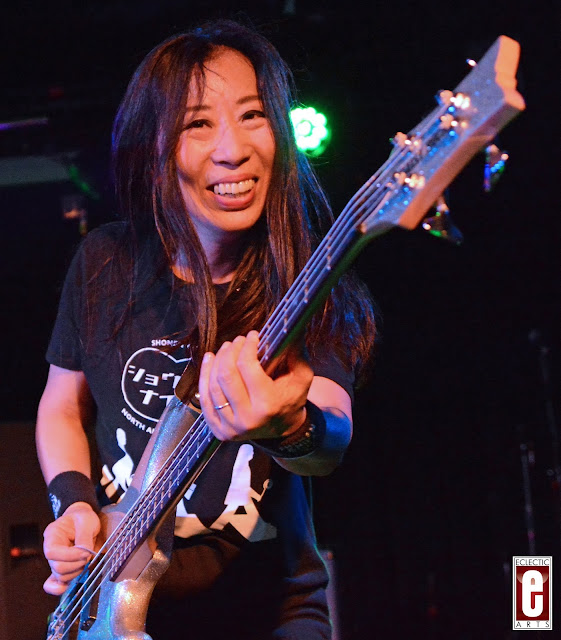 Once again, I was planted on Naoko's side of the stage - watching her sing and play guitar while her sister Atsuko thumped away on the bass and Risa smiled the entire show while bashing the crap out of her drums.

The set absolutely flew by! I couldn't believe it was over when Naoko mentioned the band would be at the merch table to meet the fans. I brought two friends that had never heard of the band - they left as fans (and bought merch)! 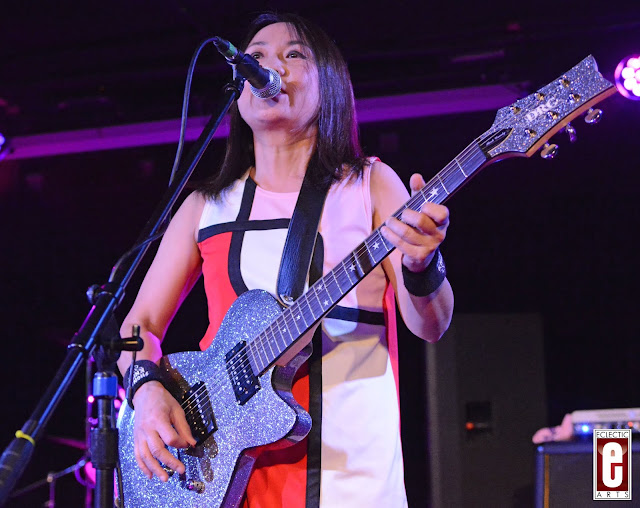 Shonen Knife is uniquely fun. I've been fortunate enough to cover the band twice now and they do not disappoint. Shonen Knife equals a fun time. Catch them while they're on tour in your town!


Special thanks: Andrew for the credentials - I appreciate it! Thanks also to Kenny (the TM) for making the interview process smooth and easy.  Safe travels!


The show was opened by The Fucking Eagles from Tacoma. Rarely do I see a local band that grabs my attention but The Fucking Eagles had mine. A mix of rock n roll with classic influences from the 50's mixed with a bit of rockabilly, the band were tight and got things started in fine fashion.
BANDCAMP

Next up was Ichi Bichi from Seattle. I saw them open for Shonen Knife three years ago so I knew what to expect. They are a perfect band to pair with Shonen Knife. Similar music and style (which is hard to find), the band was positive and fun.
FACEBOOK

The third band was a touring band Me Like Bees. By this point the floor was getting packed and there were definitely fans of the Missouri based band in attendance. I loved what I heard. It's always awesome when I can attend a show and learn about a new band that I know nothing about that can play. And these guys can play! The crowd was into the band and they made a lot of new fans after their set - me included. I hope they make it back to these parts sooner rather than later.
OFFICIAL SITE

Four kick ass bands on the bill last night at El Corazon. Who needs that overpriced "B" festival when you can support local and touring bands like last night's lineup?  A perfect night of music! 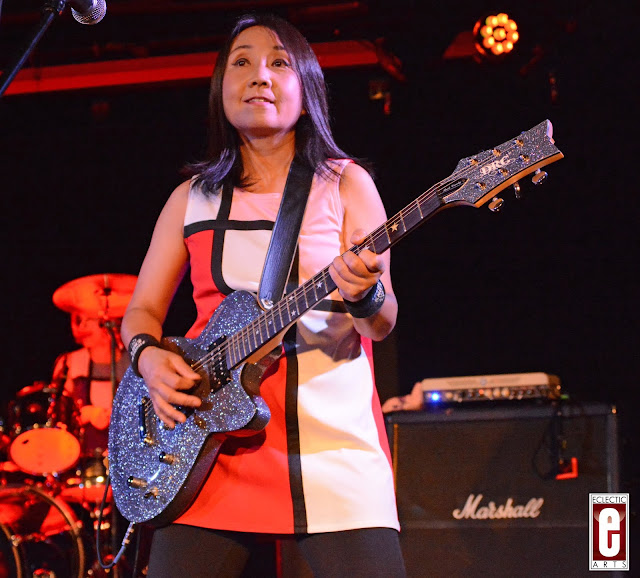 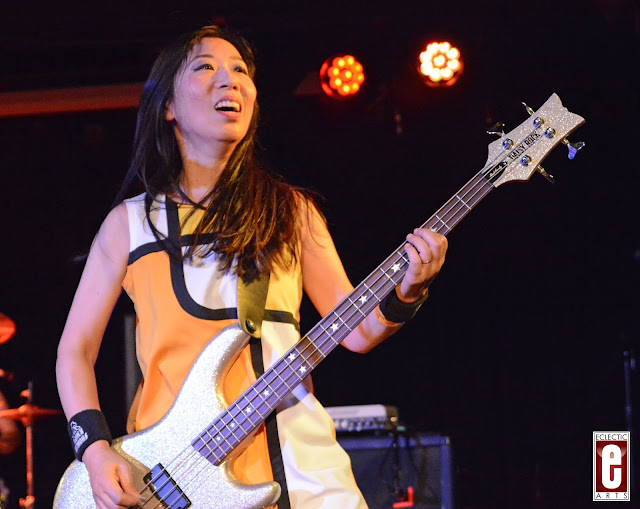 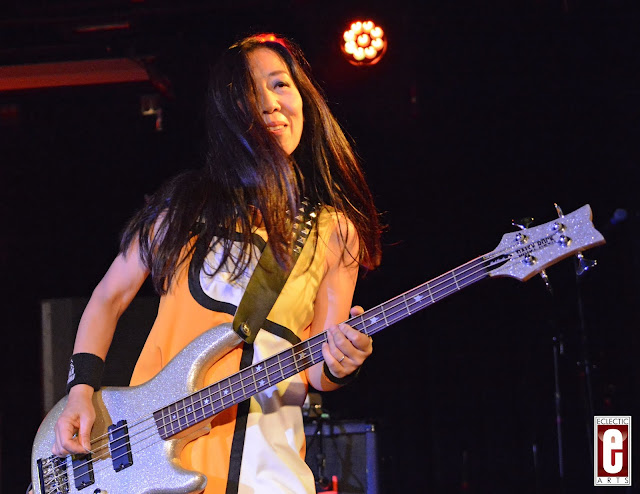 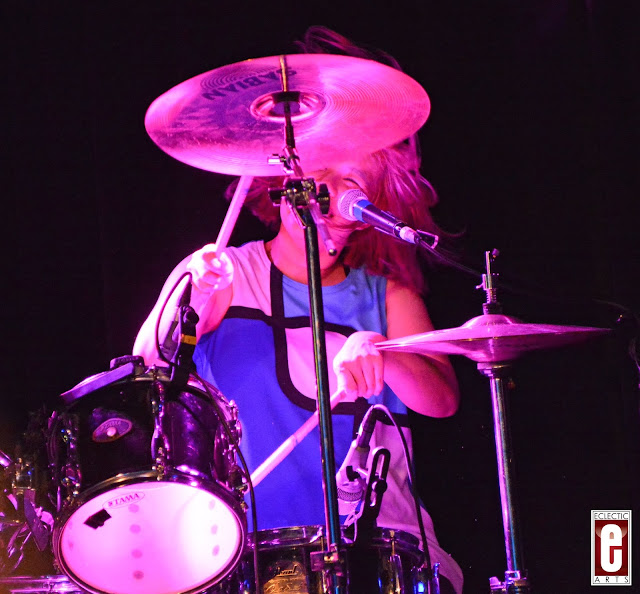 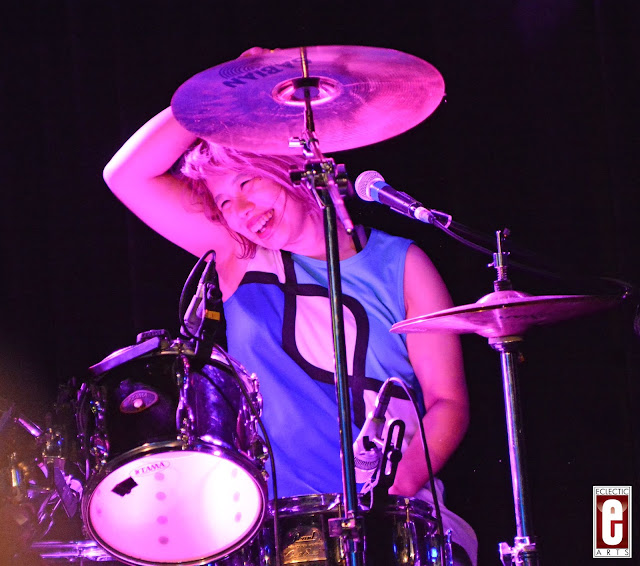 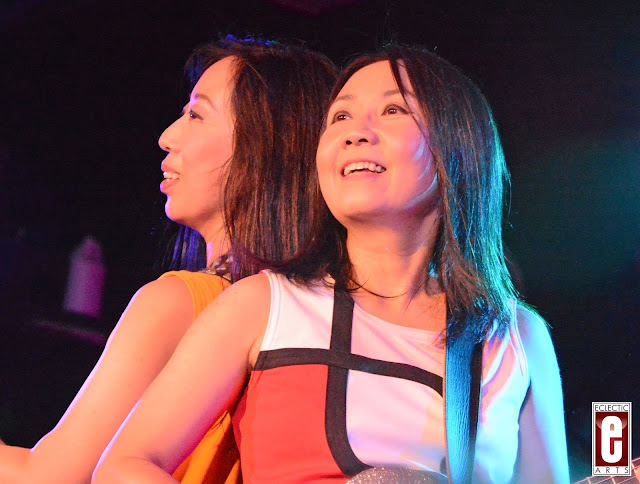 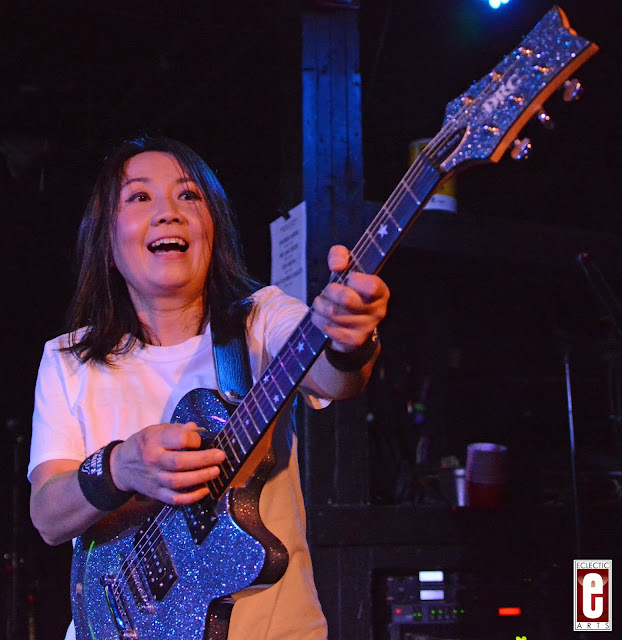 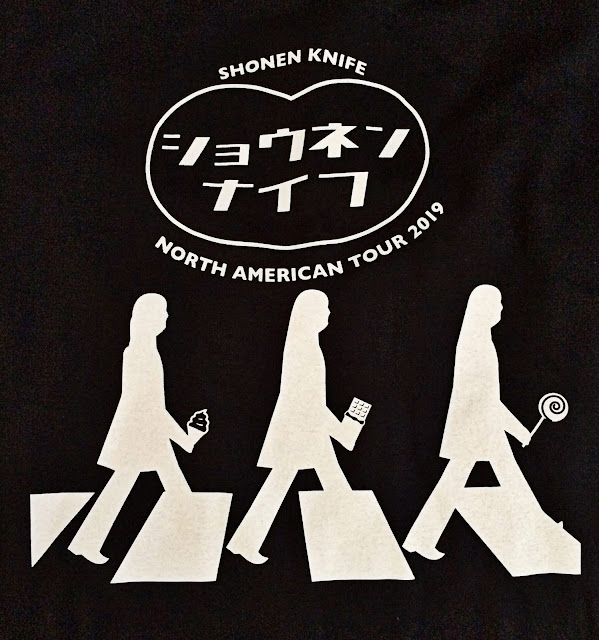 Posted by Eclectic Arts at 5:17 PM