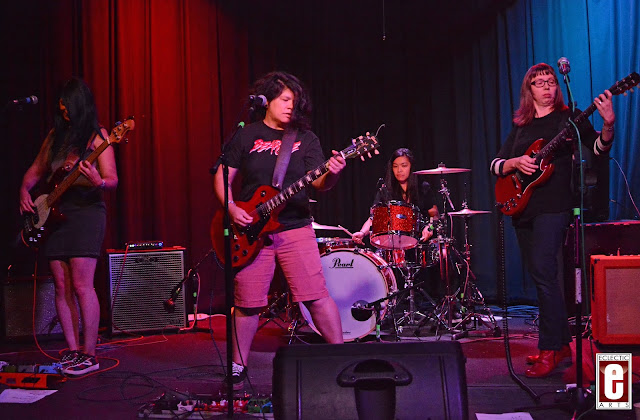 There is never enough time in my schedule to cover everything. I'm always looking to find balance in my life so covering show after show is something I try to avoid whenever possible. The rub comes in that the more established Eclectic Arts becomes, the harder it is for me to cover local artists. And I love covering local artists. So, with balance in mind, I reached out to Another Perfect Crime about their upcoming gig at the Vera Project in Seattle.

I saw something on social media about the show and then checked them out online and liked what I heard. I had also never covered a show at the Vera Project. I've known about it for years but never saw a show there - until last night. With two other local artists on the bill I was looking forward to seeing what the local scene had to offer.

Another Perfect Crime is a quartet - Jeanne (guitar/vox), Natalie (bass/vox), Teresa (guitar/vox), and Cheerful (drums). The Vera Project stage and room is larger than I expected. I'd book that room over a few others in the city for sure. There was a good turn out of friends and family for all three artists on the bill.

As someone that prefers to highlight the positive as much as possible, inherently there can be backhanded compliments if I praise one member over another. However, in some cases, it just can't be helped. So, please read this in the right spirit.

Jeanne is a fucking force!

When a band is lucky enough to have a member that has that ever elusive "it" factor, they need to ride that as far as they possibly can. Jeanne is that factor in Another Perfect Crime. Similar to Cliff Burton (RIP) in Metallica, there is an aura around Jeanne when they are on stage. You can't take your eyes off of them.

Don't get me wrong - the rest of the band are no slouches. I always notice drummers - good and not so good. Cheerful is good. Maybe even great. The drummer is the engine in any band, regardless of genre, and Cheerful had Another Perfect Crime in high gear all night long.

The two veterans/founders of the band - Natalie and Teresa - added their own personality to the proceedings. The bass was never stuck on root notes for very long, which was a welcome addition to Natalie's vocals. Teresa added textural elements on the guitar complimenting Jeanne's guitar work as well. She also sang lead and backgrounds on a few tunes.

Lyrically the band do not hide the fact that they are a socially conscious group. From using Tweets from 45 in a song to writing about the environment, its refreshing to see a band stand tall and just say it like it is. In some ways that reminds me of the old Riot Grrls movement from the 90’s (which is still alive today btw).

The band started in 2006 so they've gigged around locally and abroad, and have released a few studio recordings to boot. They are getting ready to enter the studio to work on their latest release very soon.

Another Perfect Crime was not a crime at all. They were a musical and artistic gift to all who attended last night.

Special Thanks: Another Perfect Crime for the credentials - I sincerely appreciate it. Thank you!

The show featured two other local artists. The first up was King Sheim. Fronted by Celeste, the band was on point. Two guitars, bass, and drums, King Sheim hit the stage and Celeste just let loose - just like you're supposed to as a performer. Rehearsal is the time to tweak the crap out of your music. The stage is when you perform. I'd much rather hear a mistake or two (not that I did) than see a note perfect performance that was lacking in energy. King Sheim were not lacking in the energy department by any means. They got things started in a grand way.

The second artist was Supercoze. Singing and playing guitar, the artist sang their heart out on each tune - perhaps with some of the best lyrics of the night. I enjoyed what I heard. I would make one very minor suggestion - consider changing up the guitar sound on some tunes. The heavy effects on the guitar worked for some songs, but made each song sound a bit similar when they really weren't. A simple foot pedal switch to go between one programmed sound for some songs, and another sound for other songs, would open up the audio spectrum a bit more. Just a minor suggestion.  Overall, I definitely liked what I heard from Supercoze as well.

Overall - three distinctly different artists that also felt completely at home with one another on the bill. A great night of live music in Seattle! 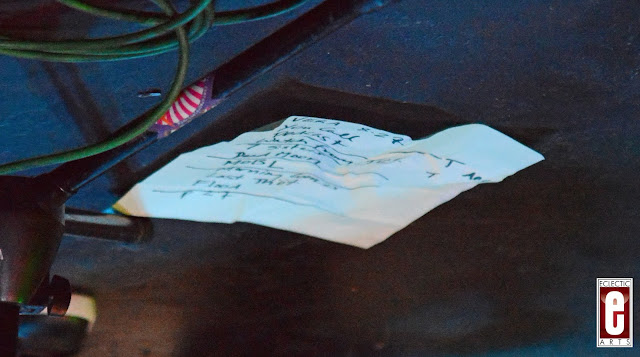 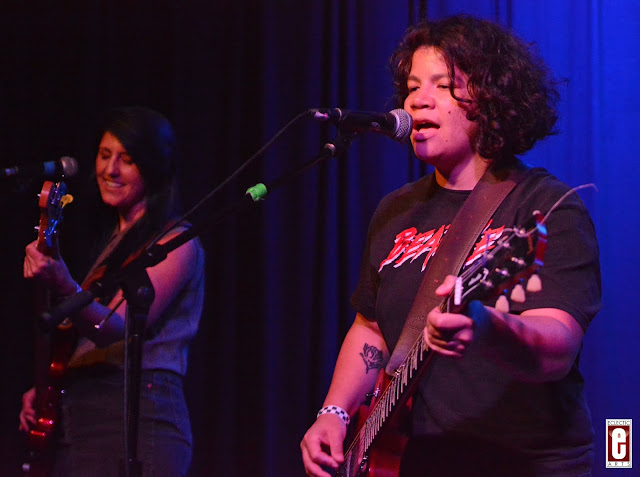 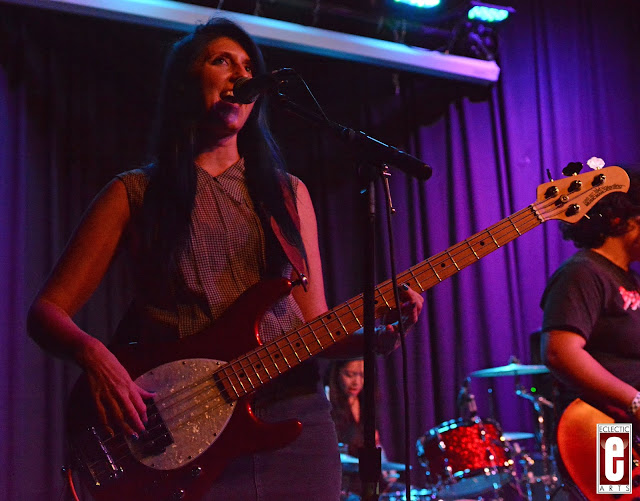 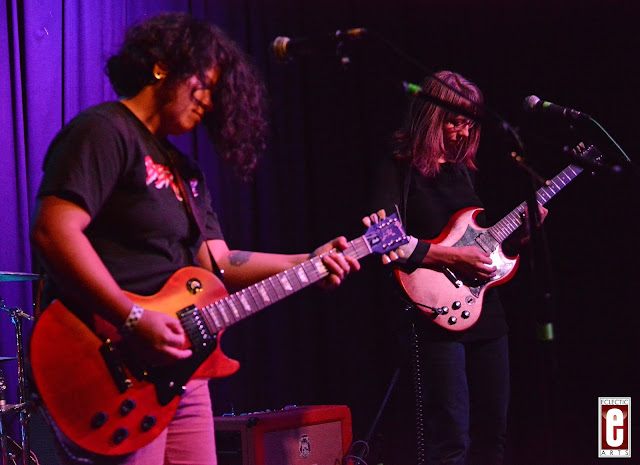 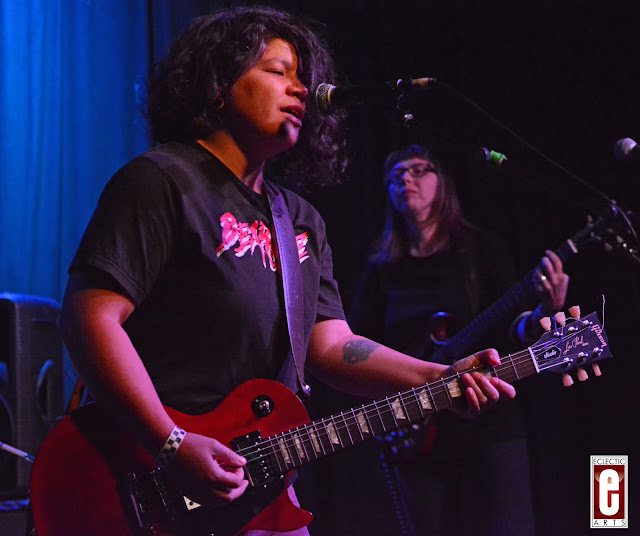 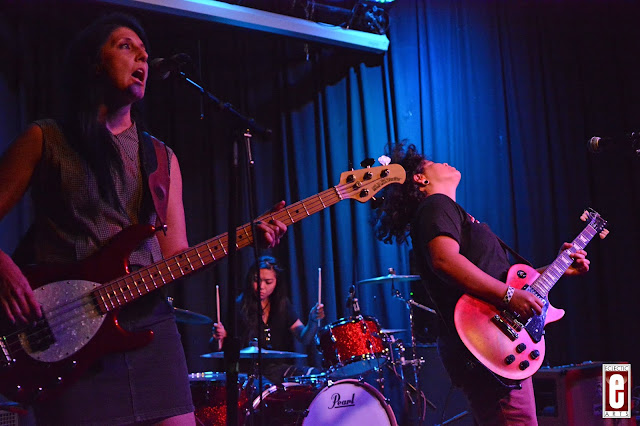 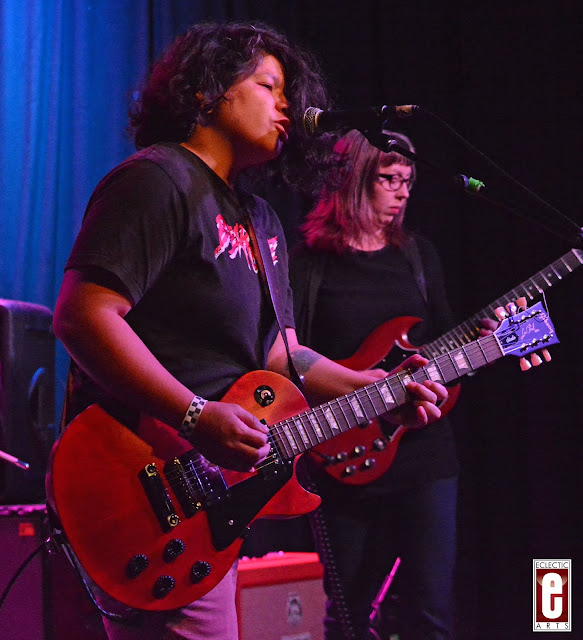 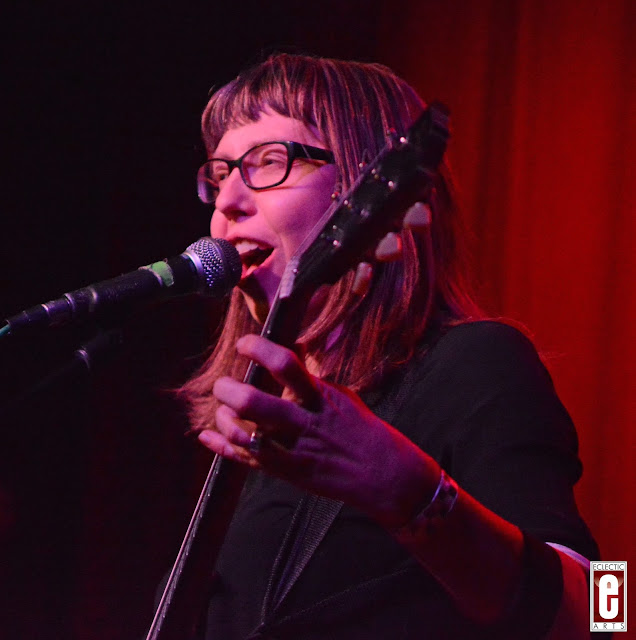 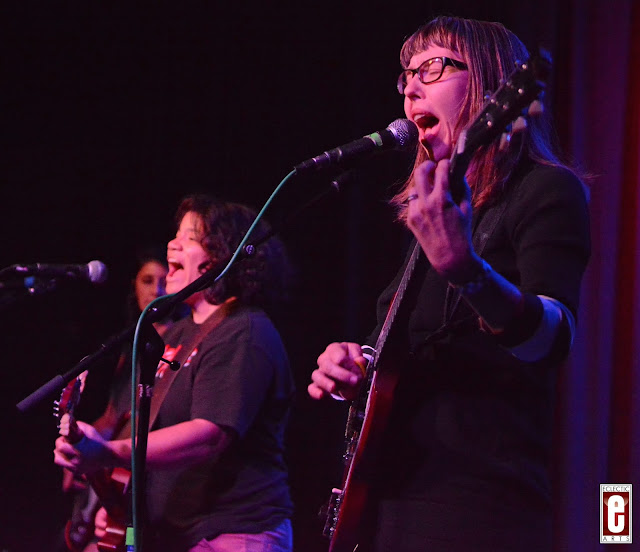 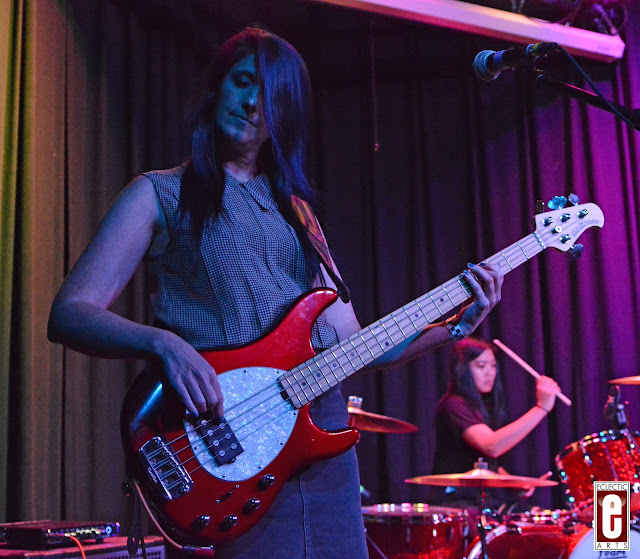 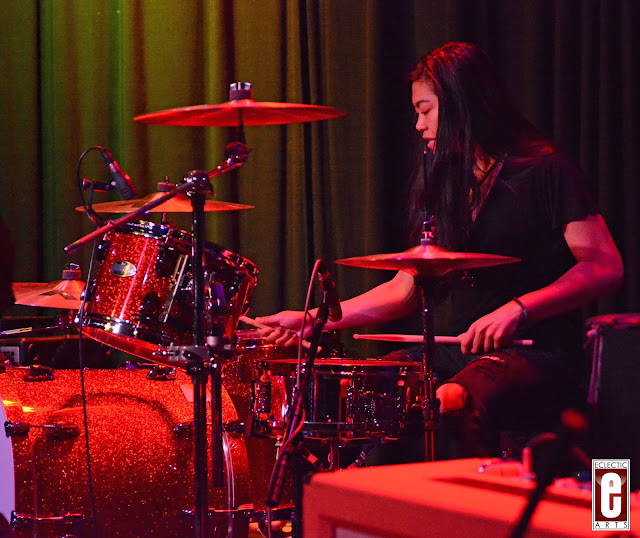 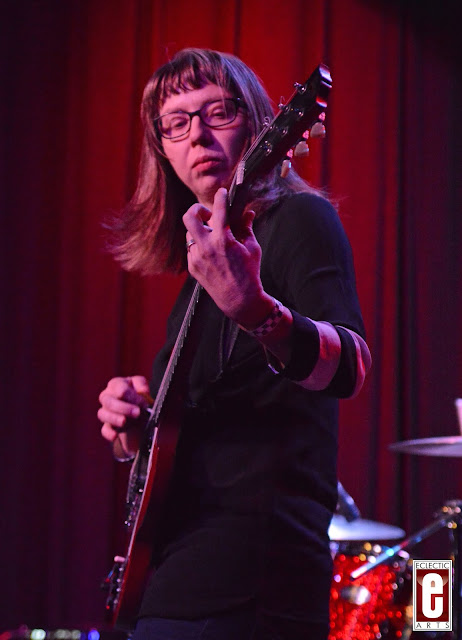 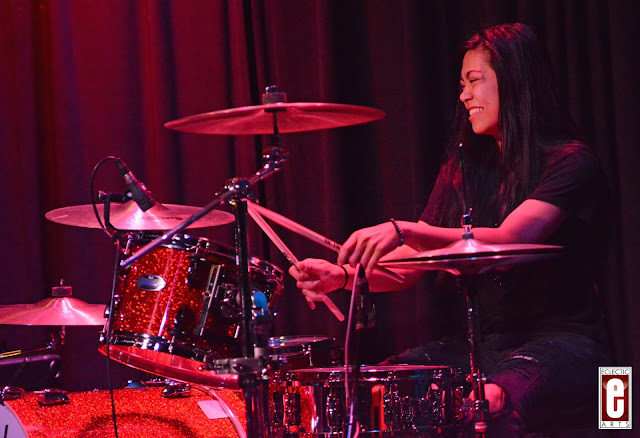 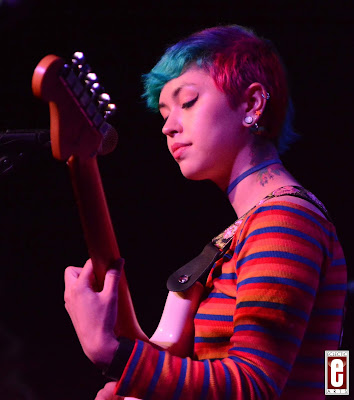 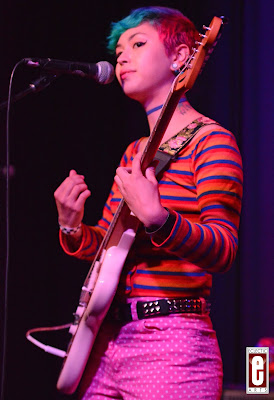 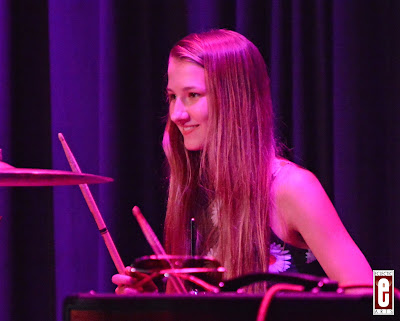 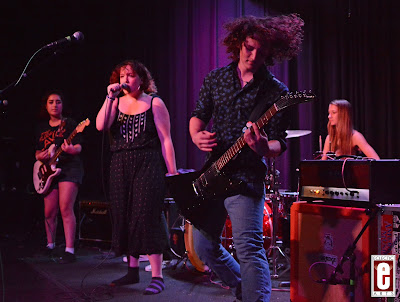 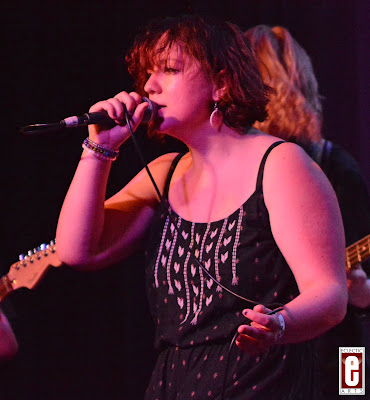