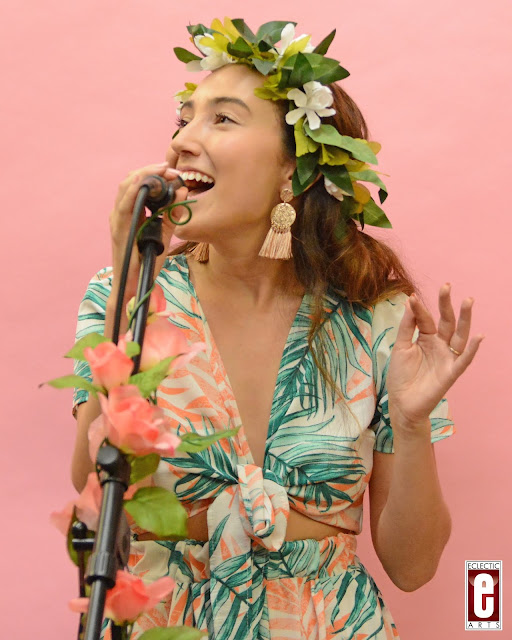 As August got closer to September, ma nature decided to remind us that summer wasn't over just yet. 89 degrees for a high at Sea-Tac created the perfect atmosphere for Mariah Belgrod's, "Lie To Me" single release luau on Wednesday night at Turntables and Trails in the Greenwood neighborhood of Seattle, WA.

Every now and then - maybe twice a year - I find myself feeling the need to give a bit of perspective on what I do here at Eclectic Arts. I don't take myself too seriously but I do take my work seriously. Eclectic Arts started from absolutely nothing. It wasn't even an idea back in 2010. I remember the early years of never hearing from anyone regarding coverage of their event (99% concerts at the time). I was happy when I heard back - even if it was a no. A no was considered progress. Eventually a few artists took a chance on me and things slowly progressed from there (emphasis on slowly).

I went to my first concert when I was nine years old and I haven't looked back. I am a devout music junkie. Always have been. I'm a long time musician as well. My opinion and critique may not match the likes of the large media outlets, but I do feel I'm an informed reviewer of music and I'm working on matching that with the arts areas that I am fortunate to cover.

I am always grateful for the opportunities I've been afforded over the years. I don't mention artist's names or venues or credentials to impress anyone. I merely state them so that new artists know I've been around the block a time or two. So, yes, I cover a wide range of music styles and genres as credentialed media. Yes, I review the local arts scene here in Seattle as credentialed opening night media. Yes, you may find me working at a comic con, craft brewery, restaurant, or anything else I find interesting. I'm equally comfortable dodging bodies in a photo pit at a Cannibal Corpse show as I am sipping a glass of fine wine at the opening night of, "Rigoletto" at the Seattle Opera.

On to the review! 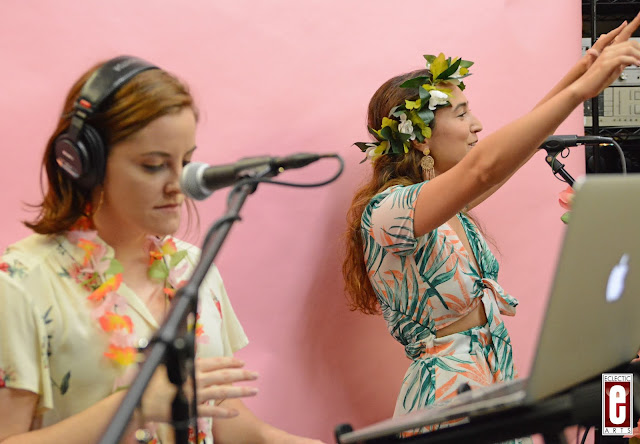 I came across her through social media. I went to YouTube, listened to a few songs, liked what I heard, and connected with her about upcoming shows. I had just missed a few this summer but luckily there were a few more coming up.

"Lie To Me" is the second single from Mariah Belgrod. From what I understand, Mariah amassed a large following due to her Smule recordings. She moved to Seattle over a year ago and is going after the brass ring full force (aka full time musician).

I wanted to attend the single release party/luau to hear one thing - her voice live. Busking on a corner, performing at an open mic, on a local bill of music at a club, a house show, a BBQ, opening for a touring musician, headlining a gig - it doesn't matter to me. I'm never deterred by a location of a performance (trust me - some media are and won't bother until an artist reaches a certain "level" - they're missing out).

Mariah sang a mix of covers and original material for a group of very supportive friends, family, and others (like me). 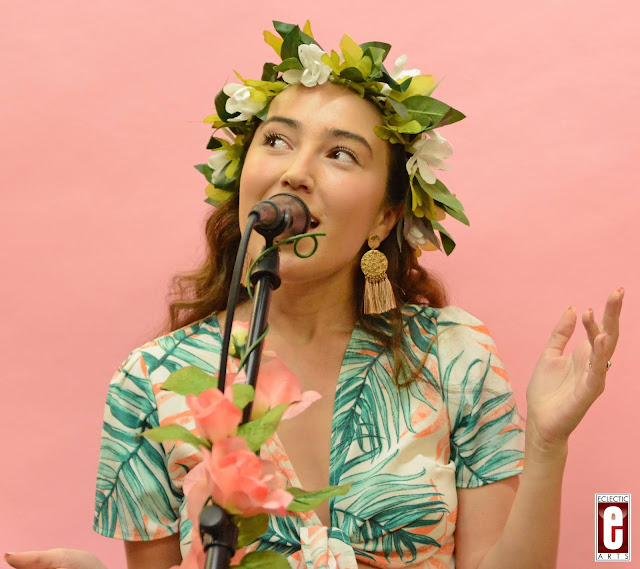 The verdict? Her voice met my expectations. Mariah can sing the pop tunes. She can sing the Disney tunes. I'm guessing she can sing pretty much anything she sets her mind to. She's that good!

But it's not just about the voice. Her interaction live is something I really want to see on a stage in the future (which may happen if I can make the next gig in September). Her positive personality shines through as she sings and performs. If you're singing pop, you have to have the whole package. It's one of the reasons being a pop singer is so difficult. The competition is massive. Yes one could argue with any genre of music the competition is massive but with, for example, heavy metal, you can plug away at your tunes and your stage performance without too much criticism. You have to have the riffs and other elements but that process can develop over time. Pop singers have to captivate, they have to engage, and they have to connect with their audience immediately. If you're advertised as a pop singer with a single release - people expect something catchy, something they can dance to, and something they can hum on the way home. Mariah checked off all those boxes. "Lie To Me" and her first single, "Empty Spaces", all showed immediate potential of greater things to come. 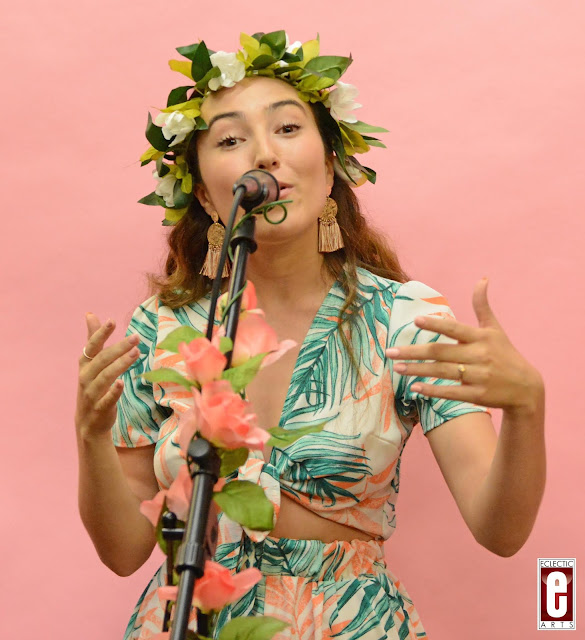 With my arts background, I'm slightly interested (who am I kidding - I'm super interested) in hearing Mariah belt out a show tune or three within a musical theatre performance in the future. That may not be the focus of her career but one can always wish - upon a star.

Mariah has the voice, she has the look, she has the talent, and she has the musical partner/manager that can help her rise to the next level in the industry. I'm so glad for social media (rarely can I say that these days) - otherwise this incredible talent would have slipped past my radar.

So - check out, "Lie To Me" by Mariah Belgrod on all the usual online platforms where you purchase/stream/listen to music. If things work out the way they potentially should - you'll be hearing from this artist in a very big way very, very soon.


Special Thanks: Mariah for the invite and credentials - I sincerely appreciate it. Thank you! 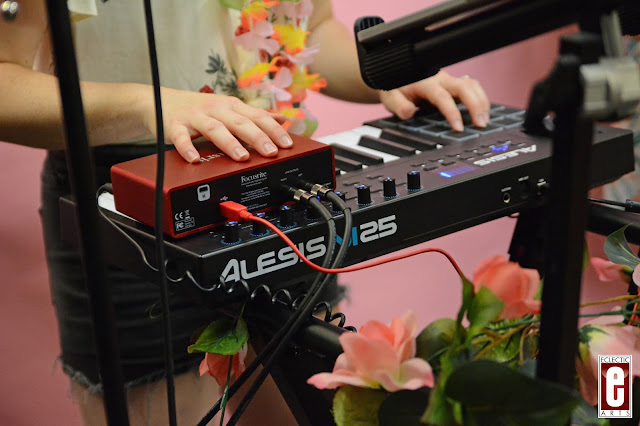 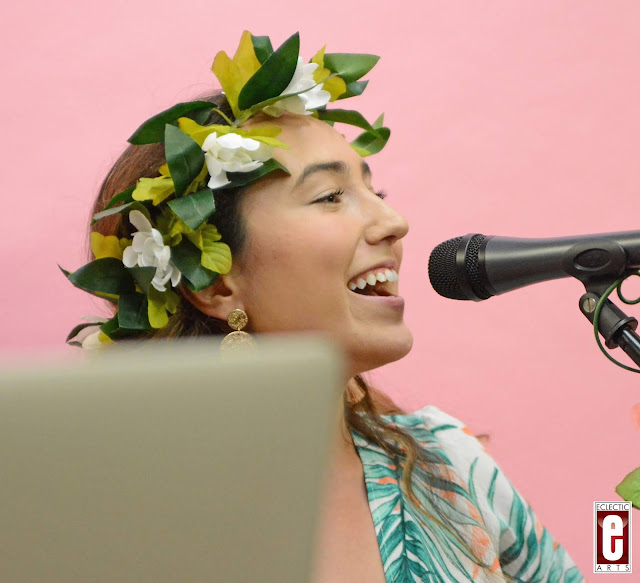